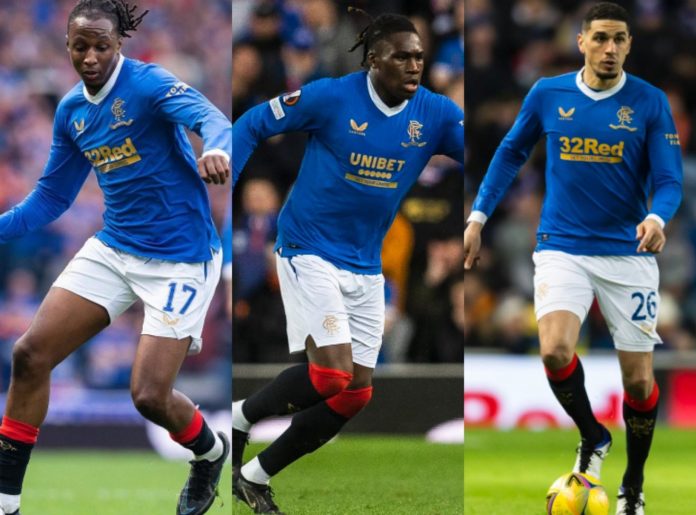 Super Eagles trio of Leon Balogun, Joe Aribo and Calvin Bassey helped Rangers bounce back from their Europa League heartbreak, as they defeated Hearts 2-0 after extra-time in the final of the Scottish Cup at Hampden Park on Saturday.

Rangers have now won a first Scottish Cup title since 2009 and their 34th in their history.

After a goalless 90 minutes, the game went into extra-time with Ryan Jack and Scott Wright scoring in quick succession in the early part of the first 15 minutes. 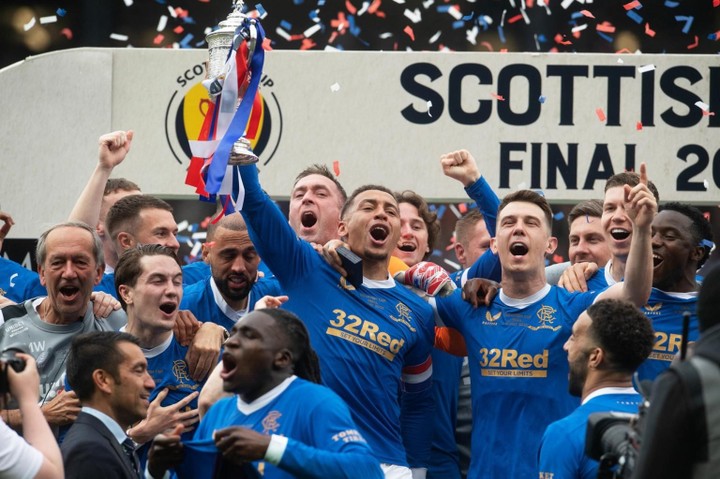 While Balogun and Bassey featured throughout the game, Aribo was replaced in the sixth minute of extra-time.
READ ALSO
Messi overtakes Ronaldo in club free-kick goals scored (See their statistics)

The first real chance of the game went the way of Hearts in the 10th minute but Ellis Simms hit the post from close-range.

In the 26th minute Rangers’ Ryan Kent fired an effort wide from the edge of the box.

Four minutes later Amad Traore sent a header over the bar from another terrific delivery from Bassey on the left-wing.

With 15 minutes left in the game Bassey created space and hit a powerful effort which was well saved by Hearts keeper Craig Gordon.

Rangers continued to probe for the opener and were almost rewarded with six minutes left but Balogun sent a header inches over the bar from a superb James Tavernier cross.

Wright could have won the game for Rangers in two minutes of added time only to see his looping header hit the bar.

Rangers were eventually rewarded as they took the lead in the 94th minute through Jack who got the ball on the edge of the box and smashed it high into the roof of the net.

Just three minutes after the opener, Rangers doubled their lead thanks to Wright with a brilliant finish.

Every effort by Hearts to get back into the game proved futile as Rangers held on to claim this season’s Scottish Cup title.