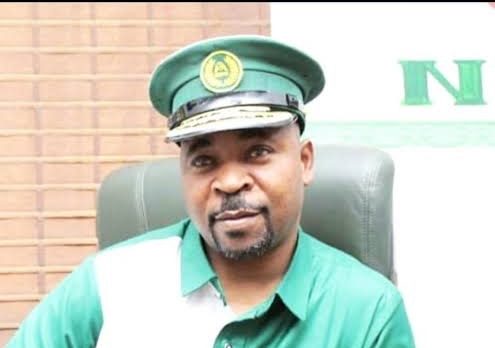 The Ikoyi Federal High Court has ordered the Chairman of the Lagos State Park and Garages Management, Musiliu Akinsanya, better known as MC Oluomo, and eight others to stop levying commercial drivers in the state.

The lawyer filed the application on behalf of himself and a new transport union, Transport Union Society of Nigeria.

In the application, Mr Ogungbeje had asked the court for an order to restrain all the respondents jointly and severally, whether, by themselves, their agents, officials, or whosoever called from forceful imposition, collection, extortion, further forceful imposition, and collection of any transport Union levies, dues, fees or monies Motor-Parks levies, dues, fees or monies, Bus-Stop levies, dues, fees or monies, Vehicle Garage levies, or any Transport Union Monies, dues or levies from any person, commercial vehicle driver and or transporter that is not a member of the respondents in connection with the facts of this case pending the hearing and determination of the Substantive originating motion filed before the Court.

He also asked the court for an order restraining Lagos State Government and its Attorney-General, jointly and severally, whether, by themselves, their Ministries, Organs, agents, officials, servants, or howsoever called from further enforcement or implementation of the N800 Transport Union levy due and money imposed on every transporter and commercial vehicle driver in Lagos State commenced on February 1, 2022, in connection with the facts of this case pending the hearing and determination of the substantive originating motion filed before the court.

He also asked the court for an order restraining all the respondents jointly and severally, whether by themselves, their agents, officials, servants, privies, officers and or howsoever called from arresting, detaining, harassing, embarrassing, humiliating, inviting, seizing and confiscating any commercial vehicle, disturbing and or interfering with the lawful Transport Business operations of the Applicant and his Transport Union members in connection with the facts of this case pending the hearing and determination of the substantive originating motion filed before the court.

On May 8, 2022, after listening to Ogungbeje’s submissions, Justice Lifu had ordered all the respondents in the suit to show cause within seven days from the day they were served with the application, why the orders sought should not be granted.

He, therefore, urged the court to grant all his reliefs as prayed.

Justice Lifu after listening to the lawyer’s submission and noting that all the respondents were served as directed by the court but failed to show cause, held that “all the reliefs sought for by the applicant are hereby granted.”