Home Entertainment “What is really going on?” – BBNaija’s Erica Reacts To Video Of... 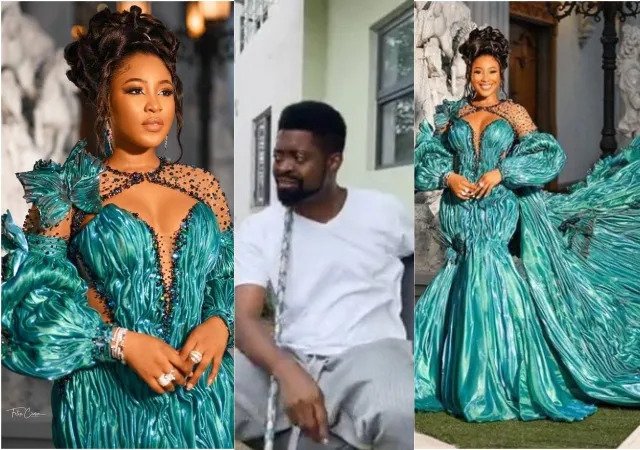 Erica Nlewedim, a reality TV show star, has replied to a video of Basketmouth and his colleague chatting to the AMVCA about her appearance, claiming that her dress cost N400 million.

Erica looked stunning in her dress, which became the center of conversation on social media, and Basketmouth and his friend decided to make a joke out of it, disbelieving her claim that she wore an entire house to the AMVCA.

The exact sum is unknown, however, Basketmouth claimed Erica’s looks at the AMVCA were N400M, implying she put on an entire mansion for the show.

Her reaction to this seemed perplexed as to what is going on in the video, but her admirers were ecstatic that her looks made it into a comedy sketch, implying that they are going viral, which is all that counts to them.

Her followers have done a lot for her, and while we doubt her looks are worth N400M, we believe it is based on how it was designed and how much her fans like her.