Home News Political News I never authorized the purchase of APC forms by any group –... 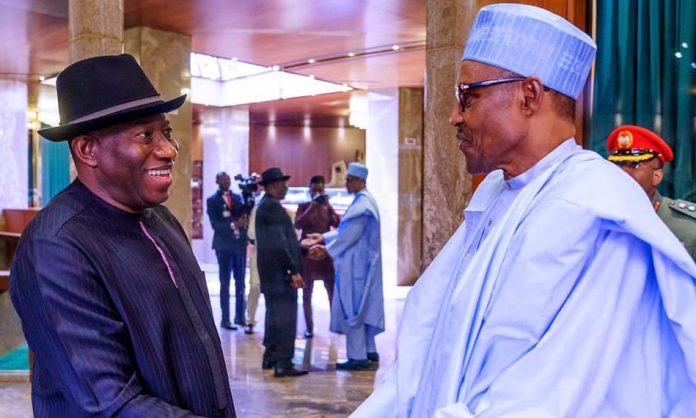 Goodluck Jonathan, the former president, has denied authorizing the purchase of presidential forms for him.

On Monday, May 9, a Northern group bought Jonathan’s nomination form, requesting that he run for president in 2023. According to the group, Jonathan is the only Nigerian politician who cares about Almajiris, having built schools for them throughout his presidency.

The former President said in a statement signed by his media adviser, Ikechukwu Eze, that he was unaware of the acquisition and did not authorize any group to do so.

“It has come to our notice that a group has purportedly purchased Presidential Nomination and Expression of Interest forms, of the All Progressives Congress APC, in the name of former President Dr. Goodluck Ebele Jonathan.

We wish to categorically state that Dr. Jonathan was not aware of this bid and did not authorize it.

While we appreciate the overwhelming request by a cross-section of Nigerians, for Dr. Jonathan to make himself available for the 2023 Presidential election, we wish to state, that he has not in anyway, committed himself to this request.”