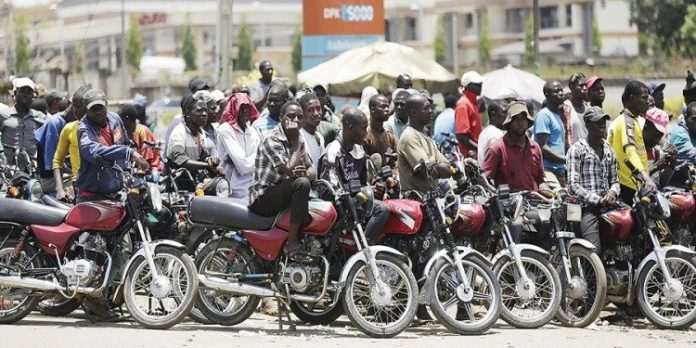 Babajide Sanwo-Olu, the governor of Lagos State, has declared a blanket ban on commercial motorcycle operators, also known as Okada riders, in six local government areas across the state.

This comes just two days after a state task team launched a major crackdown on Okada riders on the Lekki axis.

Ikeja, Surulere, Eti-Osa, Lagos Mainland, Lagos Island, and Apapa are among the impacted local governments identified by the governor.

Sanwo-Olu issued the decision at a meeting with the Commissioner of Police, Area Commanders, and Divisional Police Officers (DPOs) at the State House in Alausa, said the prohibition is indefinite and absolute.

The governor’s recent instruction looks to be a follow-up to the February 2020 limitation on commercial motorcycle riders’ activity in these locations.

Sanwo-Olu said the state government took the decision in line with the State’s Transport Sector Reform Law of 2018 to immediately address the chaos and menace created by the operations of Okada in the listed areas.

He told the police to enforce the order without compromise.

The Governor said, “After a critical review of our restriction on Okada activities in the first six Local Government Areas where we restricted them on February 1, 2020, we have seen that the menace has not abated. We are now directing a total ban on Okada activities across the highways and bridges within these six Local Government and their Local Council Development Areas, effective from June 1, 2022.

“This is a phased ban we are embarking on this period, and we expect that within the short while when this ban will be enforced, Okada riders in other places where their activities are yet to be banned can find something else to do. We have given the notice now and we expect all commercial motorcycles plying the routes in the listed councils and areas to vacate the highways before enforcement begins. The enforcement will be total.”