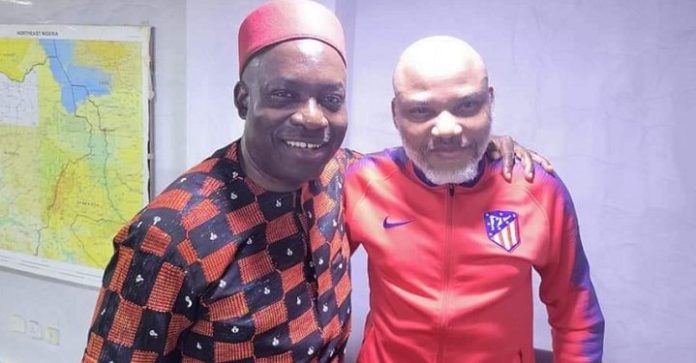 Professor Charles Soludo, the Governor of Anambra State, says Mazi Nnamdi Kanu, the incarcerated leader of the outlawed Indigenous People of Biafra (IPOB), has expressed sadness over the kidnappings and killings of innocent people, as well as the harsh implementation of the sit-at-home in the South-East.

This comes after recent fatalities and property devastation, as well as the routine implementation of sit-at-home by some groups claiming to be operating on behalf of IPOB in the South East.

After paying a visit to Nnamdi Kanu in his confinement facility on Friday, May 13, 2022, Soludo published a message on his official Twitter account on Sunday, May 15, 2022.

According to Soludo, the visit was part of a larger dialogue with key stakeholders aimed at achieving long-term peace and security in the region.

Soludo who stated that Kanu was in high spirit during the discussion, noted that the IPOB leader said that he would make a broadcast that would address the degenerating security situation in the region under the guise of agitation if given the opportunity.