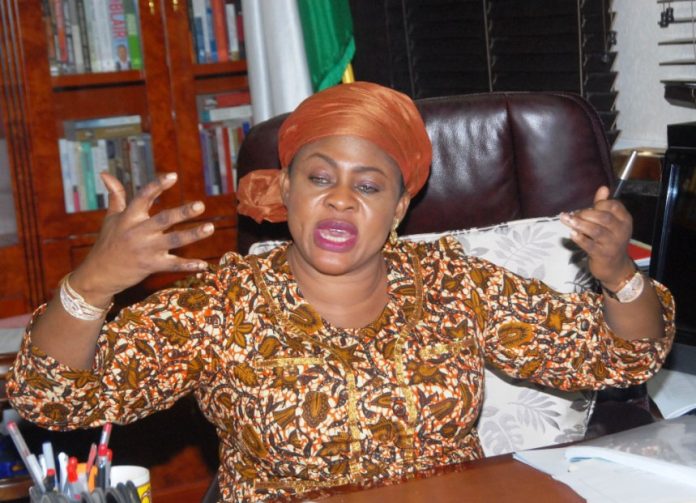 Stella Oduah, the former Minister of Aviation and Senator for Anambra North, has responded to claims that she did not complete her service year.

This was communicated in a letter that reportedly acted as a response to a request made by Concerned Anambra North Peoples Democratic Party Stakeholders, as previously reported. The group had requested that the service verify the senator’s claim that she had misplaced her NYSC certificate.

According to the investigation, Oduah was mobilized for national service in the 1982/83 service year and was deployed to Lagos State, but she absconded after the orientation and never completed the service.

Stella Oduah, on the other hand, has responded by sharing a photo of herself in NYSC uniform as well as a document from NECA confirming that she completed her NYSC. 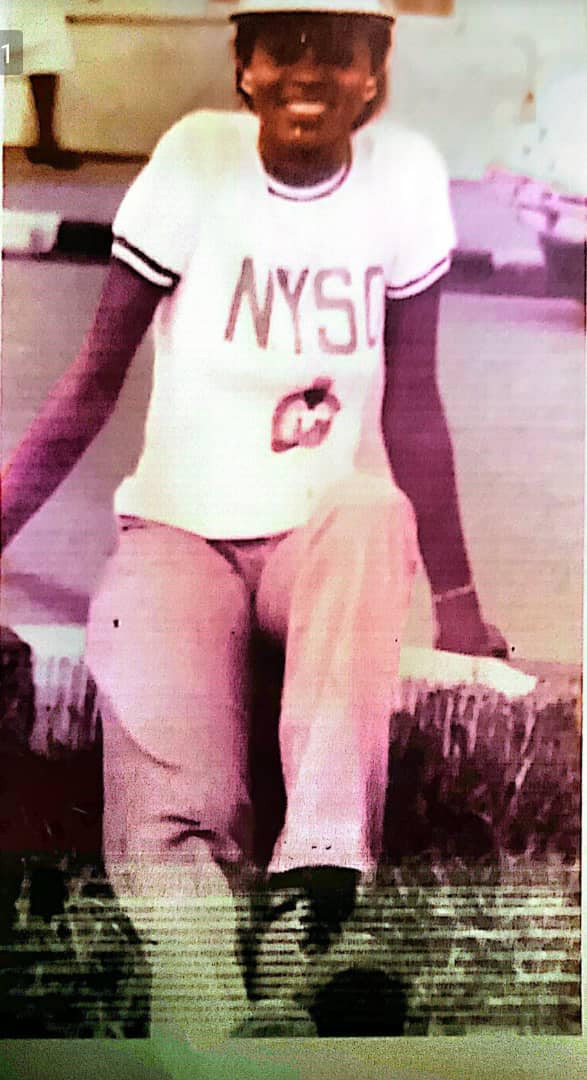 In a statement released by her media aide Ezennia Nonso Chukwudebe, it was stated that she “served meritoriously at NECA in 1982 as can be confirmed from this 11th January, 2017 clarification from the Nigeria Employers’ Consultative Association personally signed by the Director General, O.A Oshinowo.”

Oduah who accused her opponents of “resorting to circulating a story which is completely at variance with the position of the agency where she did her primary assignment”, said they will be giving “NYSC sometime to put out a disclaimer as we firmly believe this letter to be fake.”

*RE: THE VIRAL STORY OF THE ALLEGED SENATOR STELLA ODUAH NYSC ABSCONDMENT.*

Our attention has just been drawn to a publication that makes a most spurious claim to the effect that the Distinguished Senator representing Anambra North, Princess Stella Adaeze Oduah OON, absconded from the National Youth Service Corps program.

Ordinarily we would never dignify such antics with a response but we deemed it necessary to put out this statement for the benefit of gullible minds that are being targeted by political jobbers whose stock in trade is churning out such concocted rubbish every election cycle, especially when it is becoming glaring that they are receiving the short end of the political stick.

The Distinguished Senator indeed served meritoriously at NECA in 1982 as can be confirmed from this 11th January, 2017 clarification from the Nigeria Employers’ Consultative Association personally signed by the Director General, O.A Oshinowo.

How her opponents have suddenly resorted to circulating this story which is completely at variance with the position of the agency where she did her primary assignment, is an issue every keen mind should focus on and we are by this publication, giving the NYSC sometime to put out a disclaimer as we firmly believe this letter to be fake.

Unfortunately we live in climes where such unsubstantiated stories travel fast and it is more worrisome that some mainstream media outlets appear to be sucked into this viral vortex of deciet.

Senator Stella Oduah did not only serve meritoriously but would go on to work in the NNPC, a Federal Government establishment, for the next nine years!

Nigerians need to understand that the persons behind the fake letter currently doing the rounds are desperate, despondent and out of their wits end for they instinctively appreciate the fact that the Distinguished Senator is one leader that continues to be appreciated and loved for her many people oriented programs and no amount of sponsored media mudslinging can obliterate this fact.

This is election season and it is expected to see such antics by weak traducers whose understanding of politicking is engaging in mindless subterfuge against aspirants rightly percieved as strong.

Unfortunately for them, they are deploying the same failed strategy that has never managed to stop the Distinguished Senator at the polls and one would expect that they’d restrategize. 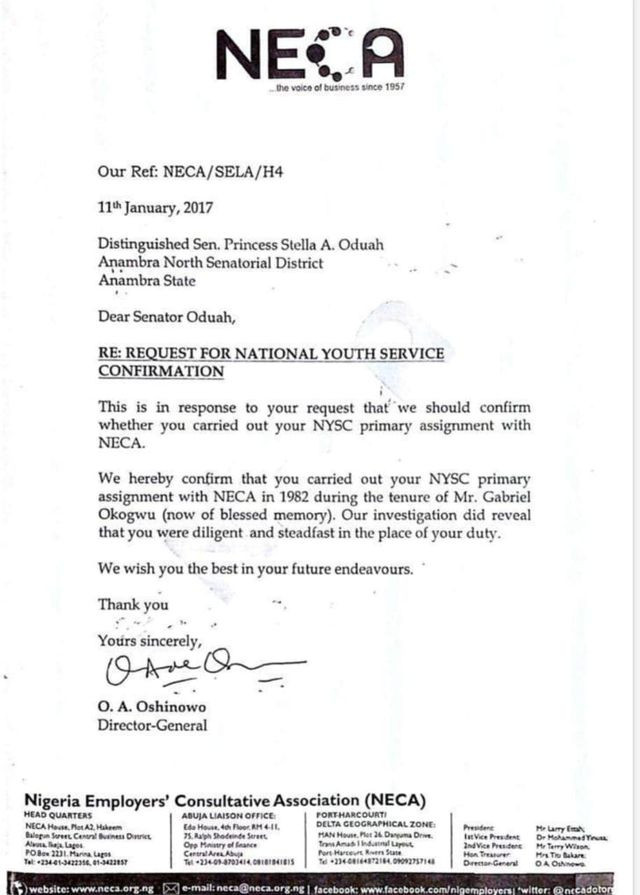