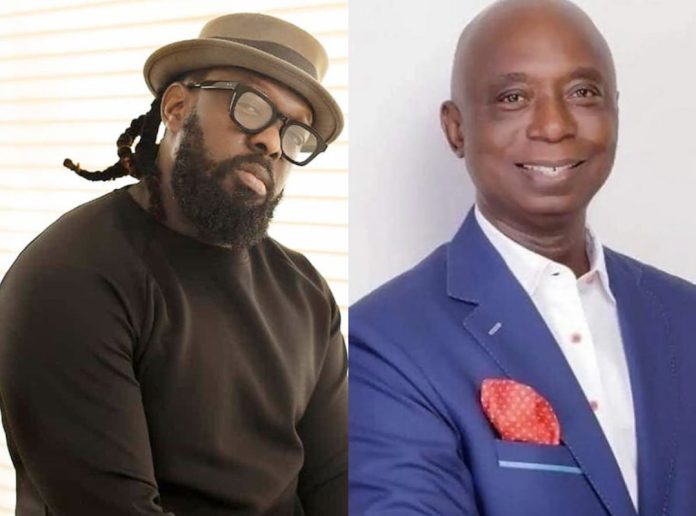 Singer Timaya has advised men who want to join polygamy to emulate Ned Nwoko and see how he manages his family as they can’t be managing money and have 2 wives.

This issue of polygamy whether it’s good or not all rosed again when Yul Edochie revealed that he has taken a second wife and Timaya indirectly reacting to that advised him to learn or emulate Ned Nwoko who has 5 wives.

Ned Nwoko is rumored to be married to 5 women but we only know of 2 and one has already left him so he’s left with Regina Daniels per what we see on the gram, but reportedly he has 5 wives and Timaya wants Yul Edochie and others to learn from him.

Read Also: ‘I’ll Stop Speaking Up Against Injustice And Advocating For A Better Nation The Day I Die’ – Mr Macaroni Vows

According to him, they can’t be managing the small money they have and have 2 wives as that is never a good thing hence they should emulate Ned Nwoko if they want to have a polygamous family like his.

Timaya didn’t mention Yul Edochie’s name but his comment about polygamy coming days after Yul Edochie revealed he has taken a second wife made almost everyone conclude that he’s actually advising him to learn from Ned Nwoko. 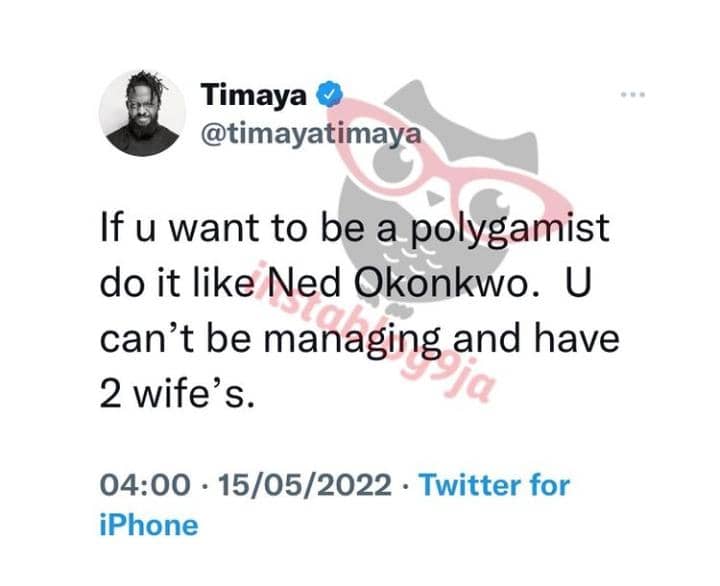