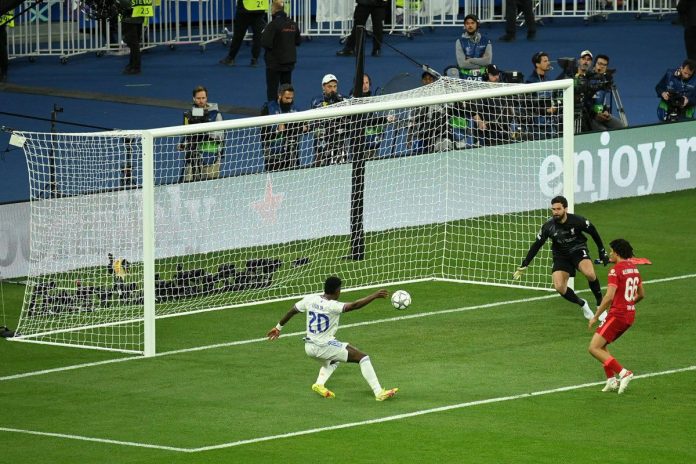 Kick-off was delayed by more than 30 minutes as Liverpool fans battled to get admission to the Stade de France, eventually taking their seats to watch Jurgen Klopp’s side dominate the game.

However, in the 59th minute, Vinicius tucked away his fourth goal of the season – from one of only four Blancos efforts.

Runner-up in the Premier League Carlo Ancelotti’s side were prevented by a run of outstanding stops from Thibaut Courtois either side of that goal, and they held on to win the European Cup for the 14th time – seven more than any other team. 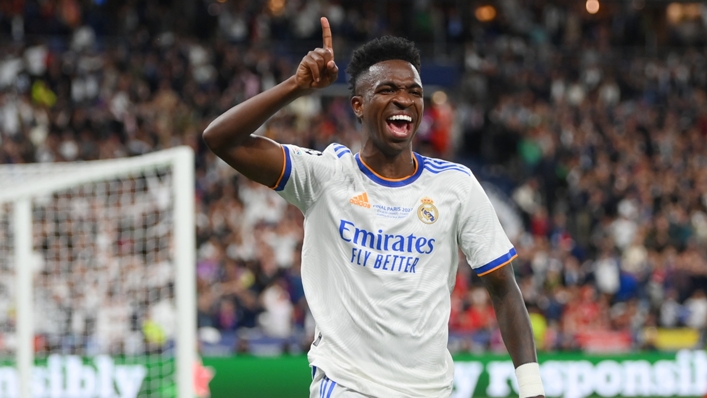 Following the delay, Liverpool started in a confident attitude and only failed to take the lead inside the first 20 minutes thanks to two great saves from Courtois.

Shortly before the break, Madrid believed they had grabbed the lead when Karim Benzema stroked home after some slapstick Liverpool defense, but it was ruled out for offside against the France international – a decision upheld by the VAR after a lengthy review.

Vinicius slipped in behind Trent Alexander-Arnold to turn in Federico Valverde’s low pass across the penalty box just before the hour mark, and they were not to be denied.

Courtois produced three crucial saves from Salah in the closing 20 minutes, the last of which was particularly impressive, capping a fantastic individual performance and ensuring Ancelotti’s team scored a record-extending victory. CLICK HERE TO WATCH THE WINNING GOAL.