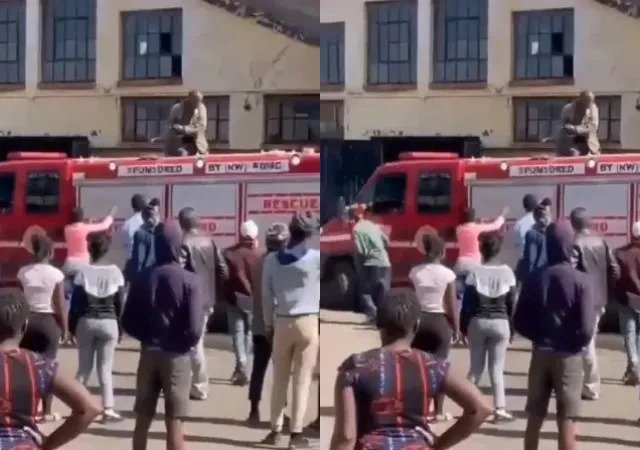 A video depicting the scary and amusing moment a fire vehicle was filled with water has gone viral on social media.

The firefighters responded to a distress call about a burning building, but there appeared to be no water in the truck when they arrived.

Someone could be seen on top of the truck pouring water inside it while the building behind them was still blazing in a video that went viral.

Some young men were collecting water from a nearby location and delivering it to the serviceman, who poured it into the truck. CLICK HERE TO WATCH THE VIDEO.