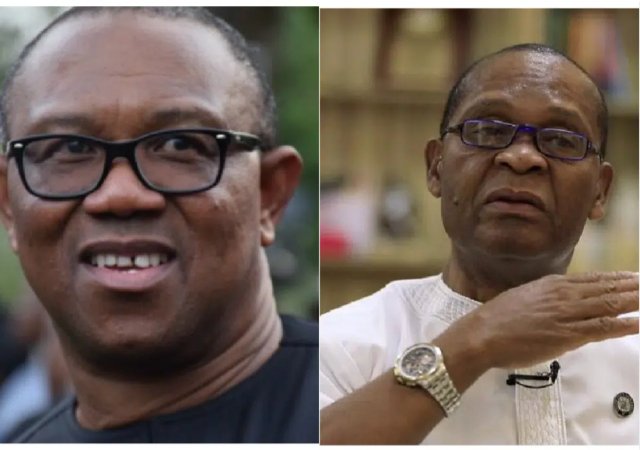 Joe Igbokwe, a senior member of the All Progressives Congress (APC), has criticized Peter Obi’s bid for the presidency in 2023.

Igbokwe, who has publicly expressed his support for APC national leader Bola Ahmed Tinubu to succeed President Muhammadu Buhari as Nigeria’s next leader, claimed that Labour Party nominee Obi was an underrated leader.

He made fun of Obi for a remark that was attributed to him and claimed that the government couldn’t use infrastructure to spur economic growth.

The comment credited to Obi about Buhari’s government was quoted thus: “You can’t use infrastructure to drive economic growth.

“You invest in education and the SME (Small, Medium Enterprises) sector instead to deal with poverty.”

Reacting in a Facebook post on Friday, Igbokwe said the Labour Party presidential candidate was just a trader.

Igbokwe wrote: “Somebody who wants to be the President of Nigeria is telling you that infrastructure does not drive the economy in the 21st Century and you are taking that person seriously. Peter [Obi] is overrated in Nigeria. He is just a trader.

“Obiano built the Anambra International Airport, built the Awka flyover bridge. Which one did Mr Obi build in 8 years?“

Meanwhile, Peter Obi on Thursday distanced himself from the claim stating that Anambra state’s investment in SAB Miller has grown to $100 million.

The former governor of Anambra State cleared the air in a letter to the Anambra State Governor, Charles Soludo released through his media aide, Valentine Obienyem.