Home News Politics 2023: Only God can stop me from being Atiku’s running mate ―... 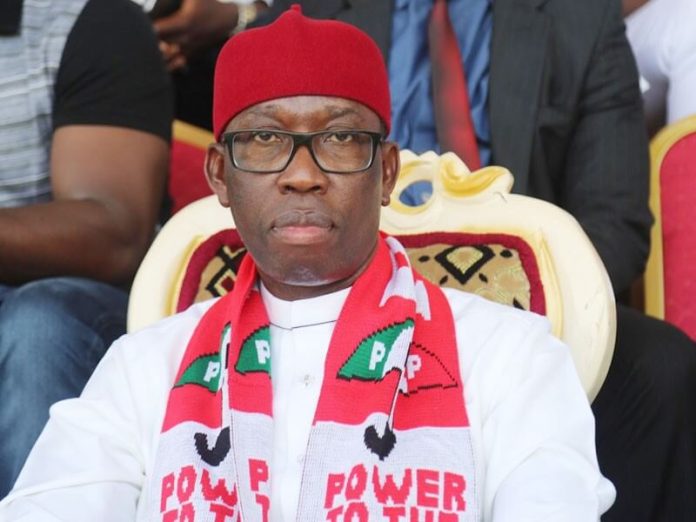 Nobody could stop Okowa from becoming president, he said during a press conference in Asaba through the State Commissioner for Information, Mr Charles Aniagwu, adding that as a true party man, he had contributed positively to the party’s progress, something he does not brag about.

The governor who was reacting to speculations that the former governor of the state, Chief James Ibori, was secretly working against his chances to be Atiku’s running mate, said the rumors were the handiwork of fifth columnists.

READ ALSO
"No One Is Allowed To Visit My House Or Office Without A PVC" , Peter Okoye

Maintaining that Chief James Ibori would never work against his interest, Aniagwu acknowledged that Ibori remained a political leader in the state. He added that there was no rife between Senator Ifeanyi Okowa and Chief James Ibori.

He said: “The governor has contributed to the growth of the PDP, he doesn’t boast about it because as a member of the party he has the responsibility to do that.

“And the last time I checked I don’t think he has offended God for God to take that decision against him.

“So we are on course, I don’t think there is any problem between Okowa and Ibori, these are persons who have worked together very closely.

“And Okowa has continued to respect our leader, Chief James Ibori. I have not heard Ibori speak evil of Okowa neither have I heard my boss speak badly of Ibori”.

He explained that recurrent expenditure has always recorded 100 percent budget performance because the state has never defaulted on payment of salaries, adding that the State Government has received well over N700 billion in the last seven years.

Aniagwu stated that with N150 billion annually, it even exceeded the N700 billion being alleged that was wasted by the State government, adding that the Governor Ifeanyi Okowa’s administration has done well in the areas of roads, flood control, air transportation, civil service secretariat, empowerment programs, among others.

He insisted that Governor Ifeanyi Okowa has positively impacted Deltans in the past seven years.