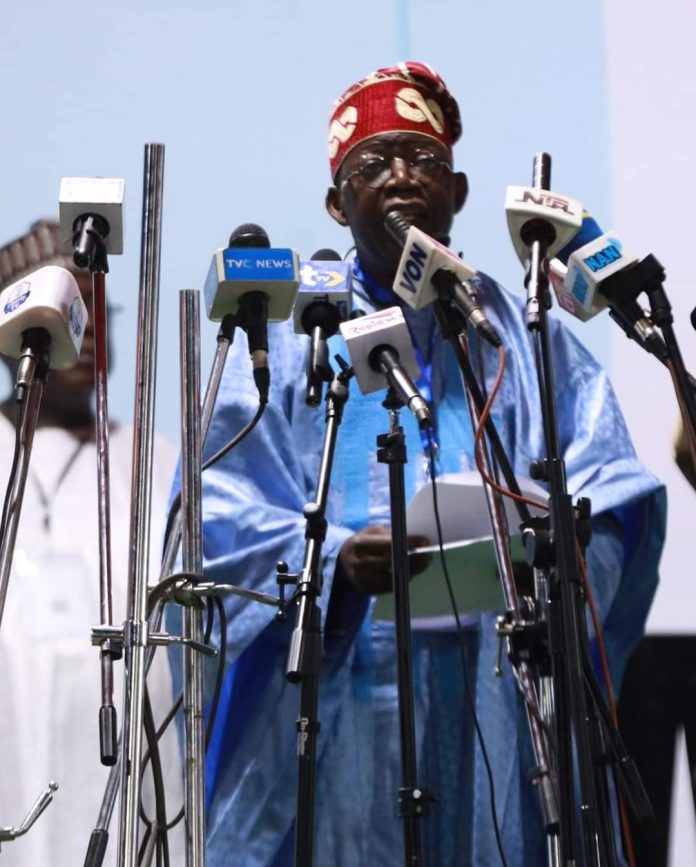 Former Lagos State Governor, Asiwaju Bola Ahmed Tinubu, has jumped into an early lead in the race for the All Progressives Congress, APC, 2023 presidential ticket as sorting of ballots got underway, this morning.

Tinubu, who had before balloting gotten the endorsement of six aspirants, who stepped down for him, is followed by former Transportation Minister, Mr Chibuike Rotimi Amaechi; and Vice President Yemi Osinbajo.