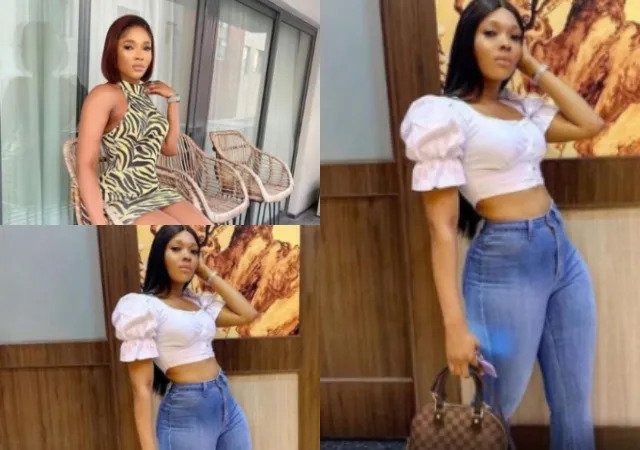 After a lady named Crystabel died during surgery, enraged and worried family and friends vented their frustrations in the vicinity of Cynosure Aesthetic Plastic Surgery Clinics, in the Mende neighborhood of Maryland, Lagos State.

Crystabel was said to have gone to a medical institution on Okunola Aina Street in Mende for plastic surgery.

A woman known only as Posha said on Twitter that the victim died as a result of difficulties during the surgery.

Adding captions to a video of the doctor performing the procedure being questioned by the deceased’s friends and relatives, “Now, I’m not against anyone who wants to improve their body, but I am against physicians who claim to have worked in other countries and come to Nigeria to murder young people,” @poshcupcake 1 stated.

“After the surgery, she complained of bleeding and the doctors claimed (it) is normal, it will stop. Now, this is the problem, how are you a professional plastic surgeon with experience abroad and someone you finished operating on complained about bleeding and you said (it) is normal, it will stop? Neglecting her, no care whatsoever! Are you sick!”

Posha said Crystabel allegedly died because her complaint was neglected, adding that her friends suspected something was wrong when she didn’t inform them that she had returned from the facility.
She added: “The most annoying part here is, this gal died days ago without anybody knowing and the hospital did not find it needful to contact any of her relatives. Until a few friends who knew she was going for surgery said she was supposed to have been back.

“They decided to go to the hospital to check on her; arriving, they were offered a letter that her body had been deposited at the mortuary. This is sickening, now I think the government needs to come into this health system and check the capability of most surgeons.

“And make their own research if really they are well trained surgeons to be able to operate on humans (and) if not, their license should be seized! Arrest and jailed! RIP Crystabel. They have blocked all the comments, because her friends were commenting and seeking justice.”

Reacting, the management of the medical facility, in a statement posted on its Instagram handle on Thursday, commiserated with the briefed family, adding that Crystabel underwent surgery at the hospital seven days ago.

The post read in part, “She was properly investigated pre-surgery; her blood level was adequate, her renal and liver functions were normal. She was stable, doing well after the surgery, was seen walking around (fully ambulatory) (video clips of this have been shared with her family) and was visited by a friend as well.

“She was with us for four days, when on the 4th day, during the ward rounds (as she was due to be discharged the following day), it was observed that she was symptomatically anaemic despite earlier interventions to prevent that, which included an initial blood transfusion on Post OP Day 2, which went successfully without any incident. Her Pack Cell Volume was checked and rechecked and it was low, which was attributed to the loss from intra-operation and from daily Lymphatic drainage messages following the liposuction procedure.

“She was duly informed about the situation and assured that we were again initiating blood transfusion and she duly consented. We contacted the same blood bank and requested that they give us two more units of blood for her to be transfused with. Suffice to say that the blood bank is a very reputable blood bank which is fully licensed and registered with the Health Facilities Monitoring and Accreditation Agency.”

The hospital said the blood units arrived at its facility after it was properly screened, grouped and cross-matched to ensure it was compatible with Crystabel’s blood group.

“This was late evening on the 4th day post OP (30th May, 2022). She had no complaints, had her dinner and retired for the evening.

“About four hours after transfusion, she started complaining of chest tightness, difficulty in breathing and coughing with production of thick frothy yellowish sputum in the early hours of the 5th day (31st May, 2022), having suffered a very rare acute blood transfusion reaction evidenced by the dark-coloured urine produced and the findings on chest examination.

“She was promptly attended to, with life-saving intervention and was observed to be clinically improving as evidenced by the clearing up of the colour of the urine with adequate urine output. As the day progressed, she took a turn as her lung function was no longer clinically improving despite being on 100% oxygen at high flow whilst fully conscious and communicative.

“More life-saving interventions were put in place, including an arrangement to be transferred to an ICU. She deteriorated, as these plans were in motion and sadly, we lost her despite valiant efforts by the team to prevent that. We were unable to reach her next of kin on account of a wrongly copied phone contact and were only able to establish contact with the family through a third party within three hours of her death,” the statement added.

“I saw it on Twitter and I told them to report the matter at the nearest police station so the command could commence investigation into the incident,” he added.

Friends and family visited the hospital where the surgery was done 😭💔 this is the fake doctor who did the surgery
Not even remorseful about the whole situation.
Nigeria government please look into this!🙏🏾The clinic need to be shut down at once and proper investigation carried. pic.twitter.com/6DpjavmZUG