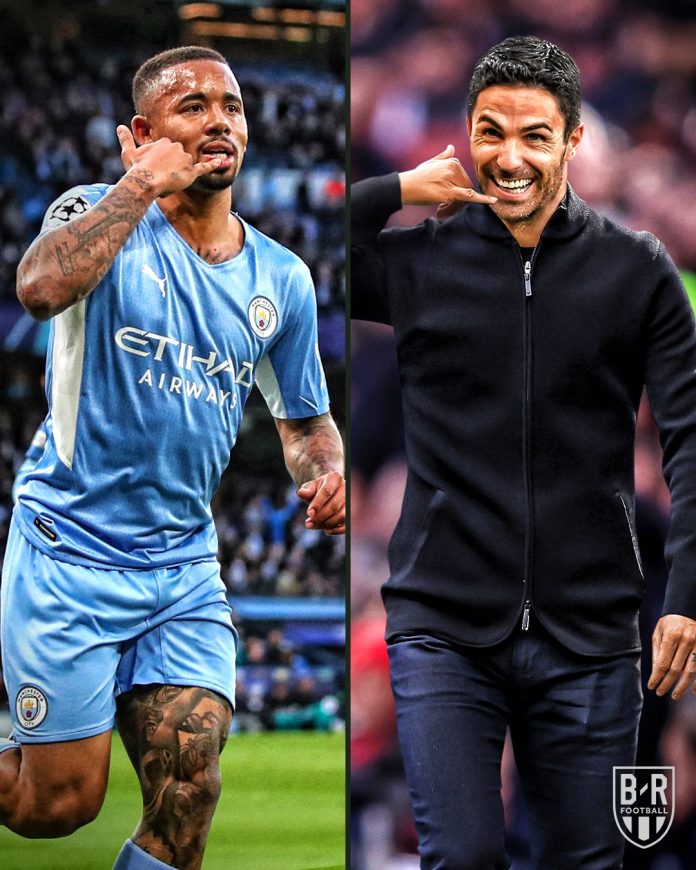 Fabrizio Romano has delivered the Friday night news all Arsenal fans wanted, confirming that a deal is in place for the Gunners to sign Gabriel Jesus.

Romano has confirmed that Jesus to Arsenal will go ahead via his Twitter account, where he stated that a full verbal agreement has been reached between City and the Gunners.

It’s claimed Arsenal will pay £45m for the Brazilian striker as Mikel Arteta looks to have got his number one target.

Arsenal have been chasing Jesus all summer and appear to have finally got the deal over the line but for formalities and the medical.

It’s been widely reported before that Jesus is happy to join Arsenal, despite late interest from both Tottenham and Chelsea.

The signing will put an end to Arsenal’s search for a new striker which has dragged on since January.

Jesus is leaving City after Pep Guardiola signed Erling Haaland. The £45m fee represents a profit for City, who paid less than £30m to sign Jesus five years ago.

What a bit of Friday night news for Arsenal fans. The main man himself Fabrizio Romano has delivered the news everyone wanted at Arsenal.

Jesus will be a fine signing for the Gunners and he’ll fill a massive void in the squad and XI. He is a class act, and this deal shows Arsenal mean business in backing Arteta.