Home Sports How Does the US Soccer Tournament (MLS) Work? 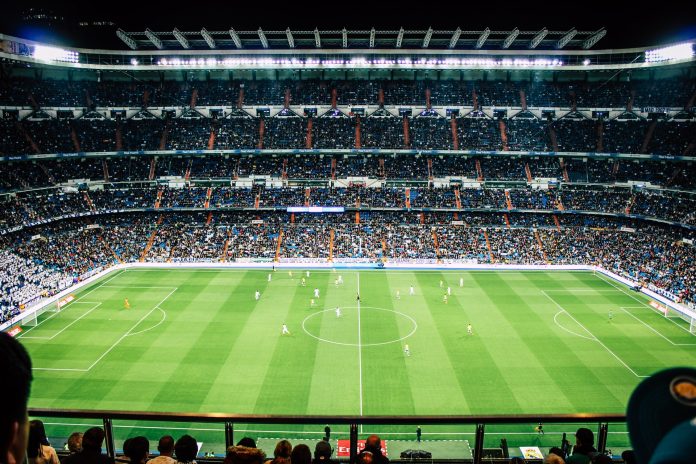 Major League Soccer, or MLS, isn’t the United States’ first attempt at creating a nationwide soccer league worth talking about, but it’s certainly the first one that has found any real traction in the country where the term “football” refers to an entirely different game. Major League Soccer was set up as part of the United States successful bid to stage the 1994 FIFA World Cup and replaced the frankly laughable North American Soccer League.

How Does the MLS Work?

Whilst Major League Soccer represents the top-tier professional soccer in the United States and Canada, it isn’t especially analogous to any of the top-tier European leagues. Take the United Kingdom, for example, where the Premier League hosts the very best teams from around the country. There are several other popular and well-supported Leagues underpinning the Premier League; the popularity of online sports betting for leagues such as the Championship and Leagues 1 and 2 and you’ll have no trouble recognizing that the top-tier is far from the be-all and end-all of British Football.

Teams playing in the MLS have no idea of the pressures that Premier League teams face towards the end of a season when relegation becomes a possibility – the bottom three MLS teams will still be back next year, as there are no worthwhile lower tiers for them to be relegated to. This is a huge difference between European leagues and Major League Soccer, but there are many more differences than that.

Major League Soccer consists of just 26 teams, and three of those are imported from Canada! Obviously, there is little appetite for soccer across large swathes of  America’s fifty states. The teams compete for both the MLS Cup as well as the Supporters’ Shield, and the season runs roughly between March and October each year.

Like many other American sports, Major League Soccer is divided into Eastern and Western Conferences, with teams allocated to each conference based on their geographical location. This minimizes the amount of traveling that teams need to do during each season, something which is considered essential due to the large size of the country – teams cannot afford to be spending half of their week on an airplane instead of training.

There are thirteen teams in each conference, and each team plays 34 games during the regular season – 17 home games, and 17 away games. Each club will face the other teams in their conference at home and away, plus ten games(five at home, five away) against teams from the opposing conference.

This is effectively a minor prize that is awarded to the team with the best regular-season record across both of the conferences. Of course, teams are still eager to win the Supporters Shield, but because of the structure of the league, the shield will often go to a different team than the primary MLS Cup. Take 2019 for example; Los Angele FC won the Supporters Shield for the first time in their history, and yet the Cup was won by the Seattle Sounders – their second MLS title. So why is this?

The term “playoffs” are second-nature to Americans but may be unfamiliar to sports fans in many other parts of the world. If you are one of those who have little understanding of what the playoffs are, just think of them as either a postseason or simply the finals of the tournament being played. Note that the word “playoff” used here is unrelated to that used in International fixtures, where the term is used to describe specific games which determine the team who will qualify or progress to the next round of a tournament or competition.

As we mentioned a little earlier, major team sports played in the United States and Canada have to deal with vast distances if they are to play games at their home stadiums, as has always been the tradition, so leagues are often divided into smaller blocks, frequently known as conferences. The issue is that the best teams in the league might not play against each other at all during the regular season, creating disappointment for fans.

To counter this, major North American leagues will arrange a playoff series that will take place after the regular season but is only open to the top teams in each conference – ensuring that the best teams in the league will meet on the field at this stage of the competition.

In the MLS, the top seven teams from each conference automatically qualify for the MLS playoffs which begin in October, directly after the regular season has completed. The MLS Cup Playoffs are a post-season elimination tournament that is played in a knockout format. The winners of each conference can relax for a little while now, as the remaining six teams face each other at the ground of the highest seed;  the second-placed team in one conference will play the seventh-placed side in the other, the third will play the sixth, and the fourth will play the fifth.

The MLS Cup will then conclude with two semi-finals; the winner of the fourth/fifth-placed team games will play the conference leader, whilst the winners of the second/seventh-placed team games will play each other to determine the second set of finalists. With four teams now remaining, a random draw is held to determine which two teams will face each other in the two semi-finals, This setup ensures that a team from the Eastern Conference will always face a team from the Western Conference in December’s  MLS Cup Final, which is held at the ground with the best record in the regular season.