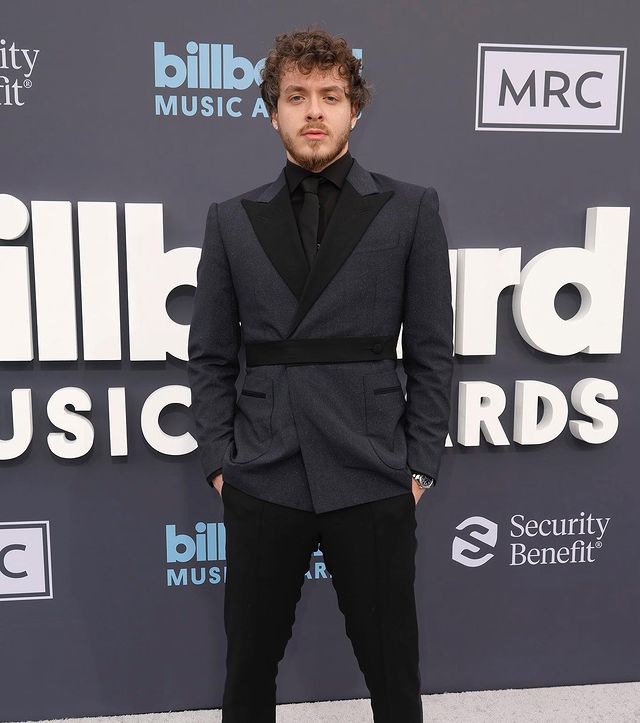 Jack Harlow is an American rapper, singer, and songwriter, who became well-known after his 2020 single Whats Poppin, which reached number two on the US Billboard Hot 100, was released. Later, he had the opportunity to sign a contract with various well-known record companies, including Atlantic Records, DJ Drama’s Generation Now, and Don Cannon.

Jack Harlow has been in the music industry since the age of 12 and has released numerous hit singles, which made him one of the lead rappers in the country. The rapper is also the co-founder of his musical collective called, Private Garden.

In December 2020, Jack Harlow came up with the release of his debut album titled That’s What They All Say, which includes 15 tracks, and most of the singles became viral. So let’s quickly take a look at the total net worth of Jack Harlow his salary, income, successful career, luxury lifestyle, biography, relationships, and more.

Jack Harlow was (born  March 13, 1998),  in Shelbyville, Kentucky, in the United States as Jackman Thomas Harlow. His parents, Brian and Maggie Harlow, raised him on a horse farm. Jack comes from an upper- and middle-class household. His parents are business owners who own two profitable enterprises.

One of their business is known as Signarama. When he was no older than a child, his parents moved from Shelbyville to Louisville, settling in an area town known as The Highlands. He also has a younger brother named Clay.

Around the time his parents gave him the video game and the guitar, Jack, then 12 years old, started composing music for the first time. He recorded his first rhymes and songs in the sixth grade using a laptop and the microphone from a Guitar Hero video game system.

Jack recorded the songs along with his friend Copeland and they gathered all songs in one coke CD and titled it ”Rippin and Rappin”. They sold 40 copies to all the kids at Highland Middle School for 2 bucks apiece. Apart from that, the rapper attended Bloom Elementary, and later he completed his graduation from Atherton High School in 2016.

As a kid, Jack spent a ton of time with an eye patch covering his right eye to challenge his weaker left eye into growing stronger. Kids at school would definitely fun of him for it but Jack is so damn likable that even back then he was training his enemies and the friends.

Unfortunately, Jack’s eye never grew as strong as it should, and he would have to switch to corrective lenses later on in life to address these issues. On the other hand, his passion for music would only continue to grow more and more.

Under the alias Mr. Harlow, Jack Harlow released his debut mixtape, Extra Credit, on June 24, 2011, while still a high school student.
The Handsome Harlow, his debut studio album, was released in 2015, while the mixtape 18 by Jack was released the following year. Other artists such as Shloob, 2forwOyNe, Ronnie Lucciano, Quiiso, and Ace Pro made cameo appearances on the mixtape.

In November 2017, he dropped the lead single Dark Knight, from his other mixtape Gazebo. After getting success, he started getting offers for music concerts, and then he went on tours with The Homies.

Apart from the music, he moved to Atlanta where he used to work at the Georgia State University cafeteria to earn more revenue. While working there, he was introduced to DJ Drama, where he got an opportunity to sign a deal.

Jack Harlow signed a contract with some major record companies in 2018, including DJ Drama and Don Cannon’s Generation Now recordings. Harlow released the major label mixtape “Loose” on the label.

In which he was nominated for Best Mixtape at the 2019 BET Hip Hop Awards. Early in 2020, Jack Harlow released the track “What’s Poppin,” which would become his biggest commercial success and mark a turning point in his career.

The song went viral by peaking at #2 on the U.S Billboard’s Hot 100. Along with that, the music video of the song has over 200 million views on YouTube. Moreover, the song What’s Poppin earned the Grammy Award nomination in the category of Best Rap Performance. Jack Harlow continued to release more hit singles in that year, including, ”Moana,” ft G-Eazy, and “Tyler Herro.”

At the end of 2020, Jack announced his debut album called, Thats What They All Say, which consists of 15 tracks, and the album was highly praised. The album includes guest appearances by several high-profile artists like  Lil Wayne, Lil Baby, DaBaby, Adam Levine, and Big Sean. In 2021, Harlow was a guest artist in Lil Nas X’s single “Industry Baby”, which became #1  on the Hot 100.

Rumour has it that Addison Rae, one of the biggest Tik Tok performers and social media influencers, and Jack Harlow are dating right now. The two haven’t, however, officially acknowledged or disputed their relationship.

Jack Harlow is an American rapper, singer, and songwriter, with an estimated net worth of $5 million as of 2022. He is one of the young, highest-paid rappers in the country and has achieved a considerable reputation at a young age. He has earned a sizable sum of money through his love of music through the selling of albums, and songs, and deals with well-known record labels.

Even though he is only beginning his career, he has already amassed a sizeable sum of money; it appears that this sum will only grow in the future.

Like other well-known rappers, Jack Hallow enjoys wearing expensive jewelry, shoes, and other luxuries. He acquired a pricey ring that weighs 55 kilos of 14k white gold and costs roughly $110,000. Despite this, Harlow also has over 1.5 million subscribers on his YouTube channel, where he earns a sizable income.

ack Harlow’s annual income is $900,000. The rapper has been endorsing several brands and big companies like DORITOS, Papa John’s Pizza, and more. According to some reports, Jack Harlow’s per sponsored post salary is over $100,000.

He also launched merchandise where the rapper sells T-Shirts and lots of other things. Jack is especially crazy when it came to his collectable choice of new balance Sneakers. He also bought stunning championship rings for his entire crew.

How old is Jack Harlow?

Jackman Thomas Harlow was born on the 13th of March, 1998, in Shelbyville, Kentucky, he is 24 years old.

How much does Jack Harlow make?

How rich is Jack Harlow the rapper?

Jack Harlow is an American rapper, singer, and songwriter, with an estimated net worth of $5 million as of 2022.