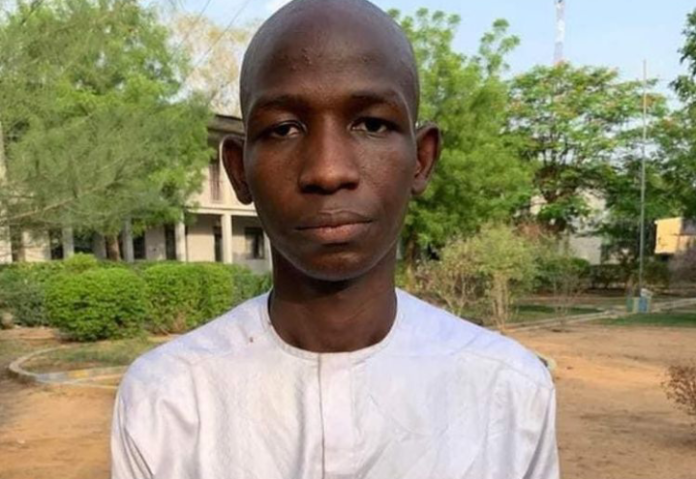 Musa Lurwanu-Maje, a 26-year-old man who specialised in defrauding people using social media platforms has been arrested in Kano.

According to the police, the suspect, popularly known on social media as Musa L. Maje, specialises in using male and female names to create accounts on Facebook and Whatsapp to defraud his victims, especially randy lovers.

The Command’s Police Public Relations Officer (PPRO), SP Abdullahi Haruna-Kiyawa, made the disclosure in a statement on Sunday in Kano. He Edo,aimed that between April and June 2022, there was a public outcry on the activities of the notorious fraudster in various Social Media platforms.

“One Zahra Mansur, 20, complained that she received phone calls from her associates that someone used her name, pictures, videos, created Facebook accounts to defraud people,” he said.

Haruna-Kiyawa said that upon receipt of the report, the police immediately swung into action using technical support and the suspect was arrested.

The suspect was arrested in possession of a Redmi Note 11 Pro mobile phone, valued at N200,000, and other accessories which he allegedly bought from the proceeds of fraud.

“Also discovered from him were n%de pictures and videos in the mobile phone, and the sum of N70,000 in his possession,” he said.

He noted that during investigation, the suspect confessed to have specialised in using Social Media to create fake accounts to defraud the public.

“He further told police that he created a fake Facebook account bearing Zahra Mansur, used her pictures and videos and defrauded people without her consent.”