Home Entertainment “I am sure the woman you married is tired of that marriage”... 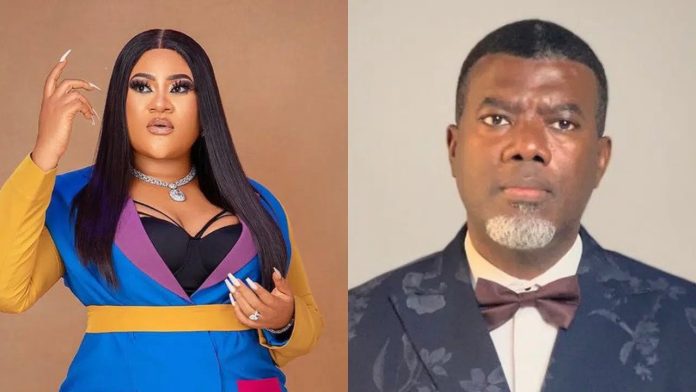 Nkechi Blessing, a prominent Nollywood actress, has slammed Reno Omokri, a popular political pundit, for comparing her to Bola Tinubu.

Nkechi Blessing slammed Reno on social media after he remarked, “Tinubu is behaving like Nkechi and Tonto Dikeh…

as though she were a woman who was promised marriage and then jilted, now bursting and exposing the jilter” The actress who was infuriated by the comparison made by the controversial personality, who appears to be making a joke out of what she considers a bad experience decided to chastise him for it. “I am sure the woman you married is also tired of that marriage but what will people say won’t let her leave.

I left what I am not comfortable in and you make it a joke? Only if you no get female child, they will go through worse. As you think my life and sanity is a freaking joke.” “I Cook, I Clean, I Sabi Nack, I am a total package”– Actress Nkechi Blessing Sunday Declares