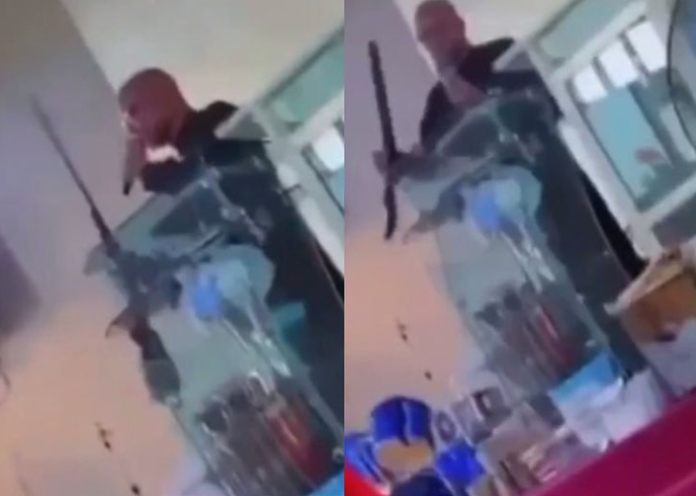 A rare footage of a pastor storming to his church with a gun is making rounds on social media.

The pastor whose church is anonymous, brought his gun to the altar to announce to his church of its profile.

The pastor iterated that the gun was acquired in 1994, twenty eight years ago.

In addition, he showed up another relatively smaller gun, revealing to the congregants of its renewal shortly.

This action was triggered due to last Sunday’s massacre which occurred in Owo, Ondo State.

The devastating scene that occured in Owo, has caused many to be at alert against any terror attack and to defend themselves.

The Kwara state pastor wasn’t ready to be left out and even took it personal to the point of presenting it to his members at the pulpit.