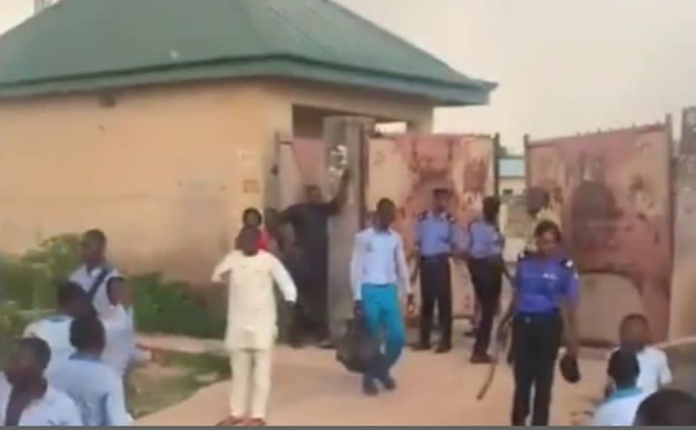 According to reports, the students on Wednesday, June 15, laid siege at the principal’s office protesting the alleged corruption going on in the school.

In a video circulating social media, a student of the school can be seen lamenting the lack of laboratories for their science courses amongst other issues.

It took the intervention of the Area Command to disperse the students while the principal sneaked away instead of addressing them as the police had promised the students.