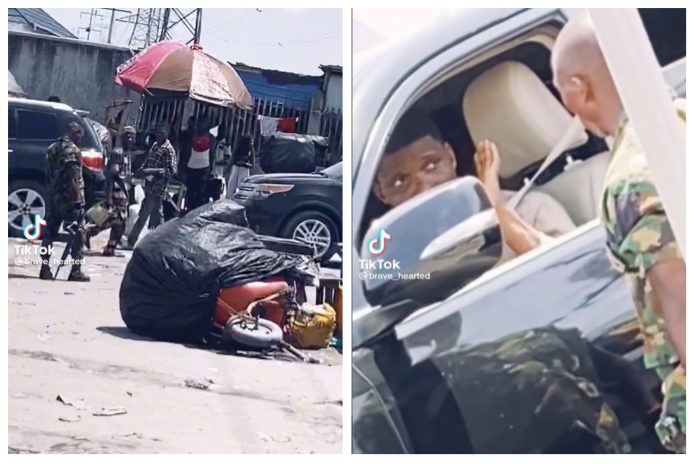 In a widely shared video, a soldier who is supposedly intoxicated is shown halting automobiles, purportedly threatening the people inside, and demanding money.

The armed soldier violently slammed some of the cars he had stopped. View the popular video below.

In other news, the UK police have detained Senator Ike Ekweremadu and his wife for planning to smuggle a kid to Nigeria so that the infant’s organs may be harvested.
According to the Daily Mail, the pair has reportedly been remanded in custody and will appear in Uxbridge Magistrates’ court.

Ike Ekweremadu and his wife have been accused of conspiring to arrange for a kid to be brought to the UK in order to harvest the infant’s organs in Nigeria, according to the police.

Following an investigation by the specialised crime unit of the Metropolitan police, charges were filed against the pair. CLICK HERE TO READ MORE.