Home News UPDATE: Man and his friends arrested for flogging a girl over alleged... 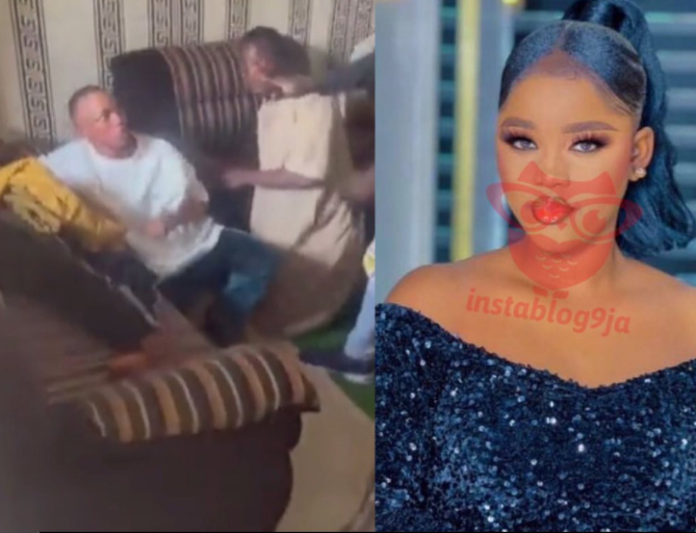 Justice doesn’t seem like a lost dream for Aduke, an HND1 student of Bartholomew College of Health Shao, Kwara State, who was flogged mercilessly by her boyfriend, Fatai, over infidelity allegations.

We can now report that the culprits – Fatai and his friends – have been arrested by the police for meting out the inhuman treatment of the victim. Recall that the ugly incident happened at Fatai’s residence on Monday, June 20, 2022, when he invited Aduke over to question her over infidelity.

She was given several strokes of the cane on her buttocks while she claimed innocent of Fatai’s accusations. To make matters worse, the suspects recorded the entire incident and shared it on social media. Hours after the incident, we gathered that the victim invited some police and army personnel to arrest the suspects.

In a new video circulating online, the once audacious Fatai and his friends can be seen kneeling down begging for mercy as one of the security personnel lands some slaps on Fatai saying, “So you [email protected] my sister ehn?.”

The suspects were eventually whisked away for proper interrogation and hopefully face prosecution. CLICK HERE TO WATCH THE FULL VIDEO.