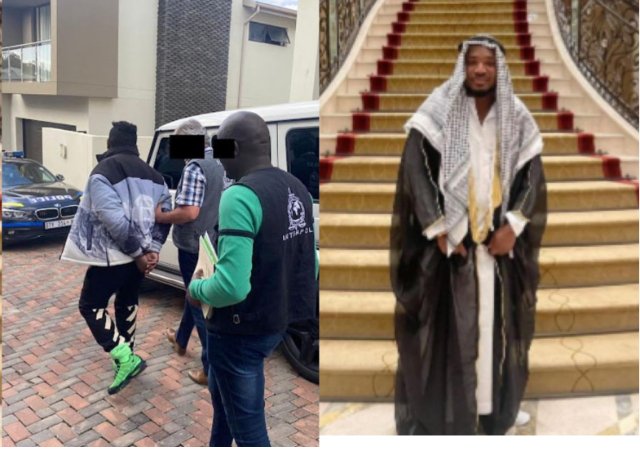 According to TimesLive reporting, he was detained on June 29 in his opulent Sandton mansion with about R196 million in alleged romantic scams and business email compromise fraud.

This suspected con artist was apprehended after 6 years of inquiry by a multi-agency investigation involving Interpol, US Department of Homeland Security investigations, and the US Secret Service.

Additional reports reveal that James connives with a lot of suspected fraudsters around the world and he is regarded as the big boss.

He owns a Porsche Cayenne, a Mercedes C220d and a Mercedes-Benz G Class luxury SUV, all bought from proceeds from his scams. His social media profiles also shows him on luxury island resorts and luxury holidays in Dubai and the US.

Aliyu is suspected to be a member of a global organization, some of whose members have previously received prison sentences in the US. On Tuesday, he is anticipated to appear in the Randburg magistrate’s court, when the process for his extradition to the US for trial is anticipated to begin.