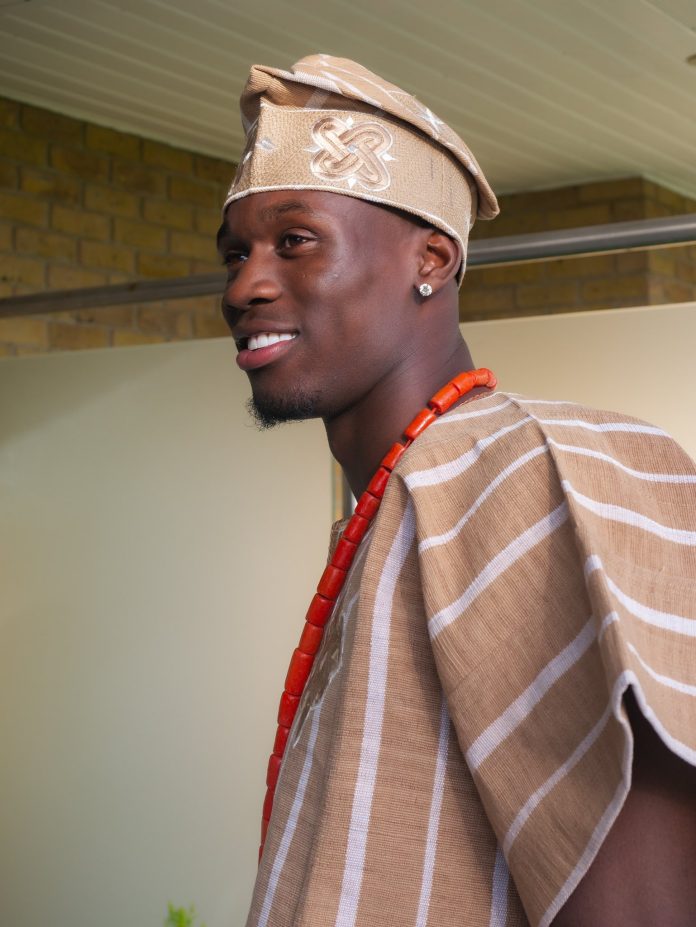 Balogun rejoined the Gunners squad after playing last season on loan at Middlesbrough.

A hitman at the age-grade categories, he’s a regular goalscorer with the Arsenal U-23s. He was also decent in the Championship last season with Chris Wilder’s team.

On the occasion of his 21st birthday, the Arsenal youngster, born in the United States to Nigerian parents took style home as he wore a Yoruba dress which he took a photo in.

He posted the photo on Twitter and captioned it “Omo Naija (with an eagle emoji), feeling blessed on my birthday,”

Balogun, who currently represents the England U-21s joined Arsenal at the age of 7 fourteen years ago. He had moved to the UK with his family at the age of two.

He rose through the ranks at the club and has featured in the Premier League and in the Europa League where he also scored.

Flo as he’s called, is one of the brightest players from Arsenal’s Hale End Academy and one that is highly regarded by the club.

He played through the ranks for Arsenal and England and is in the sights of the Nigerian handlers should he become more established.

It’s yet to be known if Balogun will be at Arsenal ahead of the new season or will be sent on loan to a local or foreign club to continue his development.

While his international future is yet to be known, he still keeps a good touch with his Nigerian roots.