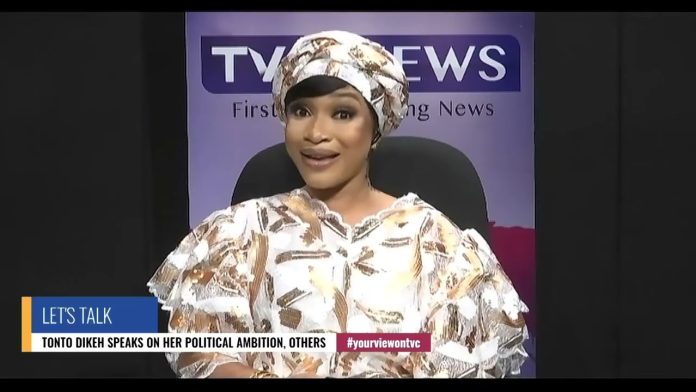 The mother of one, who was recently nominated as Tonte Ibraye’s running mate for governor by the African Democratic Congress (ADC), made it clear that Wike has never encouraged her aspirations.

She clarified her relationship with Rivers State Governor Wike and the factors that went into Tonte Ibraye’s selection of her as his running mate for the ADC governorship. CLICK HERE TO WATCH THE FULL VIDEO. 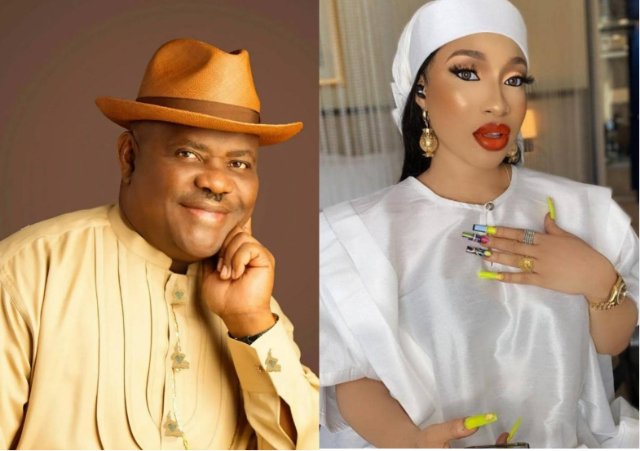 She said that while being renowned might have played a role in her selection as his running buddy, it was by no means the only factor.

She continued by saying that Tonte Ibraye chose her because of her high level of commitment and enthusiasm, as well as the fact that she is the most suitable candidate for the position.

The actress further stated that she is not entering the workplace as a renowned person but rather as a patriotic Nigerian citizen.

Speaking on the relationship she has with Wike,

She replied,
“He’s our number one citizen. I do believe that he has a personal relationship with my father and my family. Some people might say he’s my uncle but I’ll just like to see him as the number one citizen of River state.”

When asked if Wike has supported her ambition?

She replied, “No he has never been supportive to me in any form or way but that is not a problem, because it is the people who know you that will ignore that you can shine until other people support you for you to grow. I do not take it personal. He just doesn’t know what I’m capable of.”