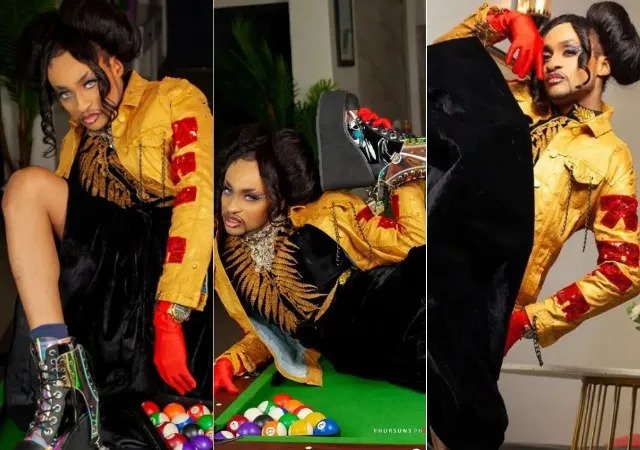 Denrele Edun, a well-known Nigerian entertainer and media personality, described how prospective BBNaija contestants pressed him with financial offers and occasionally sent him their Nud3s in an effort to win his support and increase their chances of appearing on the biggest reality TV program in Africa.

However, he bemoaned the fact that the majority of the young applicants interested in appearing on the well-liked TV program do not even know why or what they want to do on the show.

Denrele who made the revelation while on Vanguard’s online TV show, ‘Lunch Date with Vanguard’ stated that he is truly instrumental in securing access for some of the BBNaija housemates.

His words, “I get a lot of Nud3s from people who want to go for BBNaija. I get all kinds of monetary offers, I have gotten N100m, N50m, N30m and I tell people go and do something reasonable with your money. So, let’s just say if you don’t have a Denrele in your life that can help you rediscover yourself or help you get to the next level and give you direction to help you navigate your way through life, then what are you looking for? Go and find a Denrele. Away from that, yes! I have been instrumental to a lot of these things, It is what it is, I’m at the industry’s center of gravity, let’s just say I know people in the right places, when they ask you ask you tell them to come and meet me.

He, however, said some of those young people who want to go for the reality TV show which has lots of mileage do not even know what they want to go and do there.

Denrele said the mad rush for him to help intending BBNaija housemates started after Karen of the 2012 Big Brother Africa edition spoke severally about how he (Denrele) helped fill her form.

“It all started when my good friend, Karen Igho got into the house and was always saying na Denrele help me fill my form”

Asked if he influenced anyone into the BBNS7 edition, he replied “Well! I have a lot of amazing people in the house and some that are still coming in.” The host, Siji asked again if there’ll be new housemates coming on the show and he affirmed it, saying ”Ýes, they are coming in”

“I just don’t want to start eavesdropping, I want people to enjoy the show, that is what the show is about, I feel that the show is therapeutic, I watch the show and I see people I can relate with, people who remind me of myself and I’m drawn to them, maybe that is what I also look for in people who I might decide to say, let’s say take a chance with this person, let’s see where it goes.” He said*

“I actually didn’t like you” – Denrele Edun Recounts Experiences With Ini Edo, as he eulogize her on her 40th birthday