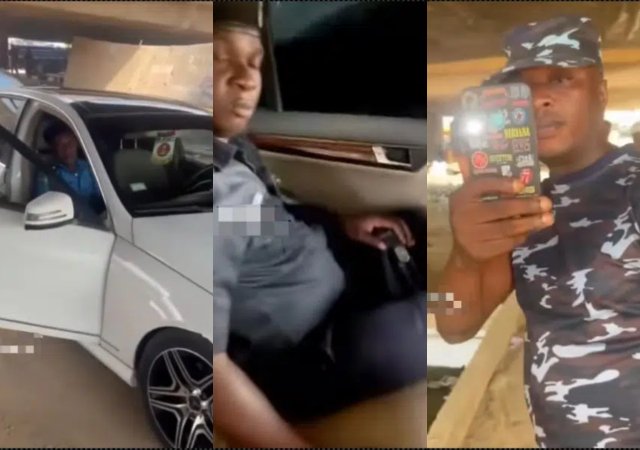 A confrontation between a Benz owner and police officers was caught on camera.

This happened after the cops approached him, confiscated his automobile, and informed him that he was being arrested.

The man who pointed out that the police officers had no name tag and did not tell him his offence asked if they bought the car his driving for him.

When they told him he’s under arrest, he responded by saying “na your father you dey arrest”.