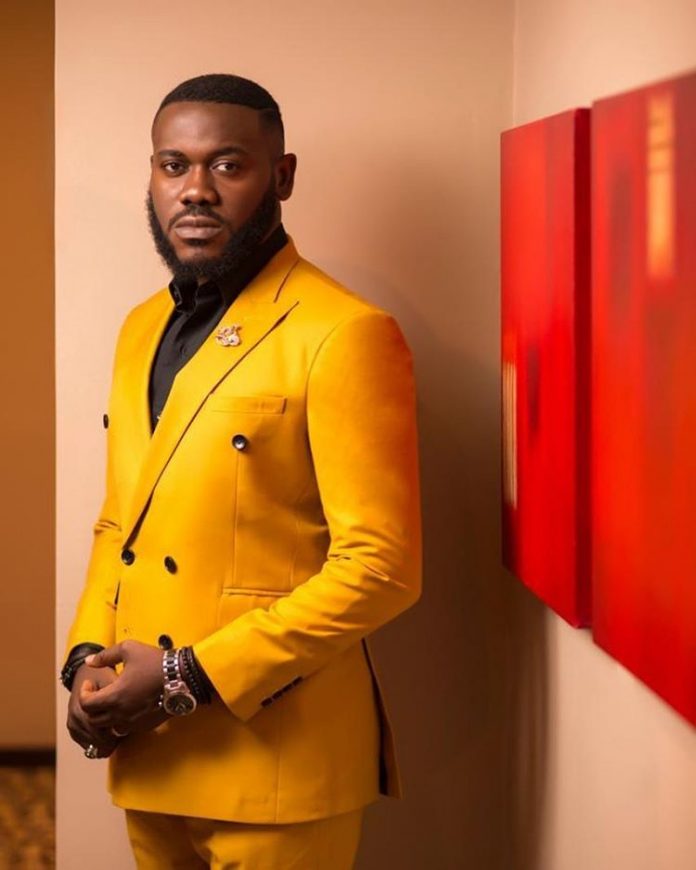 Nollywood actor, Deyemi Okanlanwon has taken to his Instagram page to celebrate his 7th year wedding anniversary with some amazing pictures. 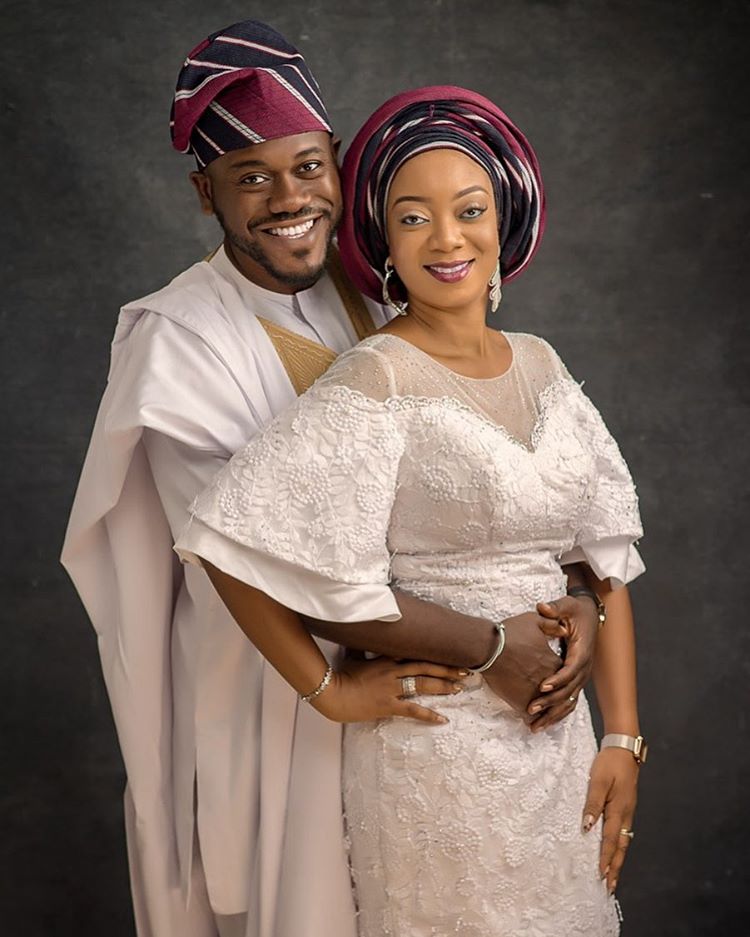 The dark skinned actor who has been on the big stage for some time now took to the Gram to celebrate the great day with cute pictures of himself and his wife.

Deyemi Okanlawon who rose to stardom for his roles in the TV Series Gidi Up and An African City penned an emotional message for his adorable wife as he noted that her fitness has robbed over him.

Year 7 vs Year 1… as you can see her fineness has rubbed off on me and I’ve gotten better at this “gebying” of iyawo tin! ? #weddinganniversary
2020 @gbenganelly
2013 @stanleeohikhuare

Year 7 vs Year 1… as you can see her fineness has rubbed off on me and I’ve gotten better at this “gebying” of iyawo tin! ? #weddinganniversary 2020 @gbenganelly 2013 @stanleeohikhuare

He said back then about their relationship in an interview with Pulse Nigeria: “We went to school together, University of Lagos Chemical Engineering department; we just never ever got to talk.”

“She was two years below. We met again at a mutual friend’s wedding and we started talking, and I realized that for the first time I actually had the one person I could connect with.”

2. If he weren’t acting and entertaining you, he would still be selling Baker’s World cupcakes.

3. The talented actor is passionate about two things – acting out beautifully crafted stories on film and stage, and helping small businesses grow.

4. Before becoming a full time actor in 2013, Okanlawon had a career in Sales and Marketing.

7. Okanlawon is a graduate of Chemical Engineering from University of Lagos.

Johnson Olumide - February 18, 2020 0
Rita Ora,26 is currently filming the part 2 of the romance Novel Fifty Shades Darker, and while on their downtime from set she shared...

Violette - July 1, 2020 0
One of the greatest American musician, 6ix9ine and sexy singer, Nicki Minaj. Has made another history with the song they released just of recent in...

Violette - November 1, 2020 0
Singer, Yemi Alade, rarely talks about issues of national concern, but when she does, the Shekere singer delves into it with passion. In the wake...