Home Entertainment Actress Bimbo Akisanya opens up on why she left her one year... 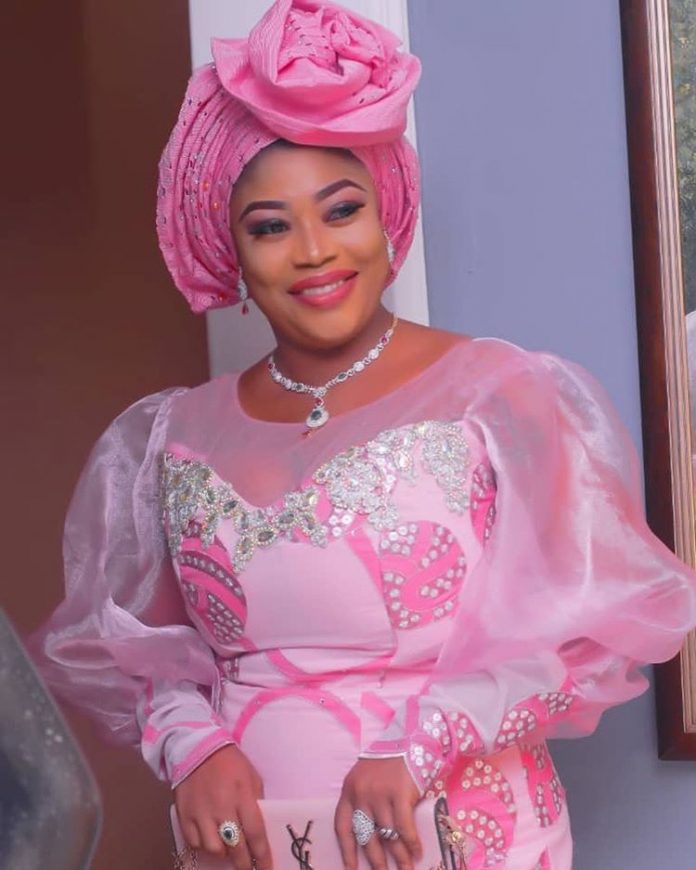 Veteran Nollywood actress, Bimbo Akisanya has finally open up on why she left her one year marriage. 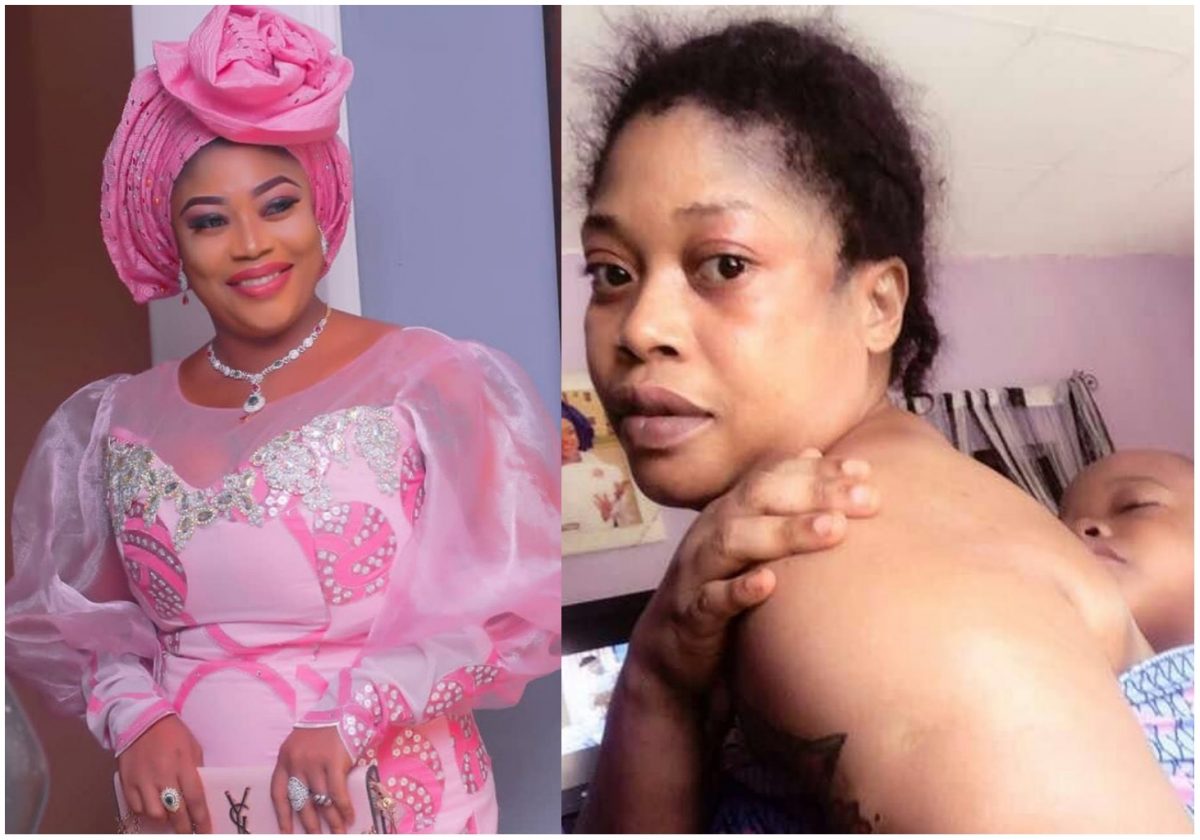 With celebrities marriage not taking long before it crashes, Bimbo Akisanya’s case was no excemption as she had to walk out of her marriage after just one year.

The beautiful actress and producer have now come out to reveal the main reason why she had to quit her matrimonial home at such an early time.

Bimbo Akisanya stated via a post on her Instagram Page that she had to leave the marriage so as not to lose her life and that of her son.

Despite stating that it was not an easy decision to make, Bimbo Akisanya noted that her 1 years and 4 months old marriage was hell as she advised fans to walk out of a marriage if it’s not working so as not to turn into a murderer. 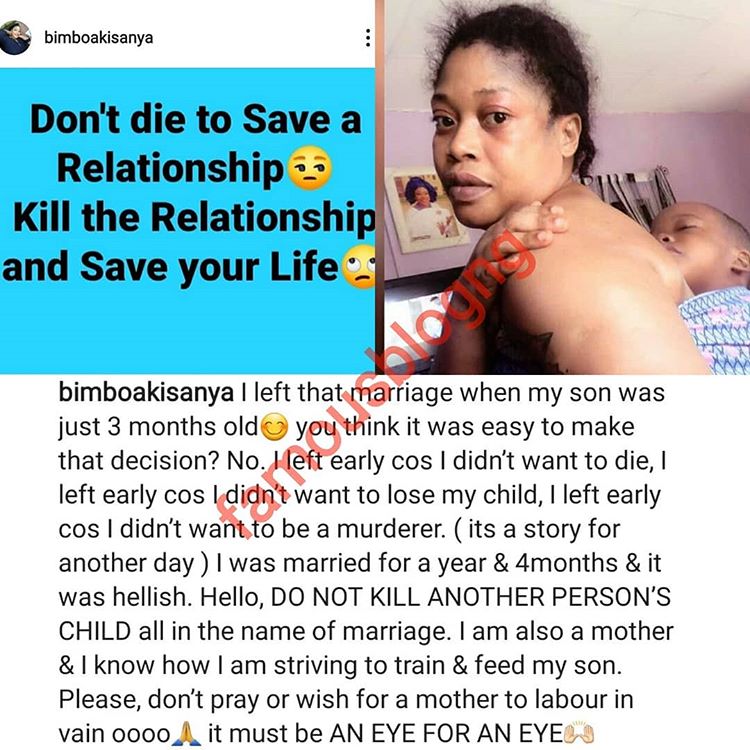 Bimbo Akinsanya who has starred in many movies got married on May 24, 2014, to the father of her child.

The actress revelation on her marriage is just one out of many celebrities that have come out to state domestic violence as the reasons for the crash of their marriage.

However, some celebrities are getting it right in their marital life but the percentage is low.

Veteran actress Funke Akindele also had to go through such phase in the past when her one year old marriage to Kehinde
Almaroof Oloyede crashed some years back.

The end of the marriage was made known to the public when her husband took to his
Facebook page to announce their separation.

After her marriage crashed, one of the first things the star actress did was to remove her husband’s last name from her social network IDs.

However, she is now enjoying her second marriage to music executive, JJC Skillz and the union is already blessed with an adorable twins.