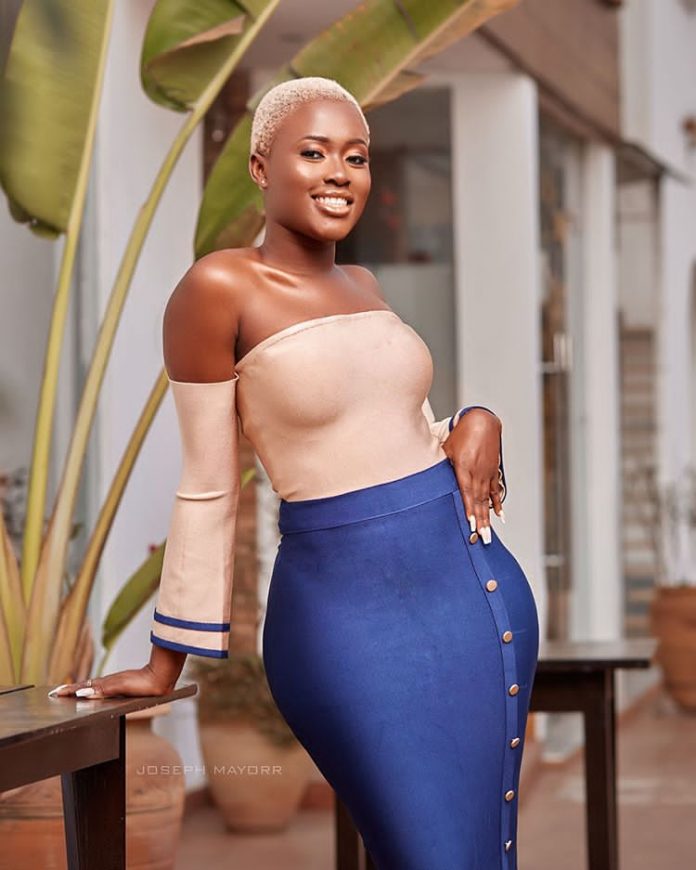 Ghanaian actress, Fella Makafui might be having a bad time concerning her recent breakup with Medikal but she’s not taking the good time they spent together for granted.

Fella Makafui who raised eyebrows some days ago after deleting all her Instagram post as her journey towards a new adventure begins, silenced a troll who tried to disrespect Medikal.

The beautiful and talented actress had resume normal service on her Instagram Page as she gave fans another stunning view of her curves, and captioned it with a message: Ewe Girl wey no get wahala?.

However, a fans who seems to derive joy from trolling celebrities commented on the picture by saying: Medikal was wahala.

Fella Makafui who was not too pleased with the comment warned the fans as she noted that she won’t want any disrespect for Medikal. 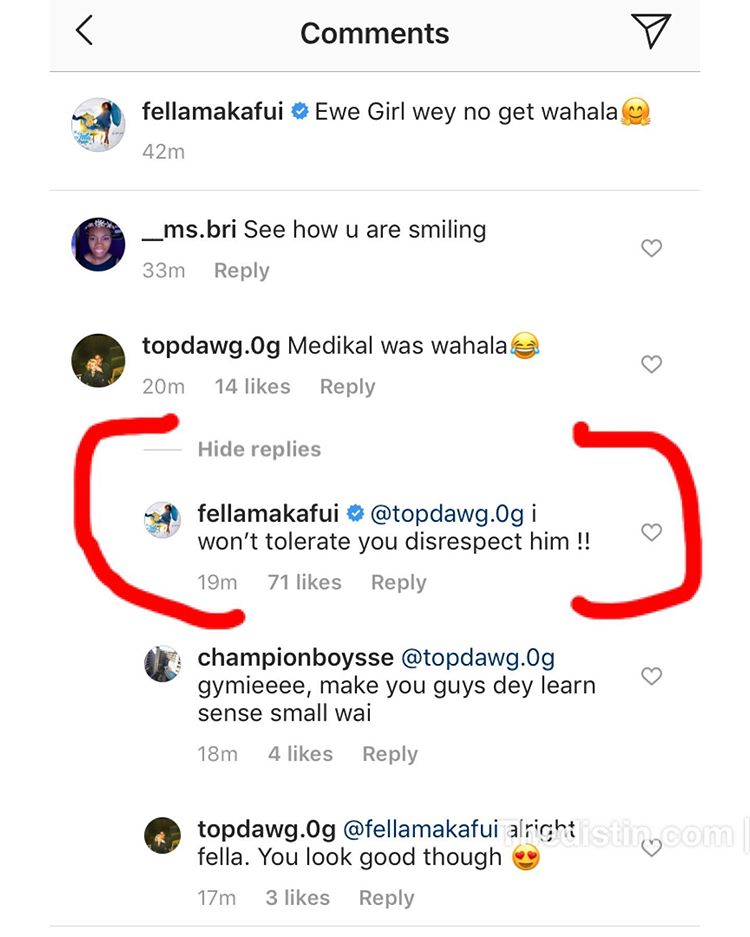 Rapper Medikal and Fella Makafui called their long time relationship quit for some reasons yet to be disclosed by both stars.

However, some section of the media and fans believed that Medikal must have cheated on the star actress and this must have caused the rift which led to the crash of their relationship.