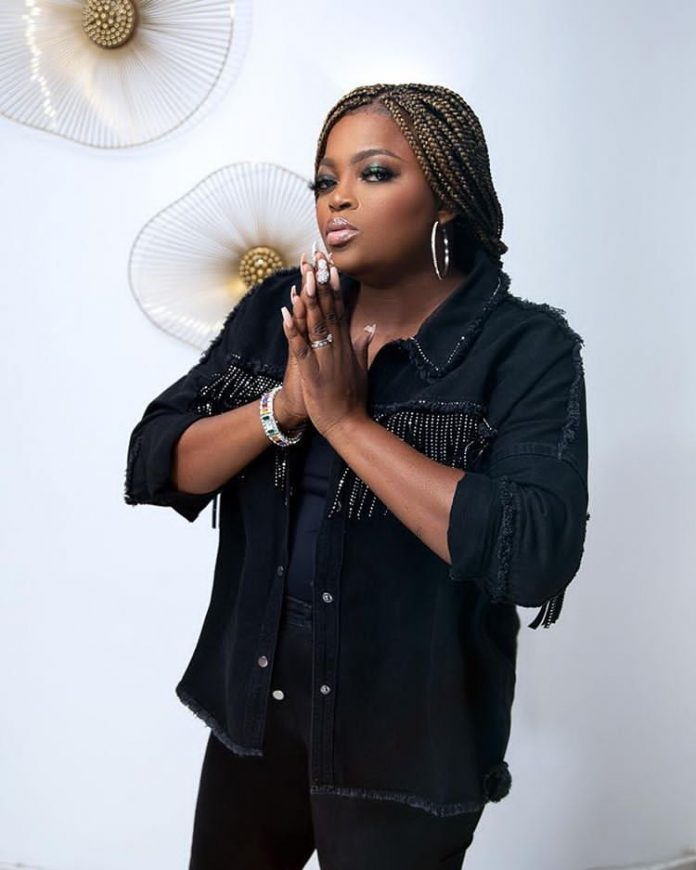 Veteran Nollywood actress, Funke Akindele Bello has finally unveiled the face of her adorable twins for the first time. 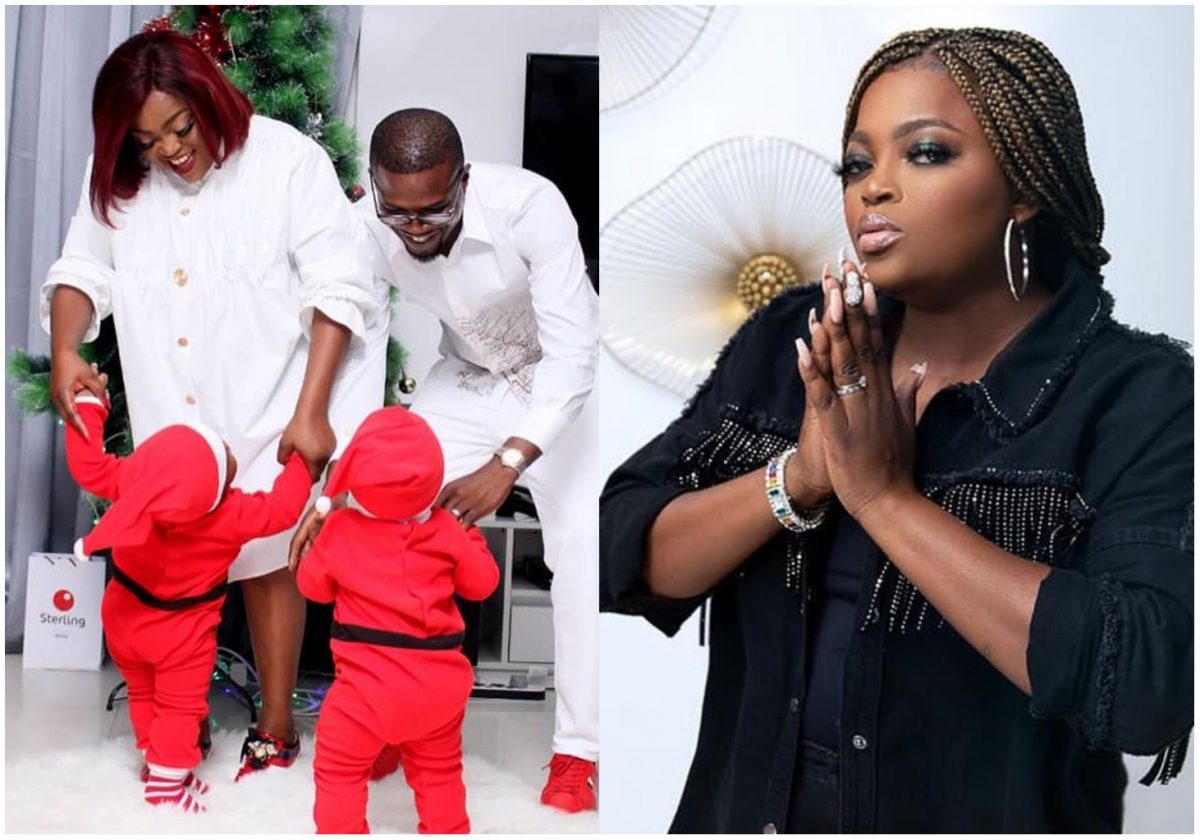 Funke Akindele who has refrained from sharing the full pictures of the babies on social media eversince she welcomed the bundles of joy in 2018 seems to have had a chance of mind.

The award winning actress popularly known as Jenifa by some fans have been posting pictures and videos of the twins on social media but has been careful not to show their face.

However, Funke Akindele who is consistent on her Instagram Page ditched the social media platform as she took to her Snapchat account to give fans a glimpse of their face.

Funke Akindele shared a cute picture of her husband and father of the twins, JJC Skillz, with the twins.

In the photo, JJC Skillz, was seen facing the camera with the two boys warmly cuddled in his hands. 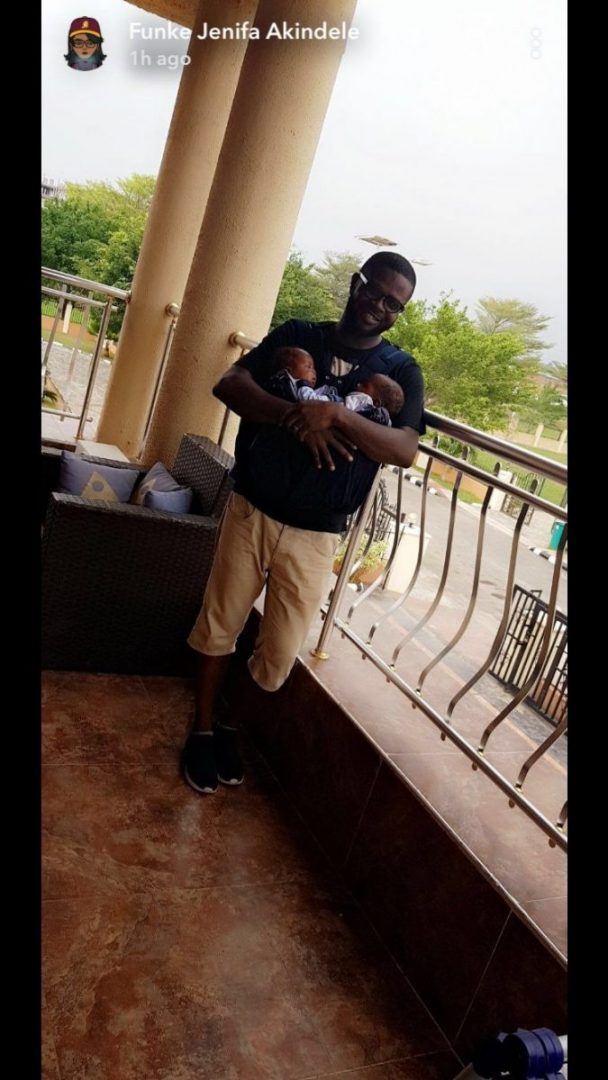 Though the picture might not show the full view of the adorable twins but this is the first time, Funke Akindele will be going as far as revealing the identity of the twins.

Fans who have always been curious of seeing the twins fans will be glad to see the post after trolling the actress for a long period of time.

The beautiful mother and filmaker some months ago showed her humanitarian behavior when she saved a woman who was being assaulted by a security guard.

The actress had come to the woman’s rescue after the security man had Injured her with his belt as she made sure he was apprehended by the authorities.

Johnson Olumide - March 21, 2020 0
Nigerian musician Orezi  Burns One thousand Naira Note in New photo. Let's get your reaction to this action of he's Do you think it's right to do...

Violette - November 10, 2020 0
An activist, Kenechukwu Okeke has filed a criminal complaint before a Chief Magistrate’s court in Abuja against Fifty (50) EndSARS promoters. In the complaint sighted...

Violette - July 1, 2020 0
Actress Inem Peter is one best actress in the industry flaunting her asset. The endowed and well curvy Nollywood actress, Inem Peter has raised concern. She...

Violette - December 17, 2019 0
Afrobeat singer, Burna Boy has gifted himself with a brand new Ferrari worth a staggering $300k which is equivalent to 108 Million Naira. Burna Boy...