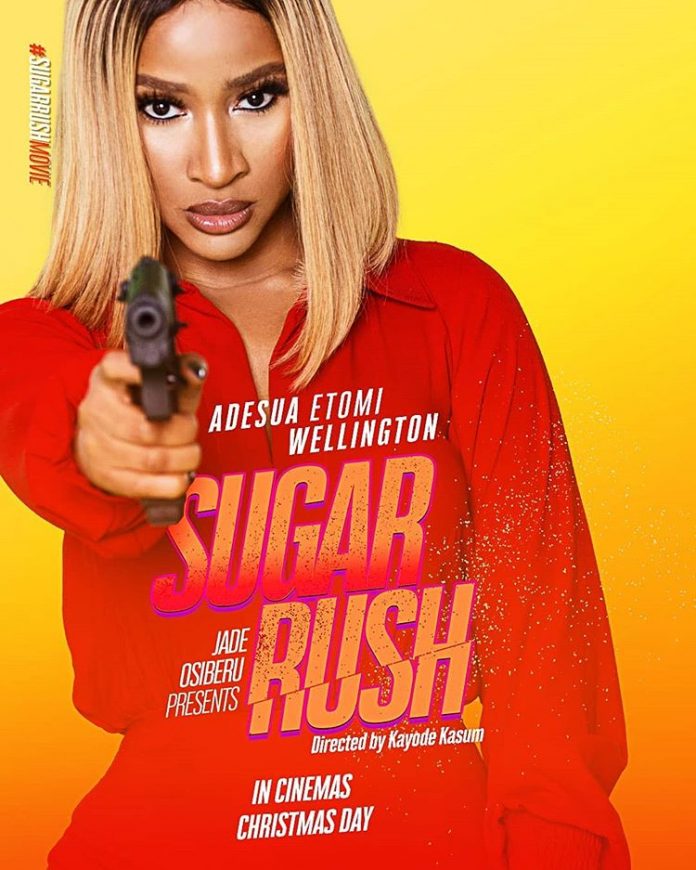 Nollywood actress have taken to their respective Instagram Pages to voice out their frustration as new blockbuster movie, ‘Sugar Rush’ gets suspended from the cinema. 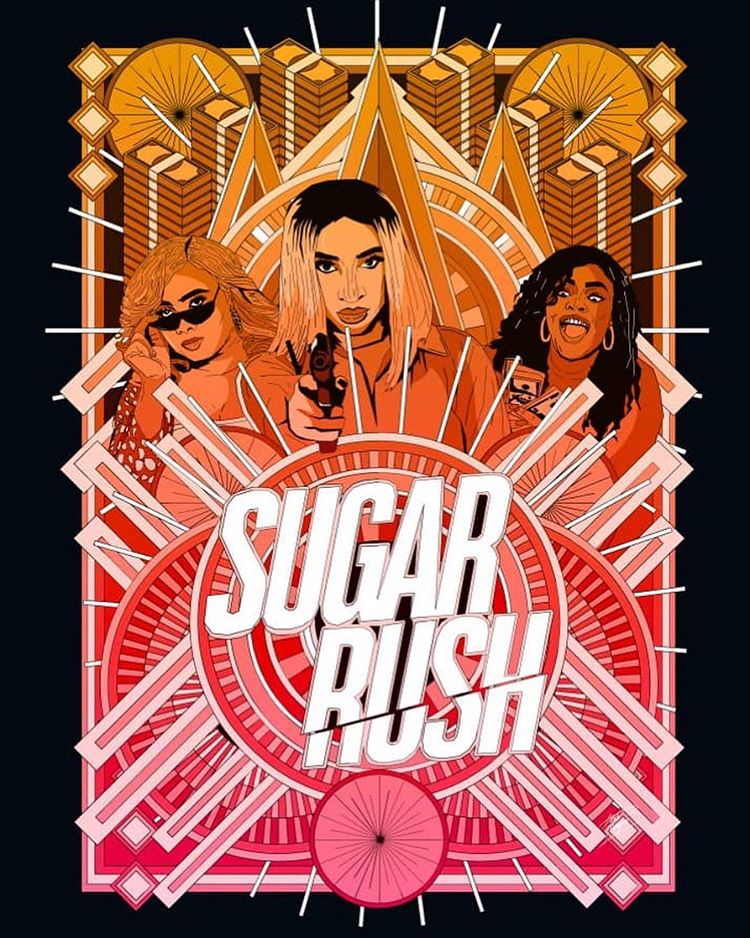 The movie which has been screening in cinemas across the nation for some while now was said to have been suspended over an issues which the celebrities stated are beyond control.

Actress like Toke Makinwa, Omoni Oboli and film maker, Jade Osiberu have all voiced out their frustration on the social media platform.

The celebrities via the post noted that fans should stay positive as efforts are being
made for the movie to be back on the big screen as they captioned the post with an hashtag which says #BringSugarRushMovieBack. 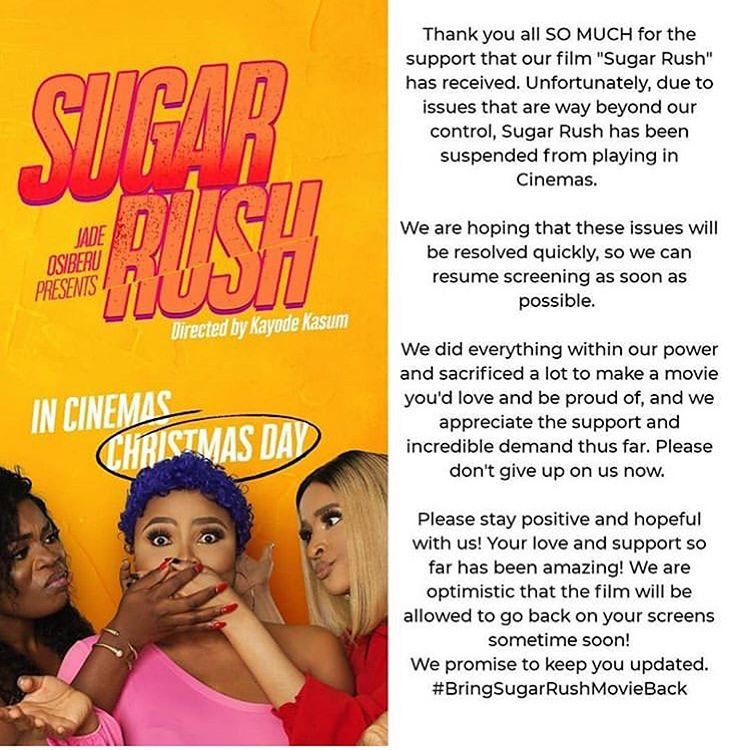 Reasons why the movie was cancelled is still unknown as fans will hope the situation get sorted out as soon as possible.

Ifeoma Ngozichukwu - December 9, 2021 0
The beautiful Dorcas Shola-Fapson left us in an "aww" moment as she shares lovely videos of her and her father. The two can be seen...

Aww!!! Its Official as Noble Igwe and Chioma Otisi are Married

Johnson Olumide - February 18, 2020 0
The CEO of 360nobs.com got married to her heart-rob Chioma Otisi this morning in white wedding Ceremony held at the catholic church. READ ALSO: Actress Liv Tyler shows off her baby bump while...

Johnson Olumide - April 30, 2018 0
Though there has been no certain proof, for quite some time now, fans have questioned the ongoing relationship between Wizkid and recently single Tiwa...