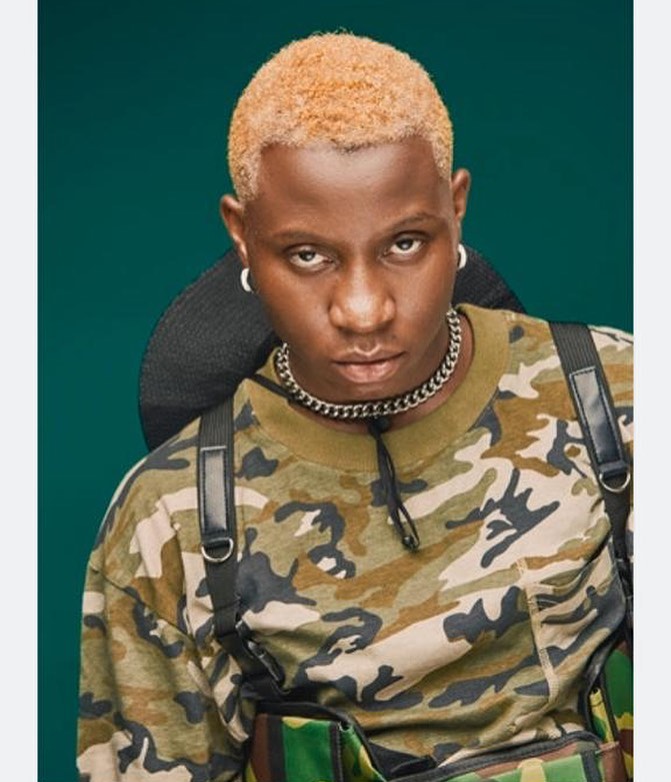 Fast rising afrobeat singer, Soft has reavealed his celebrity crush and it’s no one but American star actress and filmaker, Genevieve Angelson. 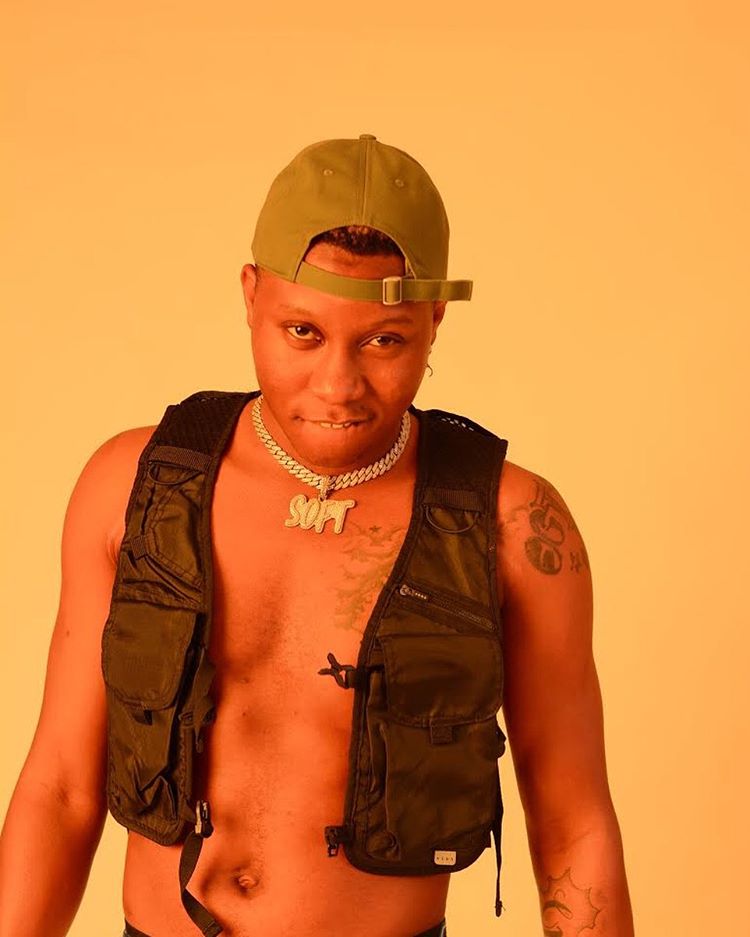 Soft who is one of the the star to watch out for this year took to his Instagram Page to reveal what is meant to be a secret to his fans across the globe.

The singer and songwriter however stated his intentions in a controversial manner as he noted that he heard Genevieve Angelson is sweet in the middle.

Nobody is above ??? , I hear say Genevieve sweet for middle oya DM my crush @genevieveangelson 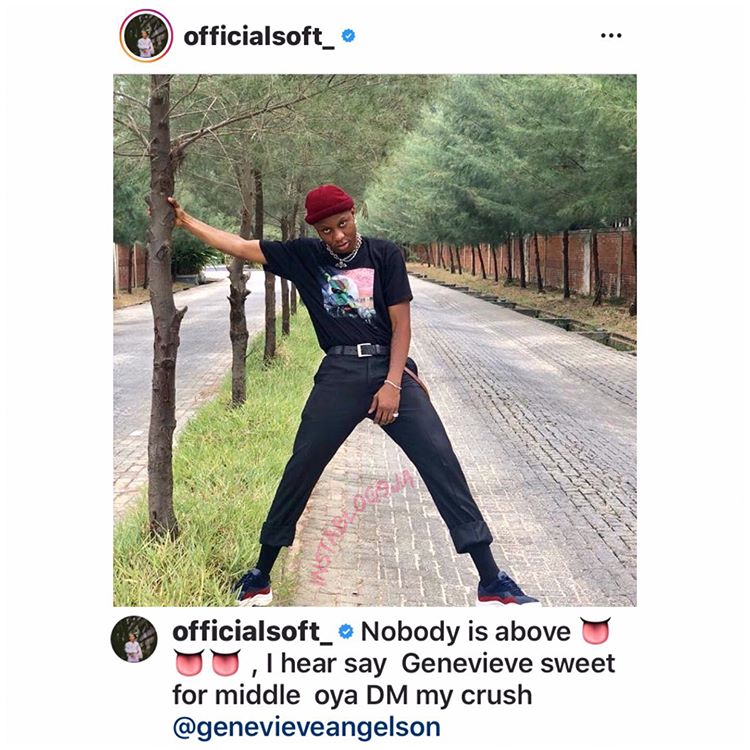 Soft has been controversial in the past as he caused a stir online some months ago when he noted that all men will eventually marry a prostitute.

The singer had written ;

This statement raised eyebrows on social media as some section of the fans condemmed him for his comments on ladies.