Fast rising singer and rapper, Omoniyi Temidayo Raphael popularly known as Zlatan Ibile continue to show fans how much savage he’s got to offer as he prays for an upcoming artiste who asked for his help before deciding to help him. 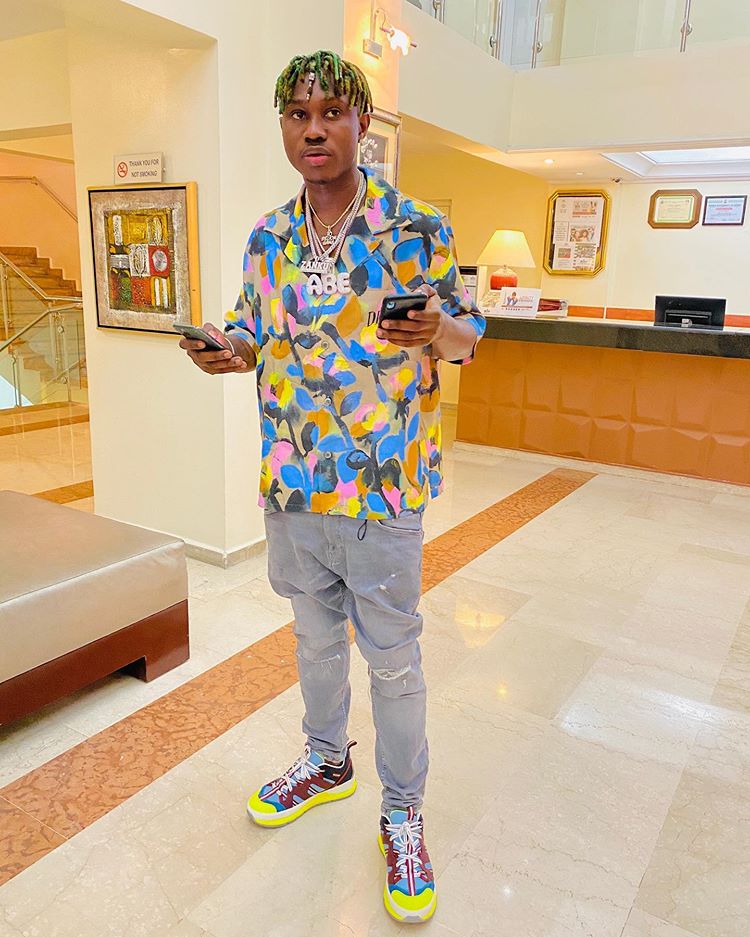 Zlatan Ibile who is currently the wave of the moment turned pastor in a thrilling manner by showering prayers on the upcoming artiste.

Known and loved for his indigenous rap style as well as slangs which are well accepted by the street, Zlatan Ibile shocked the upcoming artiste who was expecting a contact or money but instead met an ordained Zlatan Ibile who prayed for him.

However, Zlatan Ibile who recently annouced the launch of his personal Record Label which he named Zanku Records while sharing the video on his Instagram Page noted that he will be giving the artiste an oppoutunity  to  perform alongside him at the Fela Shrine as fans and lovers thank him for his kind gesture towards the upcoming artiste.

??? FELA SHRINE ON THE 19th !! He would be performing live with me on stage

The ‘Yeye Boyfriend’ crooner has not been short of drama ever since he came into limelight as he was slammed by some fans on Twitter after he promised a giveaway of 1 million naira to some fans.

However, Zlatan Ibile could not keep his promise as he stated that he his having difficulties with his mobile banking application.

Some fans who were not pleased with his excuse took to popular micro-blogging platform, Twitter to troll him, the fans went as far as calling him a scam and started the trend #ZlatanIsAScam.

Zlatan Ibile might who seems to have not had enough of trolls, gave a fans who asked him money for school fees a shocking answer on Twitter as he advised to quit because he himself was unable to finish his studies.

It seems the singer who has been dishing out back to back hit tracks will continue with his savage altitude as some fans tend to enjoy and love the drama that comes with it.

Violette - June 15, 2018 0
Sauce Kid is the latest celebrity who has shared his opinion about the relationship between Wizkid and Tiwa Savage. In a recent interview, the music...

“I am not your mate” — BBNaija’s Tacha brags as Nicki Minaj follows her...

Violette - January 6, 2021 0
Big Brother Naija star Natasha Akide popularly known as Tacha is currently on cloud nine as one of the biggest personalities in the world...

Violette - July 1, 2020 0
Samklef who is a Nigerian producer says Wizkid which is popularly known as Star boy has always been his boy from way back even till...