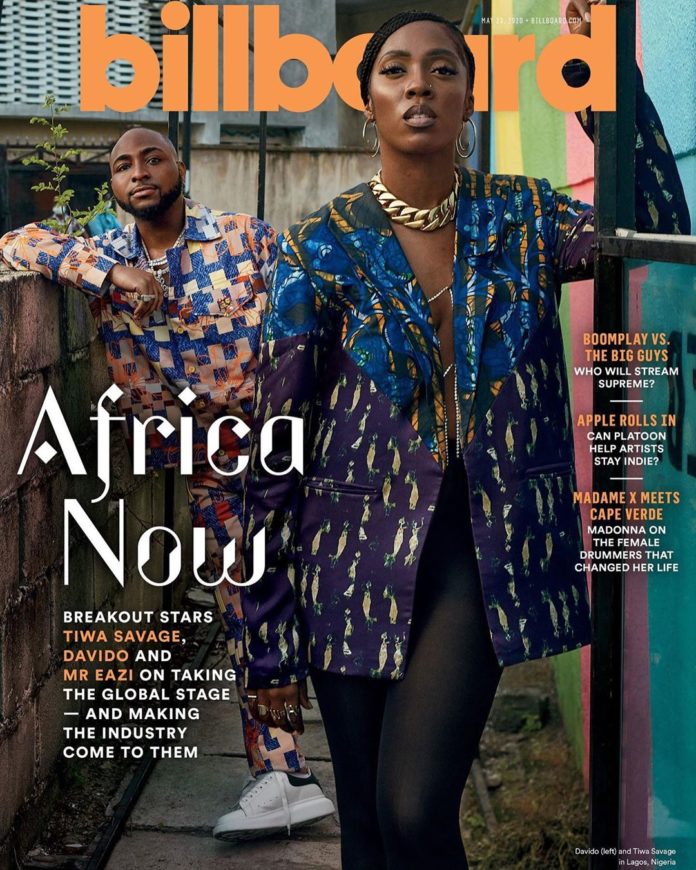 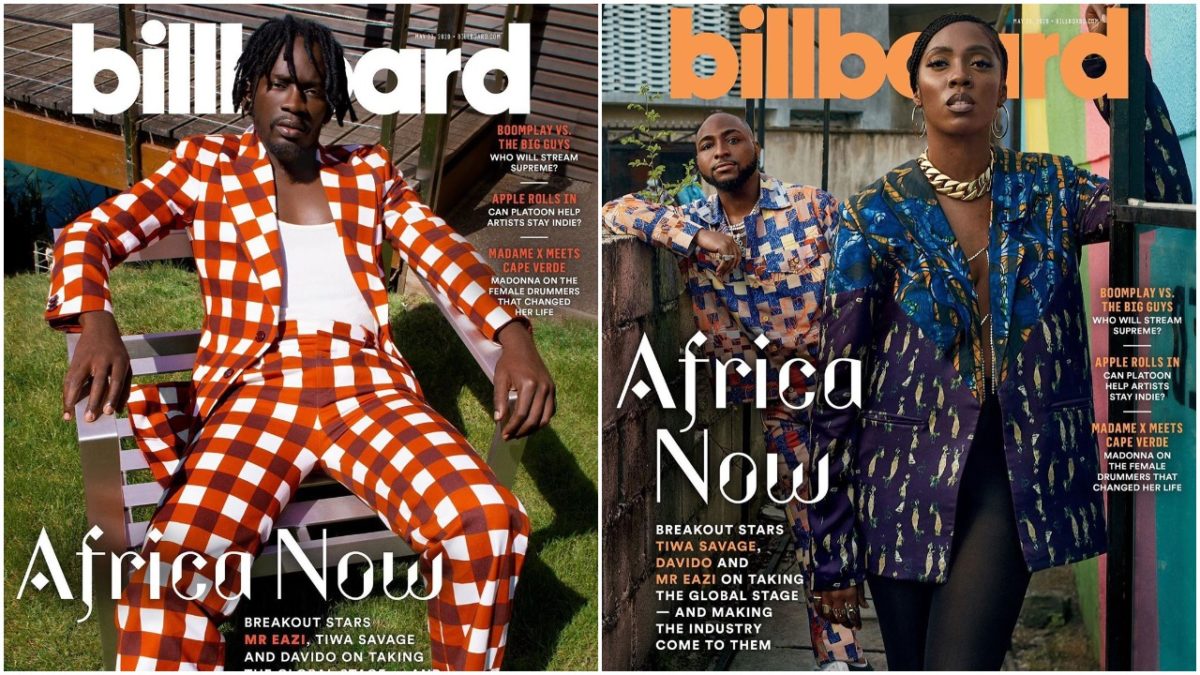 One of the best magazines we can find around has now featured Nigerian celebrities to make their cover pages.

African now magazine have been around for years, talking about the African culture and ethics.

The magazine called AFRICA IS NOW is an online magazine

It also serves as a platform for African creatives and creativity to been shown around the world.

Moving forward, it can be said as one of the best magazines of not the best, focussing on Africa.

In as much as the magazine focuses on Art, it will always find relevance in Africa.

In the process of focusing on music as well, it got the attention of the music stars.

And this made the music celebrities to feature in the cover page of the magazine.

Davido who is a too notch music artiste and a loving person loves to play stunt is happy to cover the magazine.

Tiwa Savage which has been in the news for a while now for her speech on sex education is also part of the cover page.

Mr Eazi who is reportedly to be one of Otedola’s child boyfriend is also a part of the cover of the magazine.

It is quite wonderful to see a large number of Africans especially Nigerians on the African Now magazine.

They dressed in a cute traditional dress with a good setting to match their outfit.

The picture below says it all about the magazine and the people they used as their cover.

To indeed say that seeing this people on this magazine is wonderful.

Johnson Olumide - February 18, 2020 0
The 34-year-old celebrity and Reality TV Star has definitely got her post baby body back and she can flaunt it all she Likes. (adsbygoogle = window.adsbygoogle || ).push({}); Kim...

Johnson Olumide - March 21, 2020 0
Davido took to his Insta-story to react to the postponement of elections by the Independent National Electoral Commission (INEC), announced few hours ago.  Davido who...

Violette - November 19, 2020 0
Nollywood actress and film director, Ifu Ennada have finally make up her mind on Nigerian men as she noted that she's not going into...

Johnson Olumide - May 26, 2018 0
Nigerian musician,Reekado Banks was caught staring at an endowed lady’s bossom . The star looked spell bound as he focused on her chest. Wizkid ignores...