Many people have been joyous and joyful about celebrating the new month.

But this is not true for the Nigerian based singer and entertainment star Davido as he got fractures in his leg. 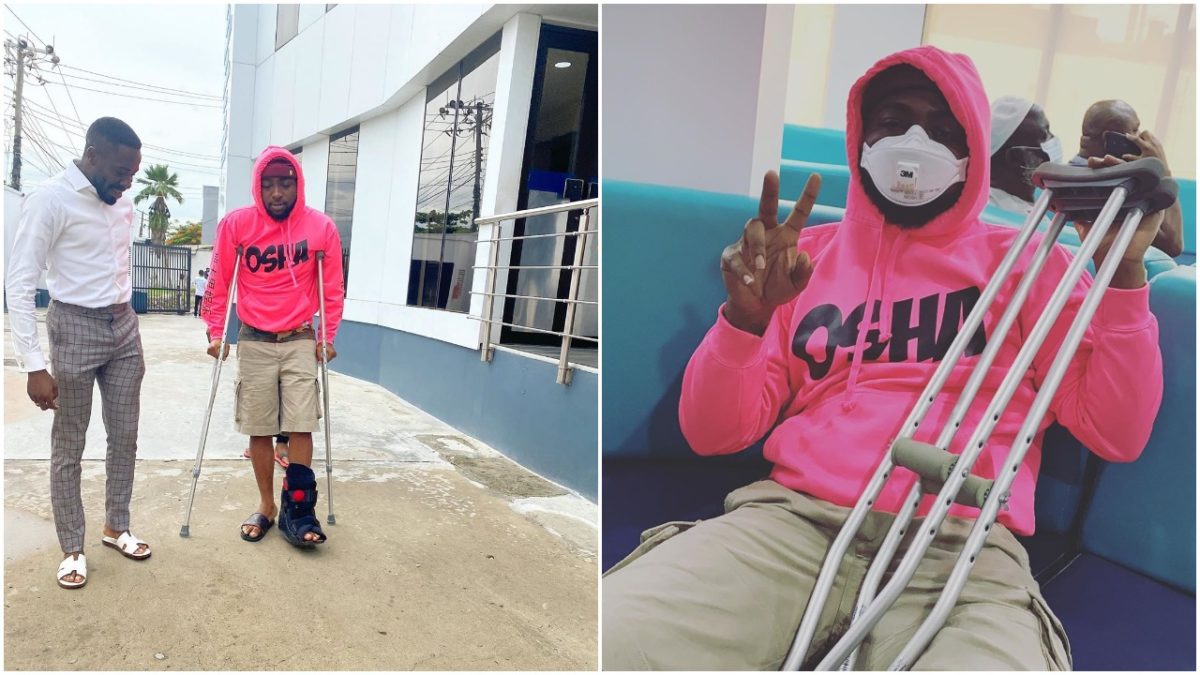 Davido was seen with his legs with big bandage.

And also the Aye crooner could not walk alone without crunches and leg support.

Madam Olunloyo who hates on Davido for some years now has her way again with the celebrity and star.

This time around, he accused him of not saying the truth always.

And also she says he love to chase clout which his other mates in the industry does not.

Remember that Davido cancelled his tour around America when the pandemic virus broke out.

She also accused him of him of faking the Chioma show about not starting till now.

And Davido is actually not even bothered about her and her accusations.

His leg however is an injury not too serious as he is seen working around.

Davido loves how he is doing and does not seem bothered with anything.

Check out the pictures of David leaping on his fractured feet below.

How some people chose to enter June. Nawa. At some point yesterday we were literally thanking God there are no shows right now ?. Get well soon bro @davidoofficial ????