Davido who was birthed in America some years ago into to the family of Adeleke.

He has become a star and a celebrity at that in the country and beyond. 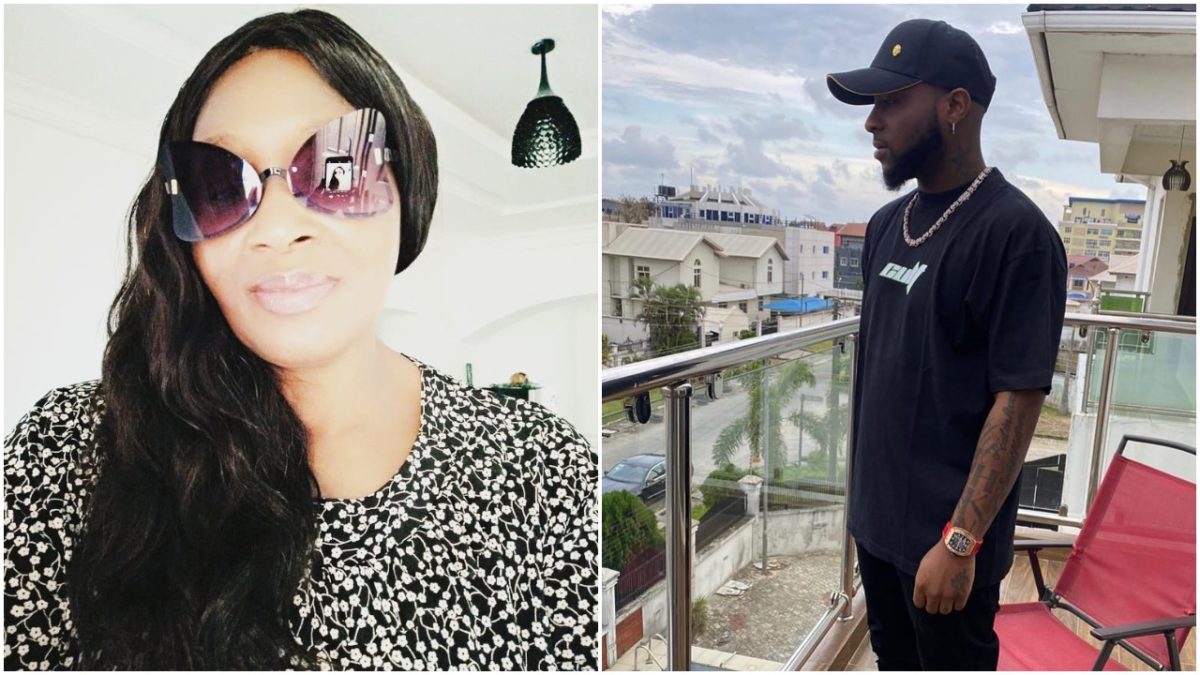 However, the popular investigative journalist has been on his neck because he refused to apologize to her.

It has gotten to a start that Kemi publicly drags the celebrity star and singer.

And this time around, it is about rape and sexual harassment allegations.

You remember how she has been dragging Peruzzi just of recent because someone accused him of rape.

The issues of rape and sexual assault should not be taken lightly but for Kemi, let’s wait for what she got.

She went to one of her social media handles to state her claims about the involvement of Davido in assaulting her.

“His fans and associates endorse his reckless behavior and it spirals.” He continued.

“He has found it hard to say ‘Sorry’, an easy word which could go a long way in forgiving him”. She says.

The investigative journalist said a lot of things about Davido.

And it appears that this fight will stay very long than expected by everyone.

Check out the full story of how Kemi Olunloyo drags Davido on her official Twitter handle below.

Davido Sexually Assaulted Me In 2018 – Kemi Olunloyo . . The Famous Nigerian blogger and Investigative Journalist, Dr. Kemi Omololu-Olunloyo has taken to her official twitter account to reveal how the Famous Nigerian Crooner, Adeleke David, Professionally and Widely known as #Davido harassed her sexually on the 20th day of October, 2018. . . Kemi Omololu-Olunloyo says that sexual violence begins with sexual harassment in Nigeria and no one knows that Davido sexually harassed her on the 20th of October, 2018. Ever since then, Davido has found it difficult to apologize to her. . . She tweets thus: “”Sexual violence in Nigeria starts with sexual harassment and Davido fans do not know how he (Davido) sexually harassed me on the 20th day of October 20th 2018. His fans and associates endorse his reckless behavior and it spirals. He has found it hard to say ‘Sorry’, an easy word which could go a long way in forgiving him”. . . It is not far-fetched that all the hatred that the Journalist has been outpouring to the Crooner lately is a product of this late time confession. . . Additionally, Kemi Omololu-Olunloyo says she hates Davido with passion and several artistes like Samklef had pleaded to her to forgive him but she says she is not forgiving him and will never forget. . . Lastly, she tweets that: “Samklef plead to me to let things go. I said No! Nobody forgives and forgets. You cannot do both. I am not forgiving Davido as I had told the Sahara Reporters and I will never forget. I have Davido with passion. You sexually harassed me! I hate you, apologize! It was wrong”. . . She promised to reveal how it happened on her podcast.

Johnson Olumide - February 17, 2020 0
There aren't nothing in life compared to a mother's Love. Talented and Music Sensation, Tiwa Savage shared this Adorable Photo of her son on her...

Quavo And His Girlfriend Saweetie Share Their Love Story As They Cover GQ ...

Violette - July 16, 2020 0
Popular Hip Hop rapper, Quavo is  here showing you all how to treat a woman as he covers GQ Magazine latest edition with his...

#BBNaija: I won’t betray my boyfriend by dating Ozo – Nengi opens up (Video)

Adedokun Moses - July 27, 2020 0
Housemate at the Big Brother Naija 'Lockdown' show Nengi have finally open up on the main reason why things can't work out between her...

Adedokun Moses - October 27, 2020 0
Dramatic Nigerian politician, Dino Melaye have shared his opinion on the sad event that happened at Lekki tollgate on the 20 of October. Dino Melaye...