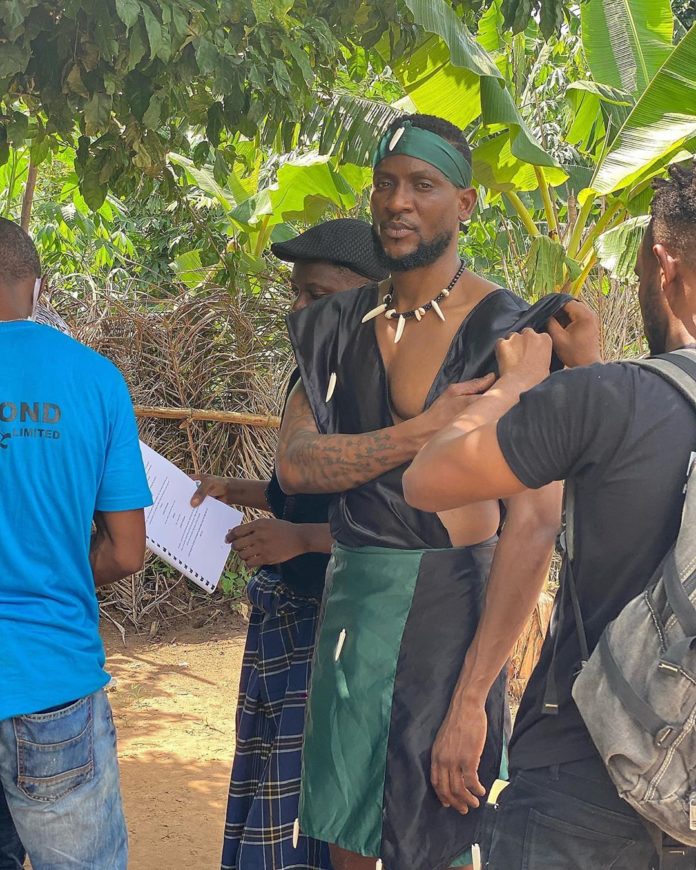 The former Big Brother Naija star Omashola has, however, come out to brag about his new dealings with Nollywood.

To start with, the earth or perhaps the world is full of opportunities and it can be grabbed at any instance.

Come to think of it, how Omashola got into the Big Brother Naija house and launched himself into his acting career.

This young man could be very sceptical sometimes and he showed his acting skills when he was in the house as well.

During this season of intense lockdown due to the Coronavirus pandemic, a whole lot of people taught this year is a waste already.

And many people even think it is not safe and right to pursue one’s goals for this year any longer.

But the achievement of Omashola launching himself into the acting space gives an assurance that it is still very much possible to achieve something this year.

The young man however made this known on his official Instagram page saying he made it into the Nollywood.

In his words, actually, he says his next step is to get into the Bollywood space where he will compete internationally.

Check out the pictures he posted on his official Instagram page below.

Mama I made it to Nollywood ? next stop Bollywood, then Hollywood yeeee I don blow ?????

Violette - Modified date: July 2, 2019 0
The black and yellow crooner teams up with Swae Lee (1/2 of Rae Stremmund) to bring this tune. Download

Johnson Olumide - Modified date: March 21, 2020 0
Nigerian actor and politician, Desmond Elliot gave a hilarious response to a man who said he needed money to buy a new generator to...

Adedokun Moses - Modified date: February 4, 2020 0
American singer and rapper, Nicki Minaj has set to social media world on fire as she released the snippet for her single titled Yikes. The...

Johnson Olumide - Modified date: March 15, 2018 0
Evicted Big Brother Naija 2018 housemate,Ifu Enada has been basking in the euphoria of her new found fame,following her eviction from the house last week.The...

Adedokun Moses - Modified date: November 10, 2019 0
Mercy might have broken the record by becoming the first lady to win the big brother naija show, but she is also doing well...