Billionaire daughter, Florence Ifeoluwa Otedola popularly known as DJ Cuppy seems to have finally given up on love as she prophecise she might remain single for life.

when it comes to her relationship status.

personality in the world.

will surely be worrisome to her fans and followers.

DJ Cuppy is currently in Monaco having a nice time and she has been tensioning fans and followers with her sexy pictures.

The beautiful screen diva have also advise fans who might be depressed with her pictures to unfollow her as she will be flaunting her hot and sexy body. 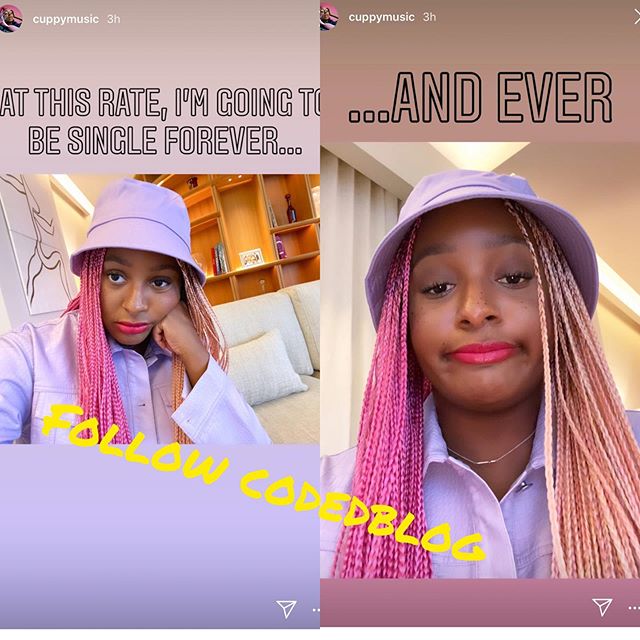 Violette - November 10, 2019 0
Former Big Brother Naija housemate, Enkay has got her followers talking after releasing a dazzling photo of herself in a jumpsuit. Enkay who was introduced...

BREAKING: WWE legend The Undertaker retires from wrestling at 53

Johnson Olumide - March 21, 2020 0
WWE legend The Undertaker has retired from wrestling at the age of 53, with no WrestleMania comeback planned. Talking about wrestling with anyone who used...

Violette - August 20, 2021 0
A new development has surfaced in the marriage of singer and songwriter, Paul Okoye popularly known as Rude Boy as his wife, Anita Okoye,...

Seyi Shay Reveals What She Sacrificed For Her First Nollywood Role

Johnson Olumide - July 8, 2018 0
When it was reported that Seyi Shay had landed a lead role in Biola Alabi’s yet to be released movie ‘Lara and the Beat’,...