Moments ago we reported the news of a yet to be identified Helicopter that crashed into a Residential building at number 16 Salvation Street, Opebi Lagos. 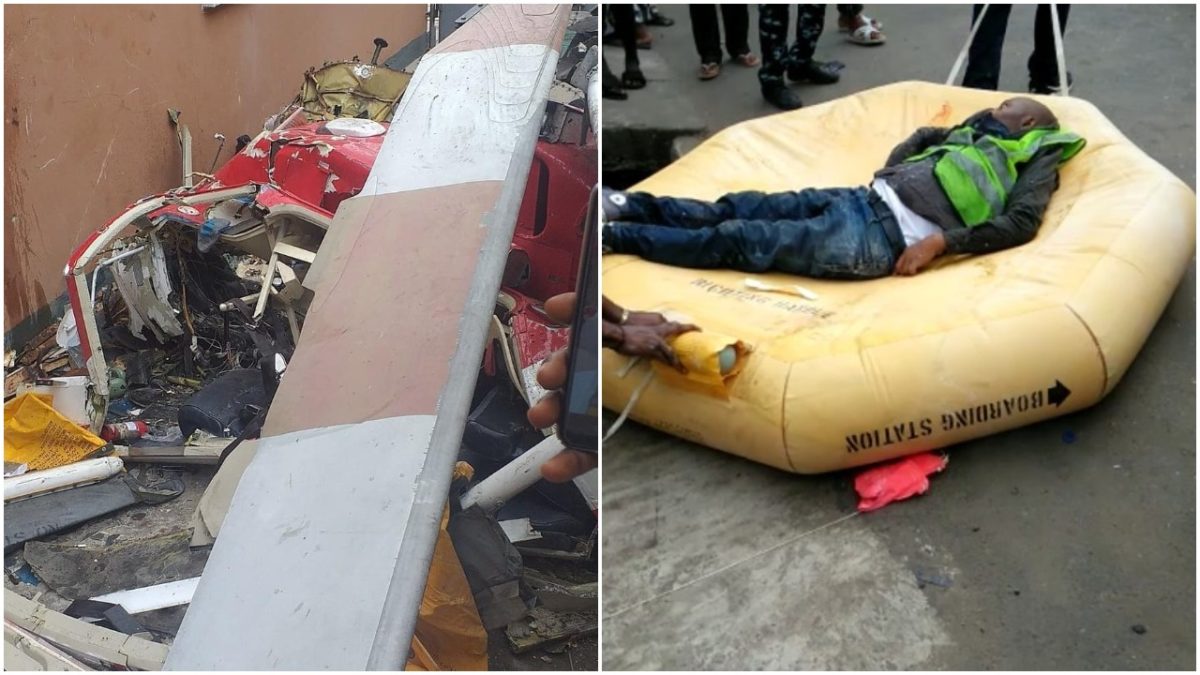 From the Eye Witness scene , two people have been confirmed death,most likely the Pilot

from the crash site by the Lagos State Emergency services (LASEMA)

“The Lagos State Emergency services are on ground.

its resources to the helicopter crash at 16A Salvation Opebi Road, today,

“Operations ongoing. Updates to be forwarded.” The emergency service tweeted.

escaped death as the  official Helicopter that carried him to Kogi State Crashed moments after taking off.