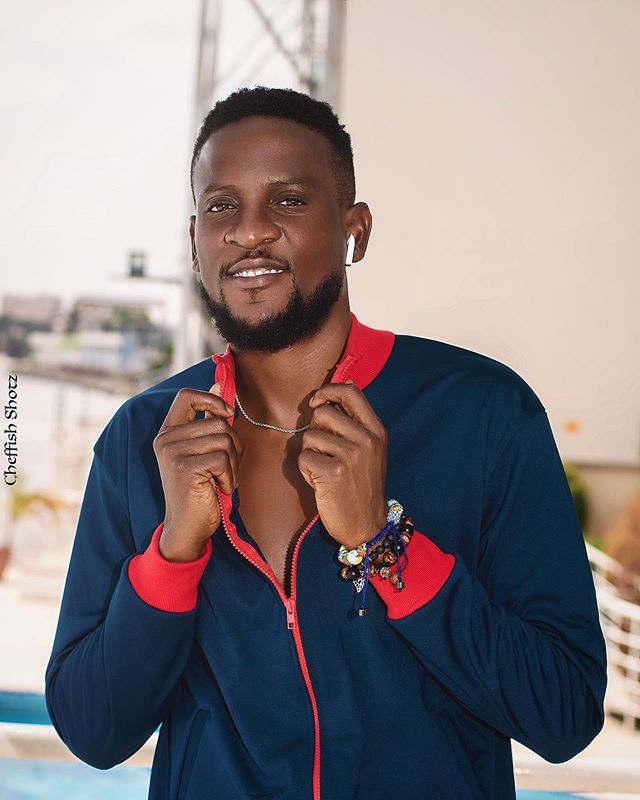 Reality star, Omashola have been forced to face the wrath of some Nigerians on social media after he claimed the ongoing Big Brother Naija ‘Lockdown’ is boring without Lucy and Erica.

disqualified after she breached some house rules that can not be

house, Omashola took to his social media platforms to state how sad it is to have

According to the season four finalist, the show have become boring ever since Lucy

are now eager to win the cash prize. 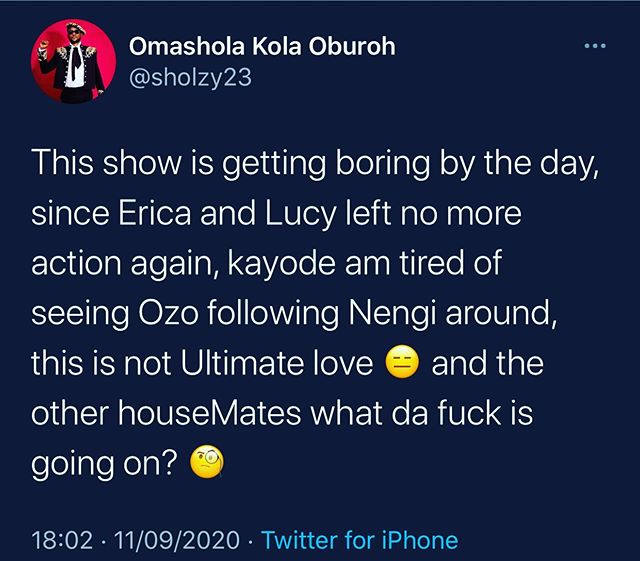 His post have however sparked different reactions from fans and followers of the show as some noted how boring he was during his time at the show.

also boring during his time at the season four edition.

Omashola set was so boring that Biggie had to send Venita,cindy and Elozonam to rescue the show. He had no content aside shouting warri street. He is just chasing clout??#BBNaija pic.twitter.com/27h6Lt3N5M

Omashola is bringing down the same show that gave him fame?

Even Omashola is chasing clout with my Ozo? Same Omashola that lost Venita to Frodd and lost Kim to money bags? E be things ooo #BBNaija pic.twitter.com/qOjgGG1wPp

Omashola, no wonder Kim left you. Old man with the brain of a 6 years old child. Ozo and Nengi matter will remain in that house till the last day. Their matter will give high blood pressure. Deranged and psychopathic human being. pic.twitter.com/jp0nwVrmaO

So Omashola is complaining about the show been boring….. Well a pleasure to remind Omashola that shouting Warri won't and can never be called fun ???…..having disputes too, isn't ??? pic.twitter.com/fuD91zyJ38