Controversial male barbie, Idris Okuneye popularly known as Bobrisky have shown off the cool cash he made from his secret birthday party that was held in Lagos. 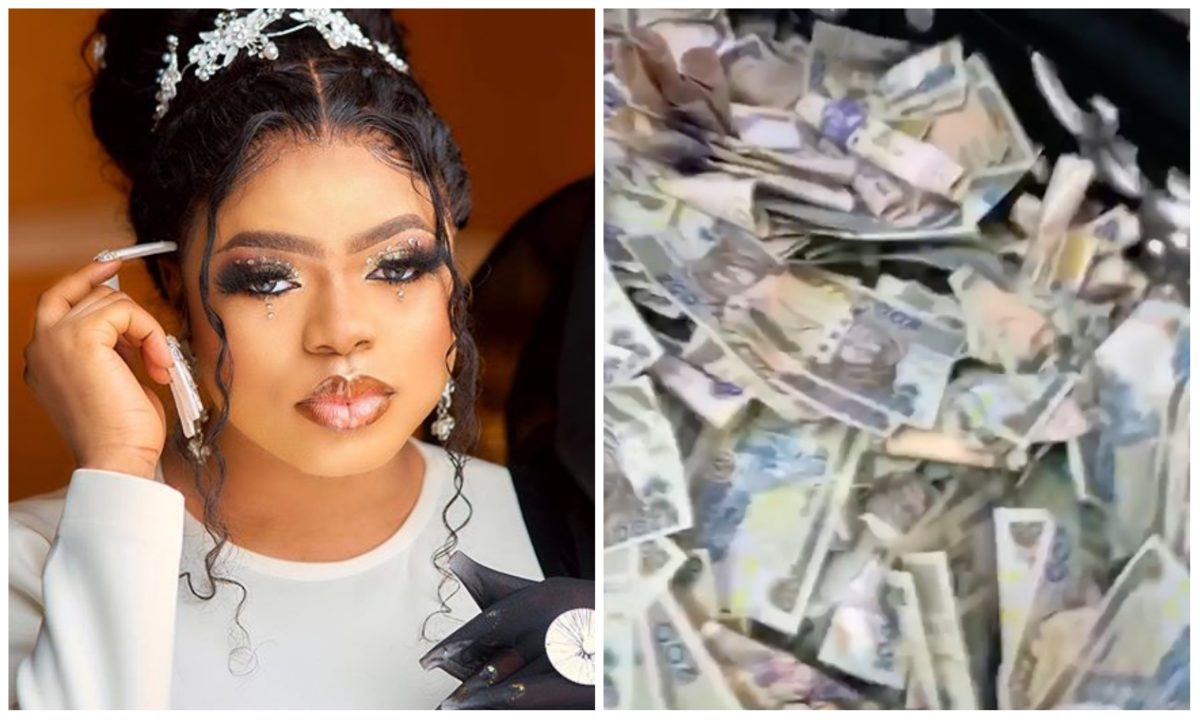 sure his day was more memorable when he hosted a secret birthday party, a year after

his birthday was crashed by police men.

top personalities in the country were present.

Top personalities like Mompha, DJ Consequence made their presence felt as

Bobrisky was showered with some cool cash.

move with richer people and stay away from haters and losers.

he made sure fans have a view of the money, a move that showed how much his

popularity have gone across the country.

See video of the money made below:

3full bags of money. Move with people richer or same standard with you. Stay away from looser and Ignore haters ??????. Sha be making money

Kanye gets tattoos of his mum & North’s birth-dates, Grabs Kim K’s butt and...

Johnson Olumide - Modified date: December 20, 2019 0
The Yezuz singer visited a tattoo shop and took a tattoo on his two hands and to a side of his head for his...

Adedokun Moses - Modified date: February 5, 2020 0
American rapper and singer, Lil Wayne has make another shocking statement about his citizenship noting that he his 53% Nigerian. According to Lil Wayne, he...

Adedokun Moses - Modified date: November 10, 2019 0
Following the Grand Finale of the reality show that took place yesterday where Mercy made history by becoming the first female to win the...

Johnson Olumide - Modified date: February 17, 2020 0
The TV personality looked super dupe hot in this Breast Jacket Suits and also radiating with Age too. i guess you wont Believe she is over...