Home Entertainment Don’t let money be the reason why you are not happy —... 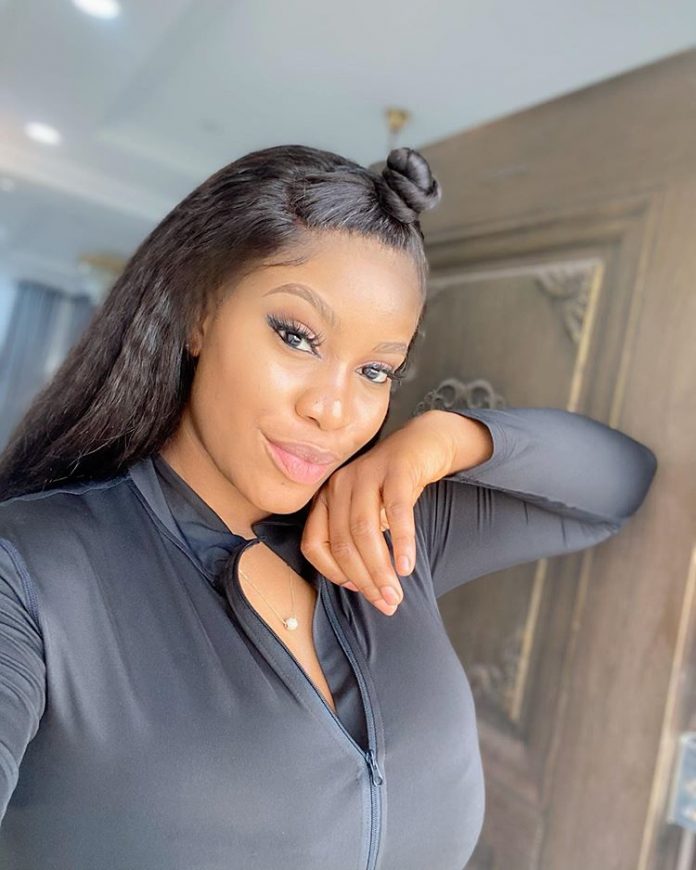 Money is that one thing that answereth all things according to the bible, it also says its the root of all evil. 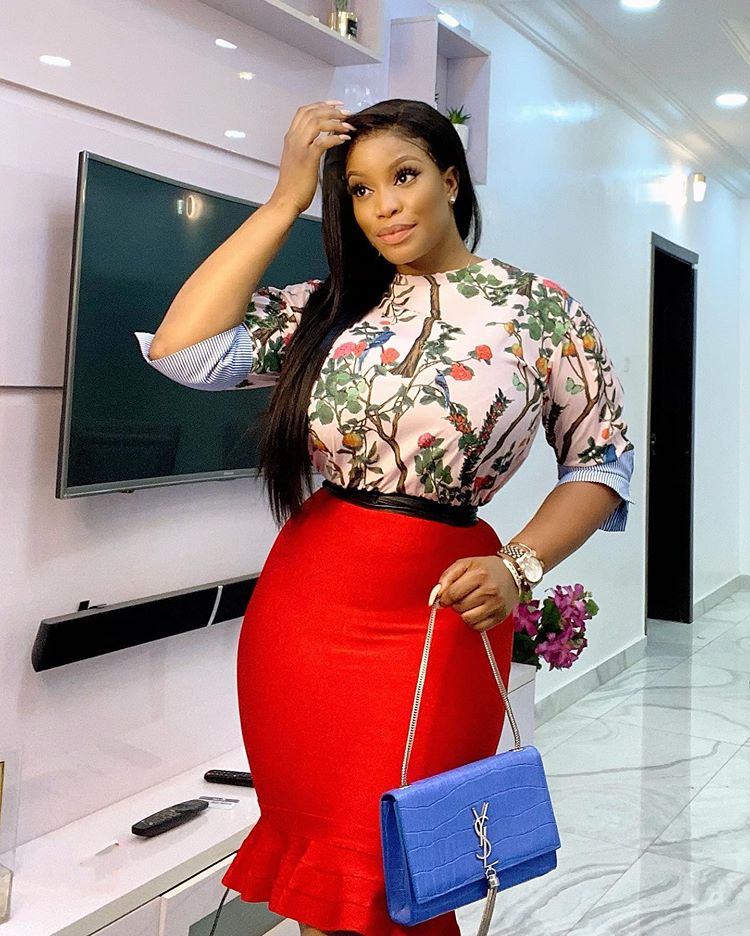 A lot of humans feel having many will bring them happiness and Satisfaction, but Popular Celebrity, Influencer and Actress, Eriata Ese is of a different Opinion.

to her fans as she lets them know that Money should not be the reason they are staying Happy. 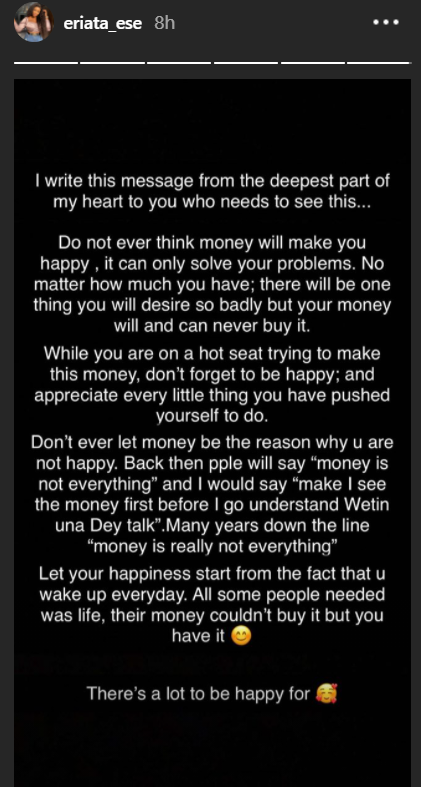 In her lengthy message , Eriata confirmed she used to be in that school of thought that

READ ALSO
Viral Video: Best soccer moments you would ever see this week, by a pretty lady

money is Happiness, but years down the line she discovered that there will always

be one thing you would want that no amount of money you have can ever Buy.

She Concluded by saying that , everyone’s happiness should come from the little things,

like the fact that we wake up everyday without having health issues, is something to be happy for.

Violette - November 10, 2019 0
Former Big Brother Naija housemate, Venita Akpofure has showed her fans how endowed she his as she shows off her behind. Venita Akpofure who joined...

“Tonto Dikeh is my mummy” – Bobrisky declares, blast haters waiting for their fallout

Violette - February 16, 2021 0
Controversial Nigerian cross-dresser Bobrisky has once again pledged his loyalty to the friendship between him and actress Tonto Dikeh as he attacks fans waiting...