Home Entertainment If you must show your pregnancy, don’t go nude — Kemi Olunloyo...

Popular Nigerian journalist, Kemi Olunloyo has offered a piece of advice to women on social media concerning how they celebrate their pregnancy. 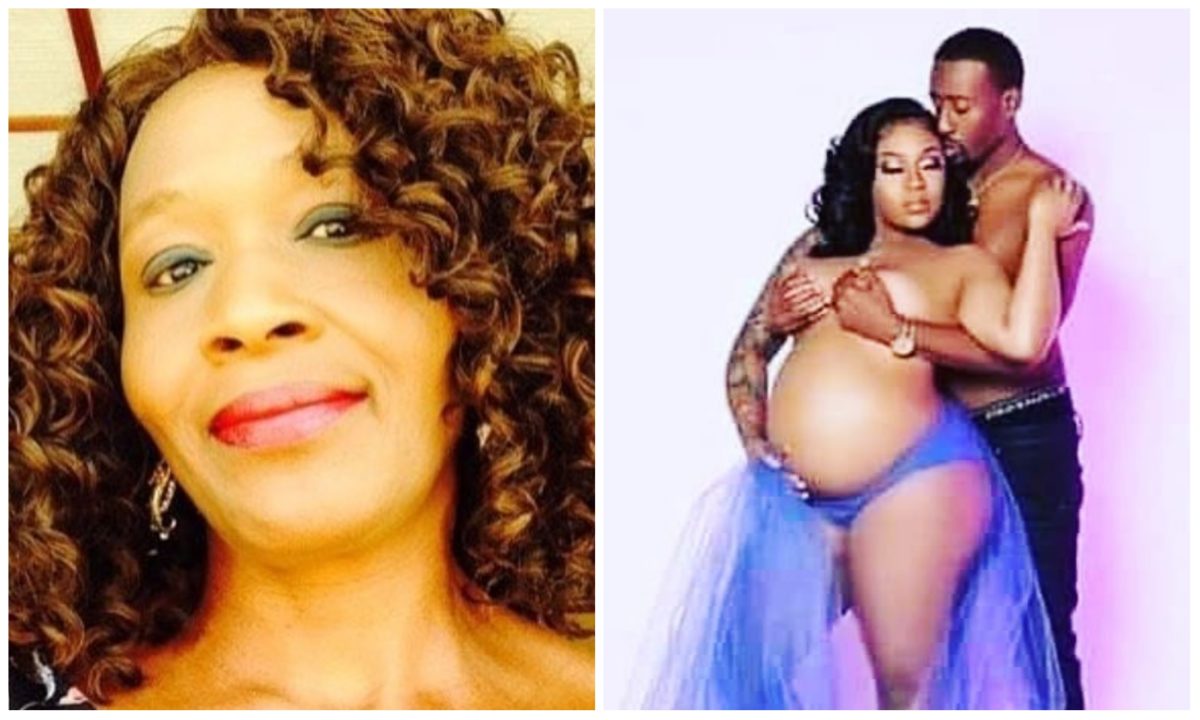 and pregnant women are not excluded as pregnancy shoot have become

and Kemi Olunloyo is not a fan of this as she urged ladies to desist from such act,

they show not go too far while trying to share their excitement with the world.

According to Kemi Olunloyo, pregnancy shoot have been linked to many spiritual

tragedies which includes death of child or the mother.

“Pregnancy shoots did not exist when I was pregnant with my children. Today they’ve been linked with many spiritual tragedies, death of the child, the mom or both. If you must show your pregnancy, pls have clothes on. It’s MY OPINION AND MINE ONLY??? #kemitalksfamily” 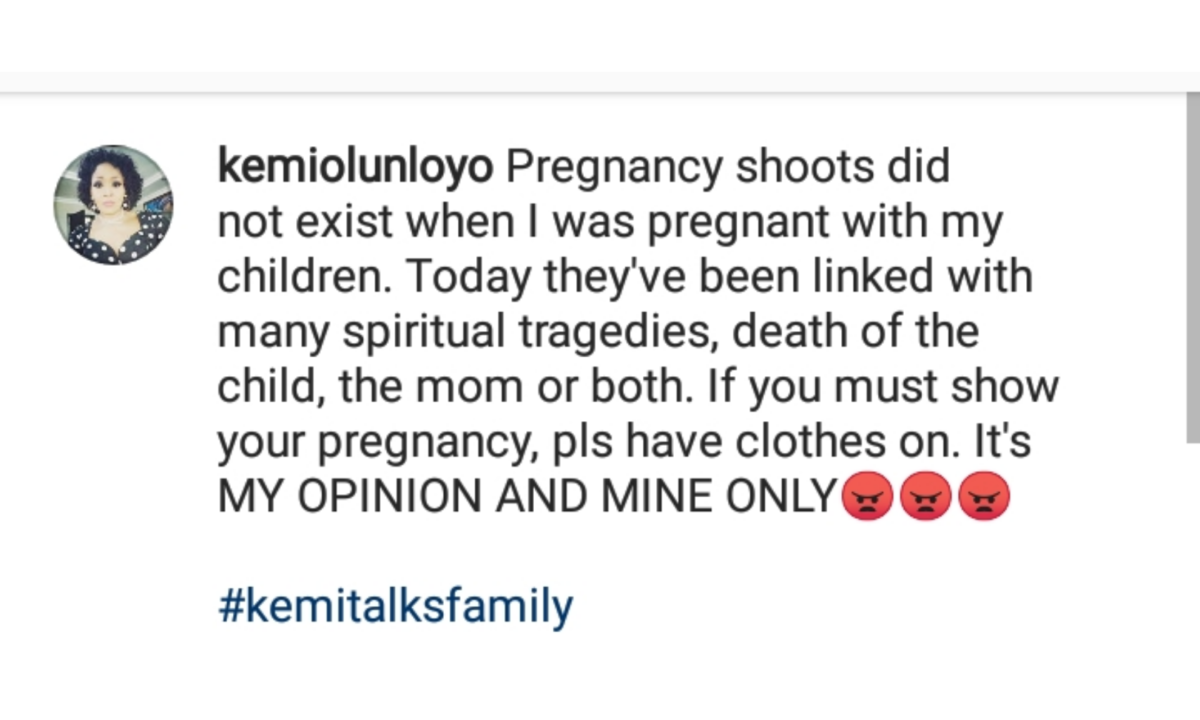 Johnson Olumide - March 21, 2020 0
Popular Nollywood actress, Kemi Afolabi, recently shared her frustrations with the deplorable state of a government hospital she recently visited in Lagos. In an interview...

AUDIO: Only Naira Marley has sang songs I wished I had sing – Wizkid...

Violette - November 10, 2020 0
Multiple award winning singer and songwriter, Wizkid have stated that only controversial singer, Naira Marley, has sang songs he wished he has sing. Wizkid is...

Lots of Guys insult me when I don’t agree to go out with them...

Johnson Olumide - March 21, 2020 0
They say for everything in life, there’s a price to pay. Perhaps, this much describes the experience of fashion/beauty blogger and influencer, Fanti Tukuwei...