Home Entertainment I didn’t protest because of my gender – Crossdresser, James Brown Reveals

The end sars protest and end Police Brutality is no longer news, but what might be interesting to know is that Nigeria’s Upcoming Cross-dresser, James brown took to his social media account to reveal why he didn’t join the Protest.

According to him, he was initially at the Protest ground but due to discrimination of his

personality and gender he had to leave the venue.

of Death is the Beginning of Wisdom.

language saying ‘they didn’t caught me’.

James arrested by policemen alongside others and paraded for being suspected to be gay,

made the rounds on social media.

See James brown post below as he express that he didn’t protest because of my gender. 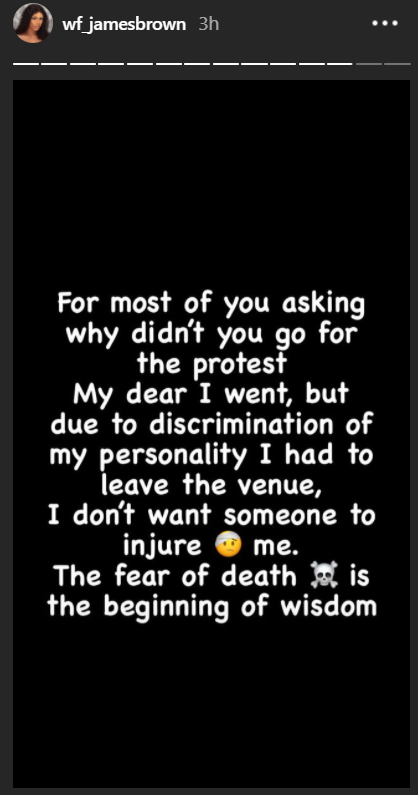