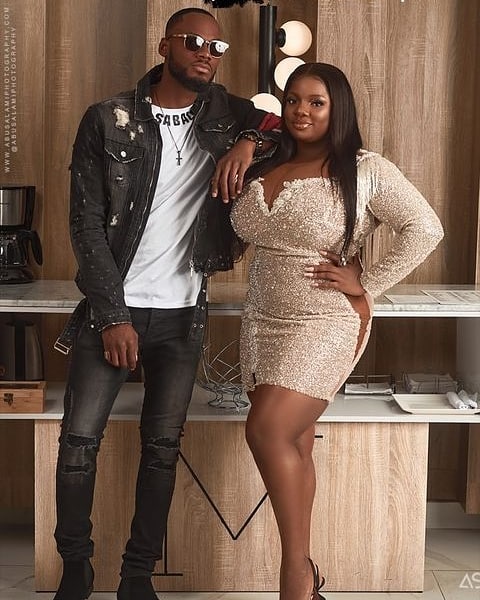 The Big Brother Naija show might have ended some months ago but finalist, Dorathy is still in the news as a Twitter user have called her out for snatching another person’s boyfriend. 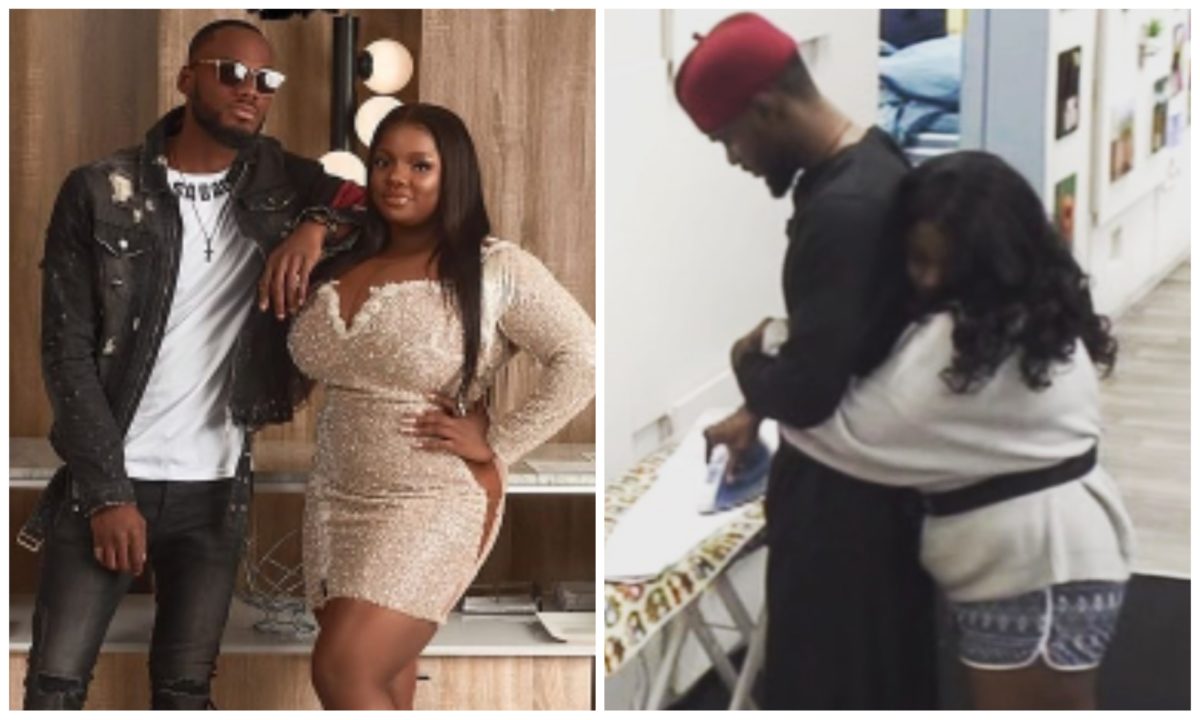 a good relationship with.

The Twitter user who is apparently a strong fan of BBNaija star, TBaj, was curious to know how

Dorathy manages to sleep at night.

“@Thedorathybachor come and tell me which charm u used in holding @PrinceNEnwerem
Boyfriend snatcher like u. U broke ur fellow woman’s heart nd took what belongs to her how do u sleep at night knowing that he doesn’t love u nd that one day his eyes will clear…u will regret this”, she said. 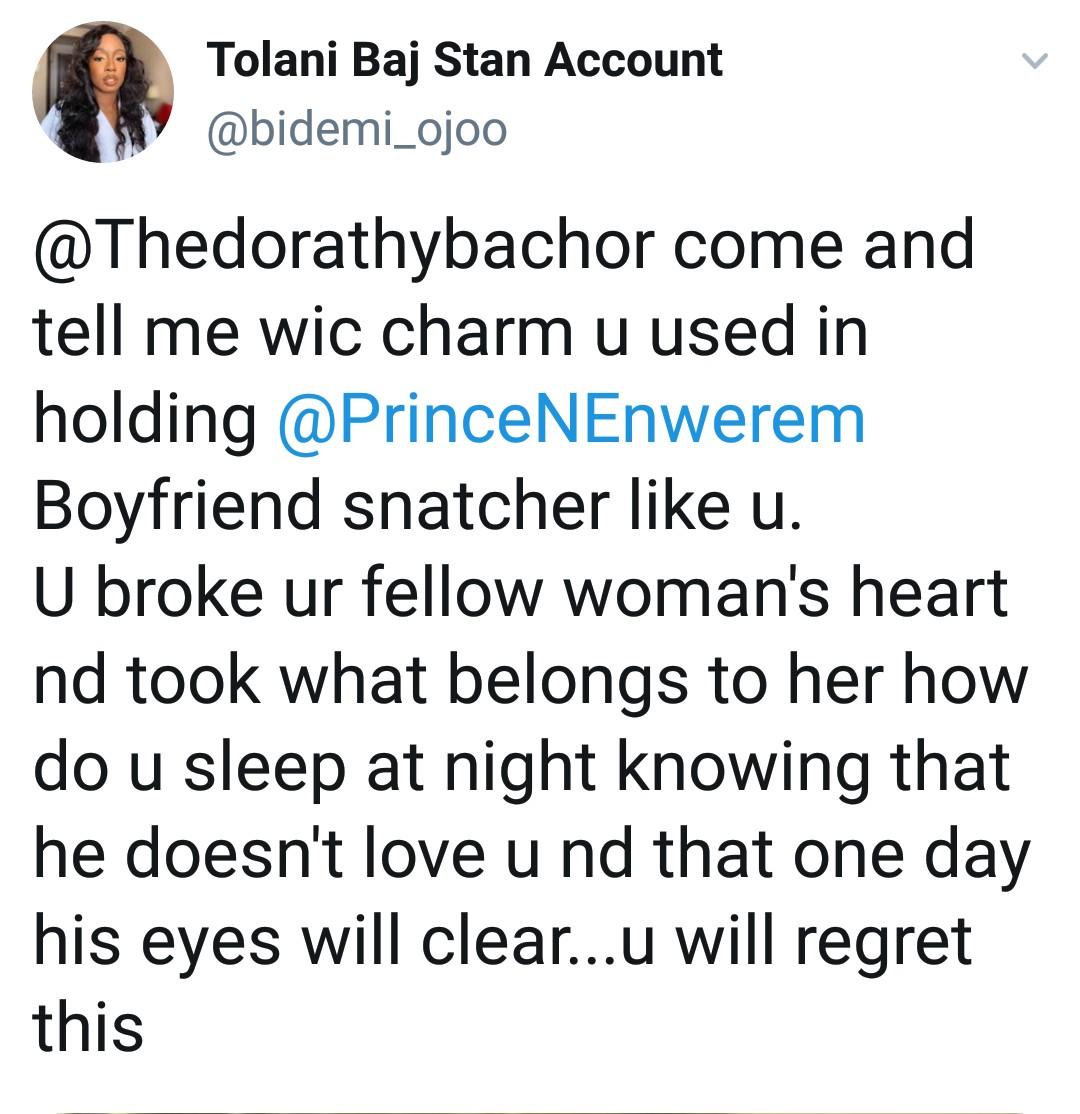 However, Dorathy’s fans were not having it as they attacked her and also channeled the

dragging to her favourite Tolani Baj. 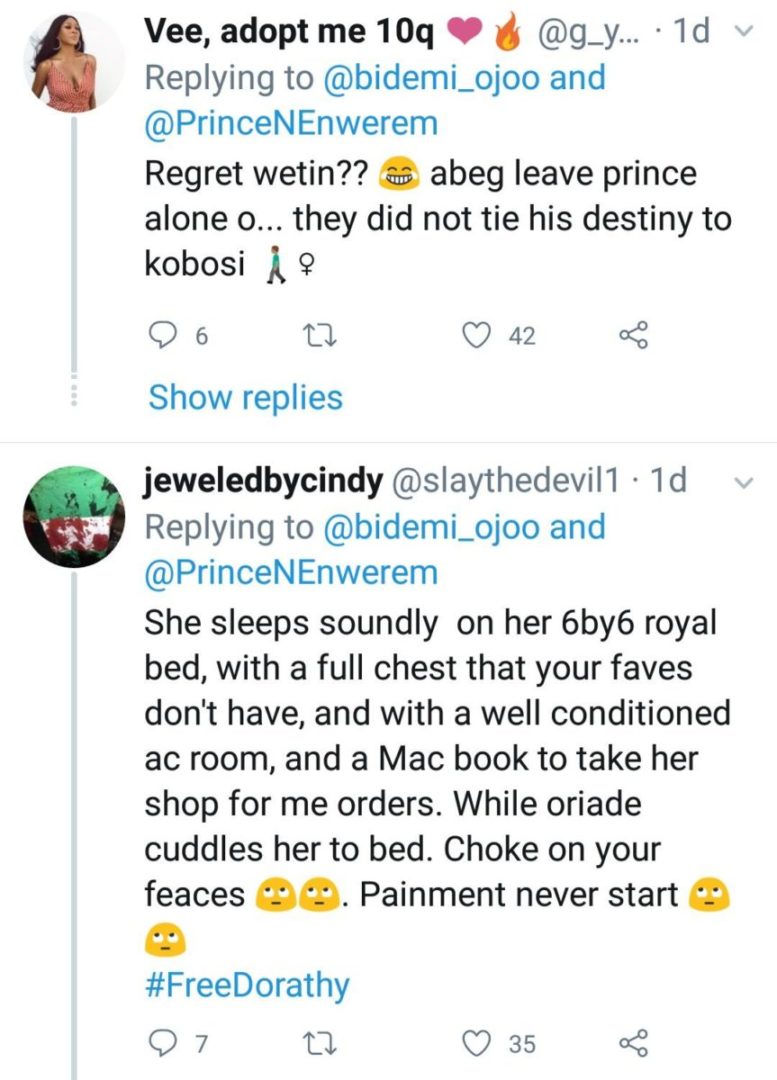 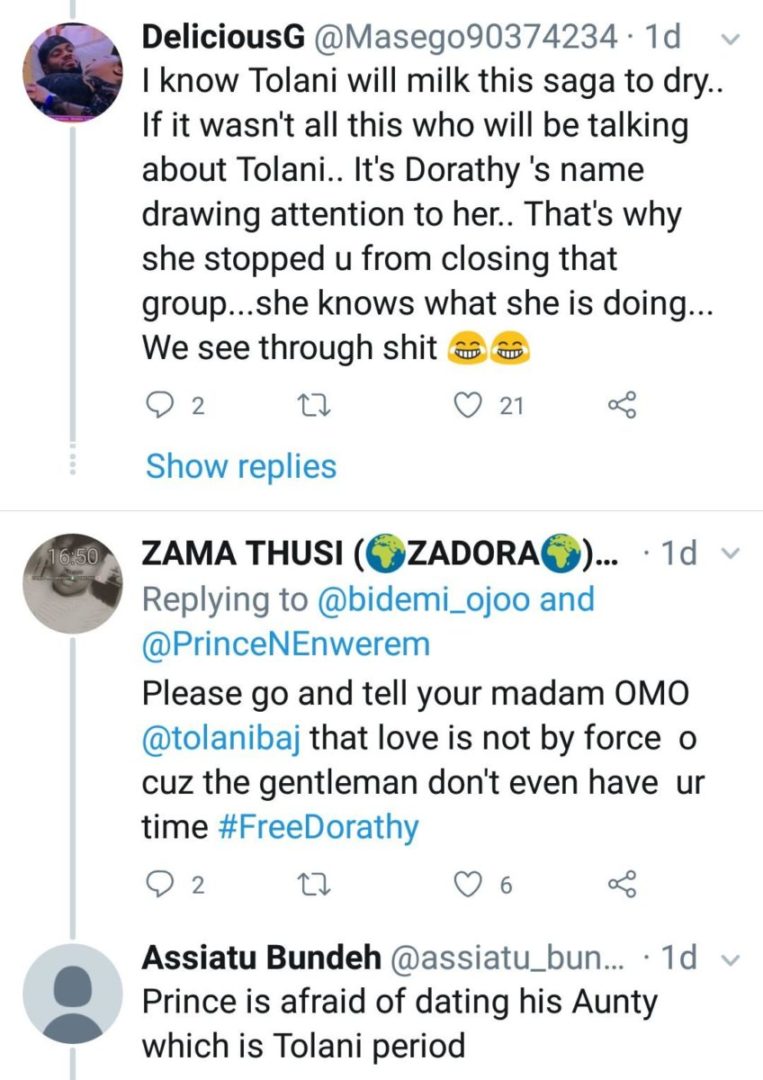 Tolanibaj and Prince used to be best of friends before she was evicted at the Big Brother Naija show and Dorathy was able to walk her way into Prince heart and they’ve grown a good bond ever since then.

“A Big Person with a baby heart” – Davido pens emotional note to his...

Violette - December 9, 2020 0
Afropop singer and songwriter, Davido have taken to social media to pen an emotional note to his late bodyguard, Tee Jay, who passed away...

Johnson Olumide - January 2, 2022 0
The 2021 BBNaija reality Show Season took a twist this evening as Ebuka the Host Introduced two more new male Housemates and one of...

Violette - March 2, 2020 0
Singer and songwriter, Kizz Daniel EP is one every music lovers have been waiting for and now their prayers has been answered. Kizz Daniel has...

Johnson Olumide - December 20, 2019 0
Nollywood Actress, Regina Daniels is the most followed teenage actress on Instagram and she is set to consolidate her popularity with a new record. She...