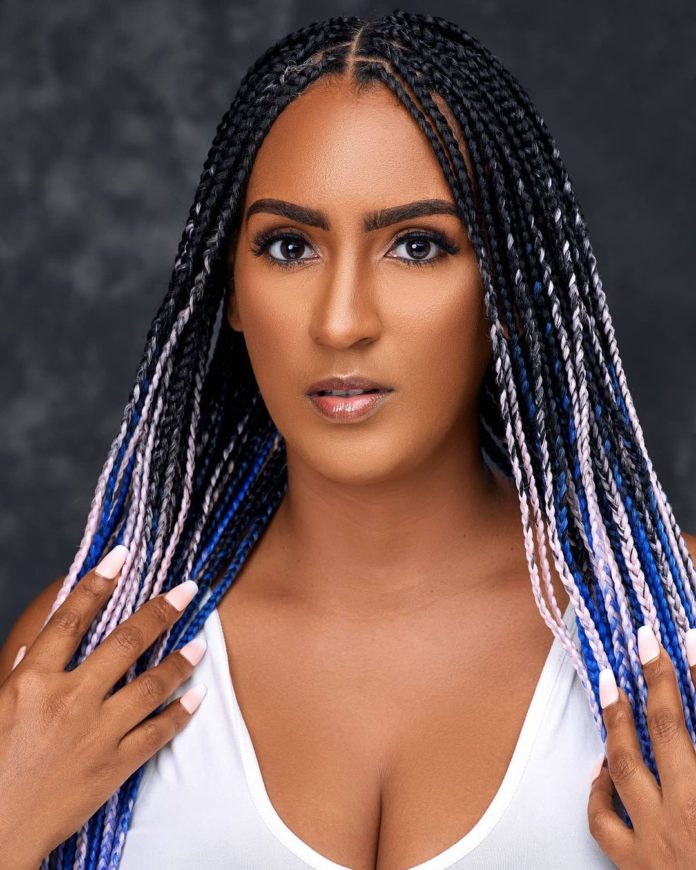 Veteran Ghanaian actress, author and entrepreneur, Juliet Ibrahim have shared her first heartbreak story and it’s one all her fans will be eager to hear. 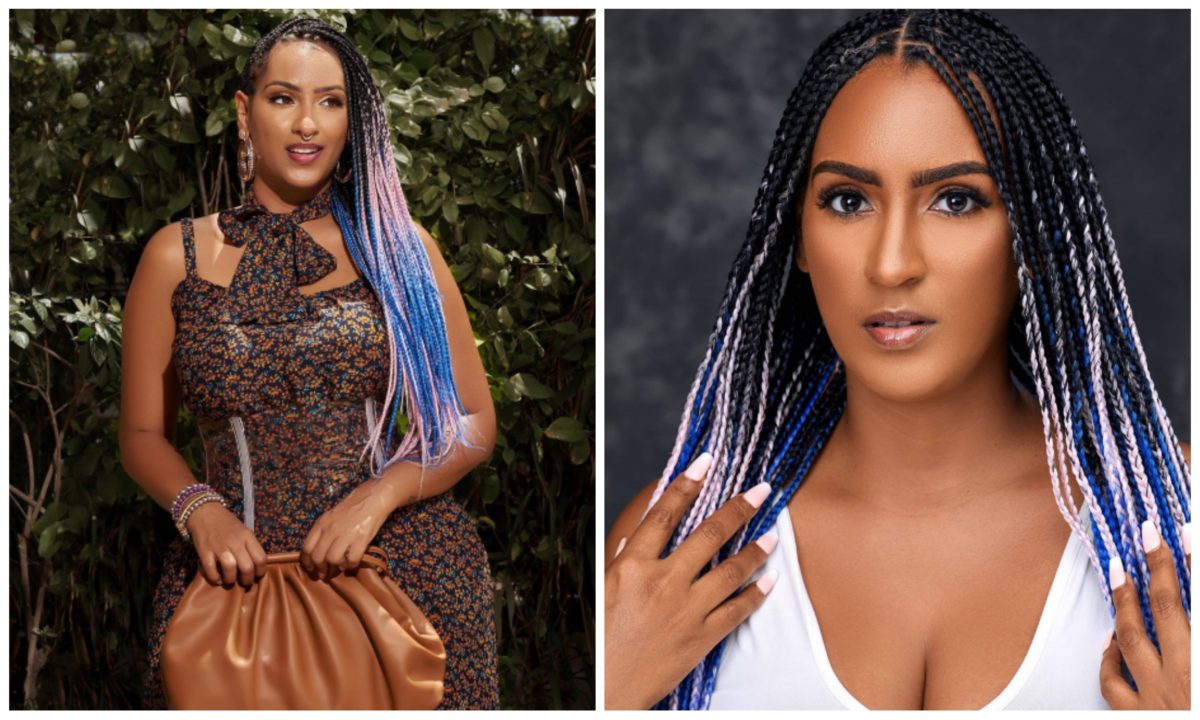 surprise when social media started buzzing some days ago as users

heart was broken by either their ex boyfriend or their former girlfriend.

Juliet Ibrahim who was once dating Nigerian rapper, Iceberg Slim, have now shared details of

how she was betrayed by her then boyfriend who cheated on her with those very close to her.

According to Juliet Ibrahim, her ex boyfriend cheated on her with her cousin and

her best friend as she could do nothing but weep her heart out.

up fighting themselves and this made her have the last laugh. 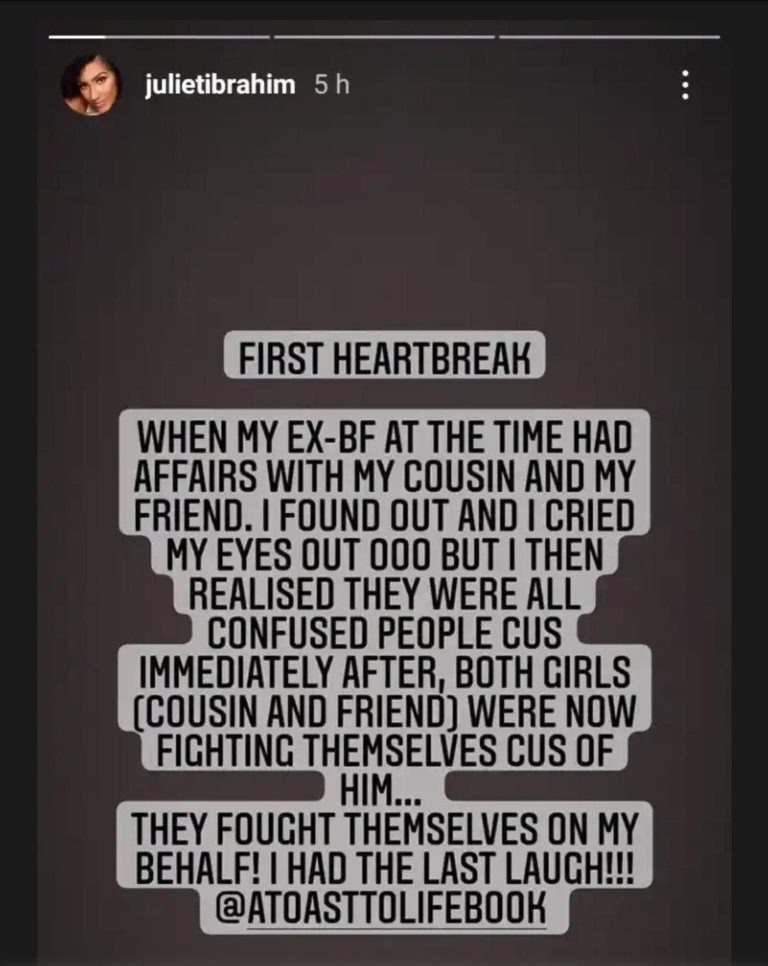 Juliet Ibrahim seems have been able to move on from all the heartbreaks she’s suffered in the hands of men as she’s been able to make a name for herself in the entertainment industry.

READ ALSO
SEE RIDICULOUS COMMENTS OF BOVI,JULIET IBRAHIM,BRODA SHAGGI AND OTHER CELEBRITIES AS LINDA IKEJI REVEALS THE FOUNDER OF INSTABLOG9JA

Will I get BBNaija type gift? – Adekunle Gold ask fans as he anticipates his 34th birthday

Violette - July 21, 2018 0
Worshippers and priests have been left shocked after seeing a statue of Virgin Mary ‘weeping’ olive oil, according to new reports. The leaders of the...

‘It’s a dream come true’ – Odion Ighalo as he finally arrives in Manchester...

Johnson Olumide - May 23, 2019 0
Global technology giant Midea Group in conjunction with the sole distributor of Midea products in Nigeria, Somotex Nigeria Limited, one of the biggest distributors...

Johnson Olumide - December 22, 2017 0
Actress Mercy Aigbe came under some heat following a sexy photo of herself she posted on IG. The mom of two wowed in a high...