Home Entertainment Don Jazzy in search of a new girlfriend as he hints that...

Nigeria music executive Don Jazzy has taken to social media to reveal how urgent it is that he gets a new girlfriend as it’s obvious his crush, Rihanna is pregnant. 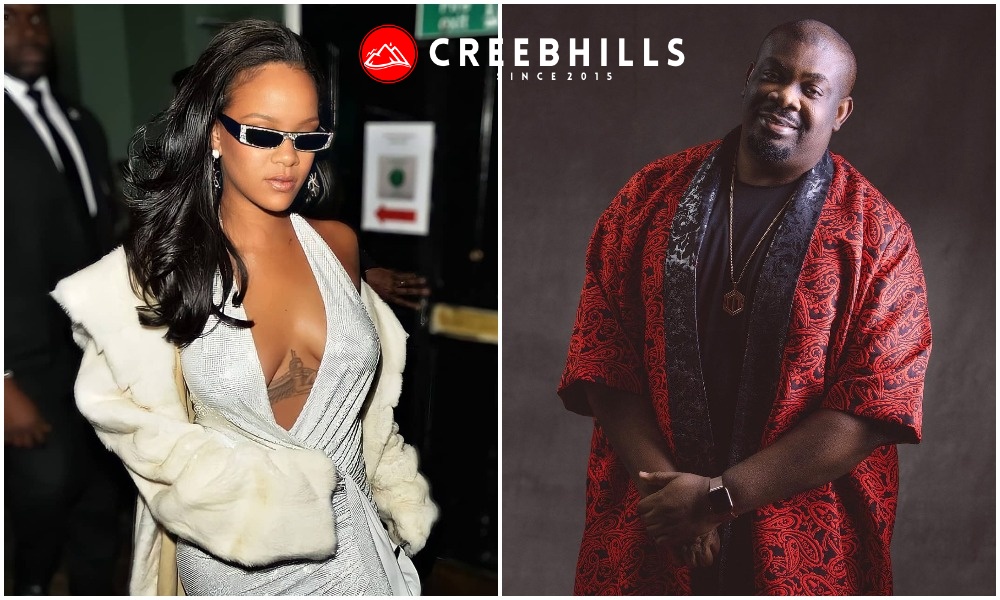 Don Jazzy has become one of the most successful entertainers in Nigeria as he has been able to build a great brand in his record label, Mavins Record which boasts one of the best singers in the country.

However, the award-winning music producer has been unable to get things right when it comes to his love life as he’s still single despite celebrating his 38th birthday some days ago.

I really need a new bae. Cos e don sure say Rihanna go get belle ASAP.

You’re going to hell if you answer a phone call by saying hello –...

Violette - January 19, 2021 0
Popular Ghanaian clergyman, Evangelist Papa Shee has made an absurd statement that further deepens the buffoonery that shrouds religion and Christianity on a broader...

Us Female Singer, K Michelle shows of her Sexiness in Black Leather Pants and...

Johnson Olumide - February 17, 2020 0
The 31 year-old singer has been in fine form in terms of her music and progress made on her fourth coming Album, in fact...

Violette - February 2, 2021 0
Social media star and YouTube personality Kayla Nicole Jones, has finally welcomed her child with her fiancee and it's an adorable baby boy. It...