Home Entertainment Celebrities “I was suicidal at one point in my life”– Ex-beauty queen, Anna... 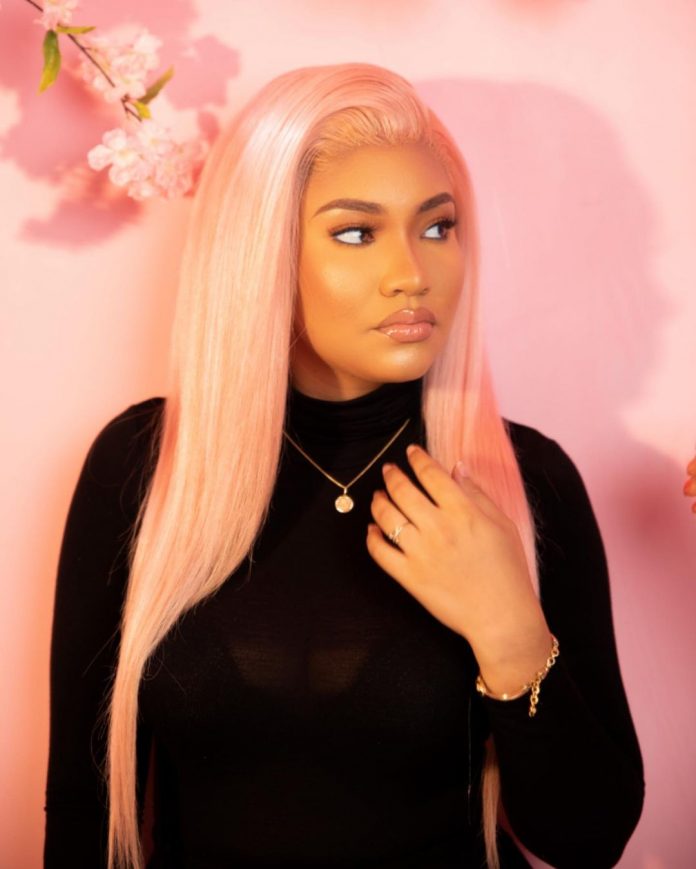 Former Beauty queen Anna Banner has taken to social media to reflect on her past as she noted that she has once considered suicide. 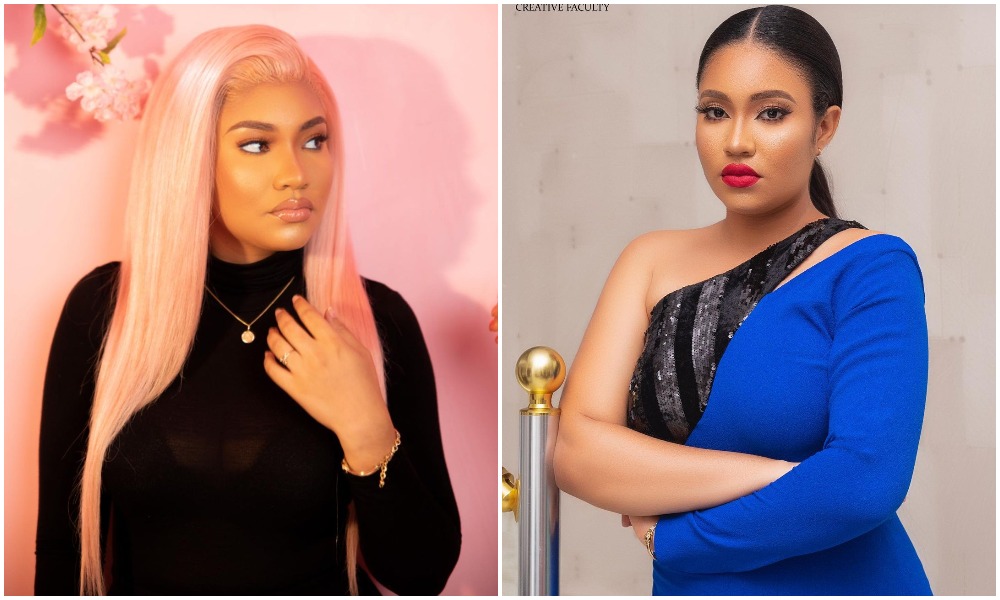 Anna Banner rose to the spotlight when she was named the most beautiful girl in Nigeria during the 2012 edition of the show.

She has gone on to become one of the best brand influencers, actress, and fashionista in the entertainment industry.

However, no one would have predicted what she has been going through in her private life as she opened up on how she was on the verge of committing suicide.

Anna Banner via a series of posts on her official Instagram account noted that for the past six years she’s had a sad birthday experience.

The beautiful screen diva noted that she has always been forced to wear a smile that will cover the sadness and pain she’s going through.

Anna Banner who has a lovely daughter with talented singer Flavour revealed how she has struggled with life despite the beautiful pictures being posted on social media, adding that she never knew what depression was until she experienced it. 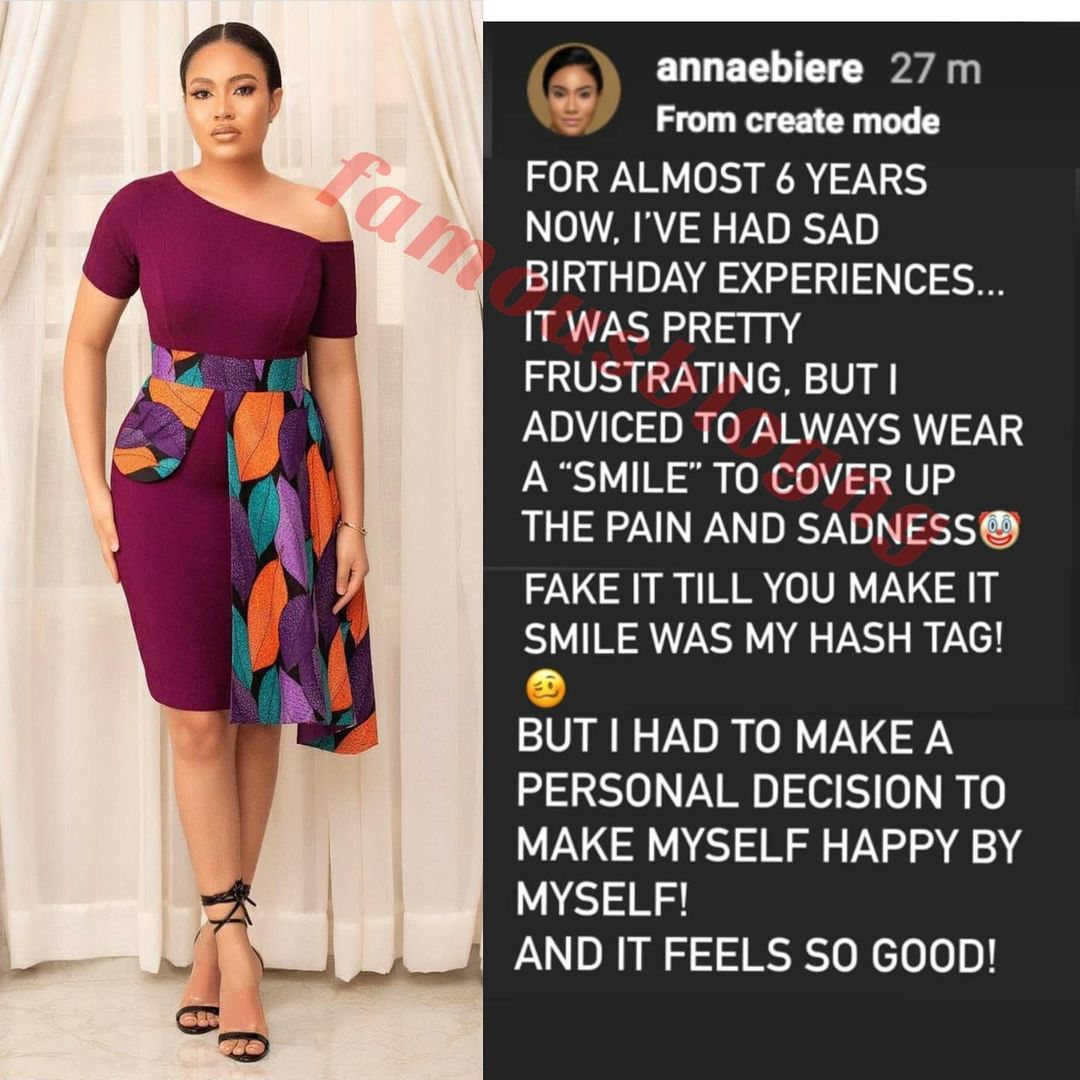 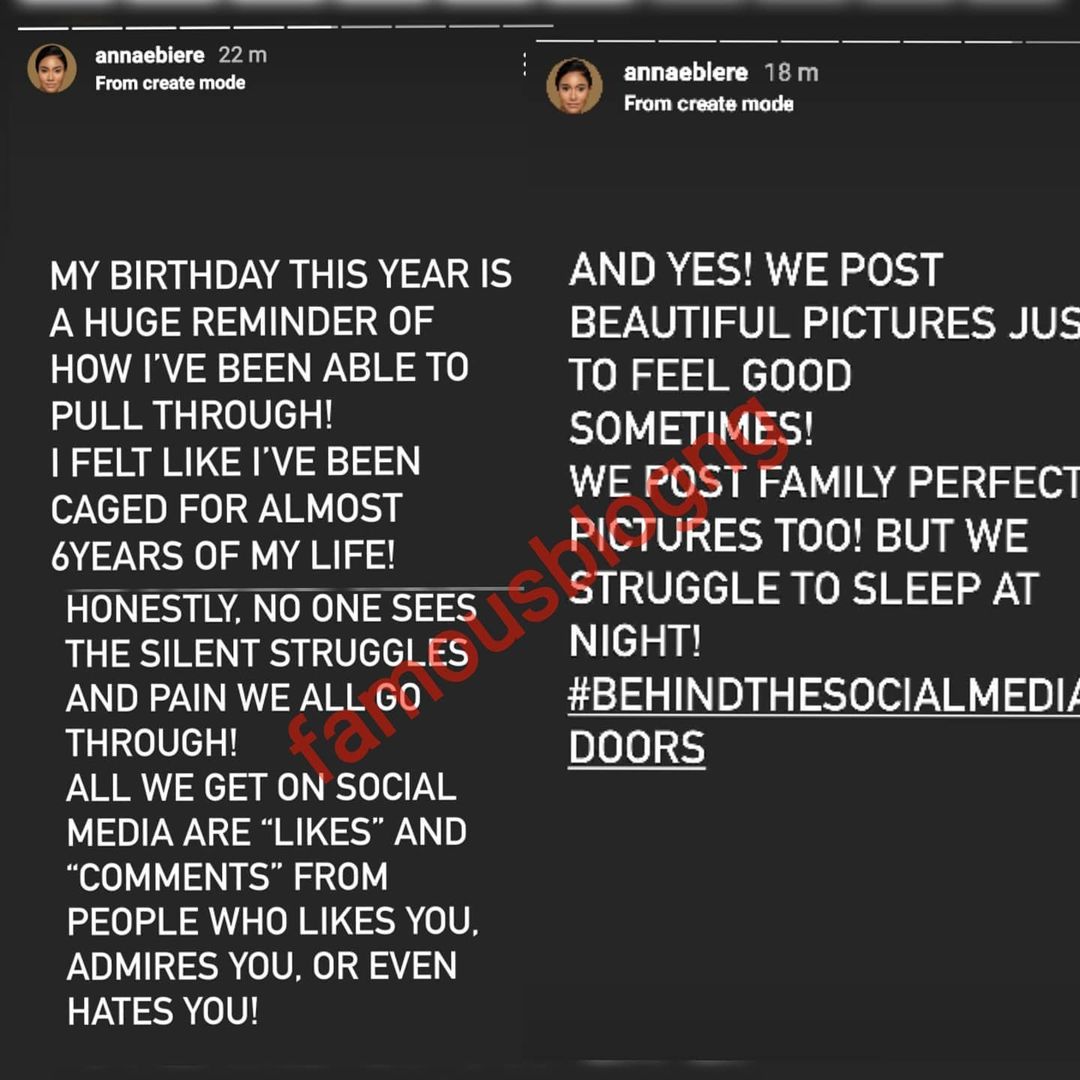 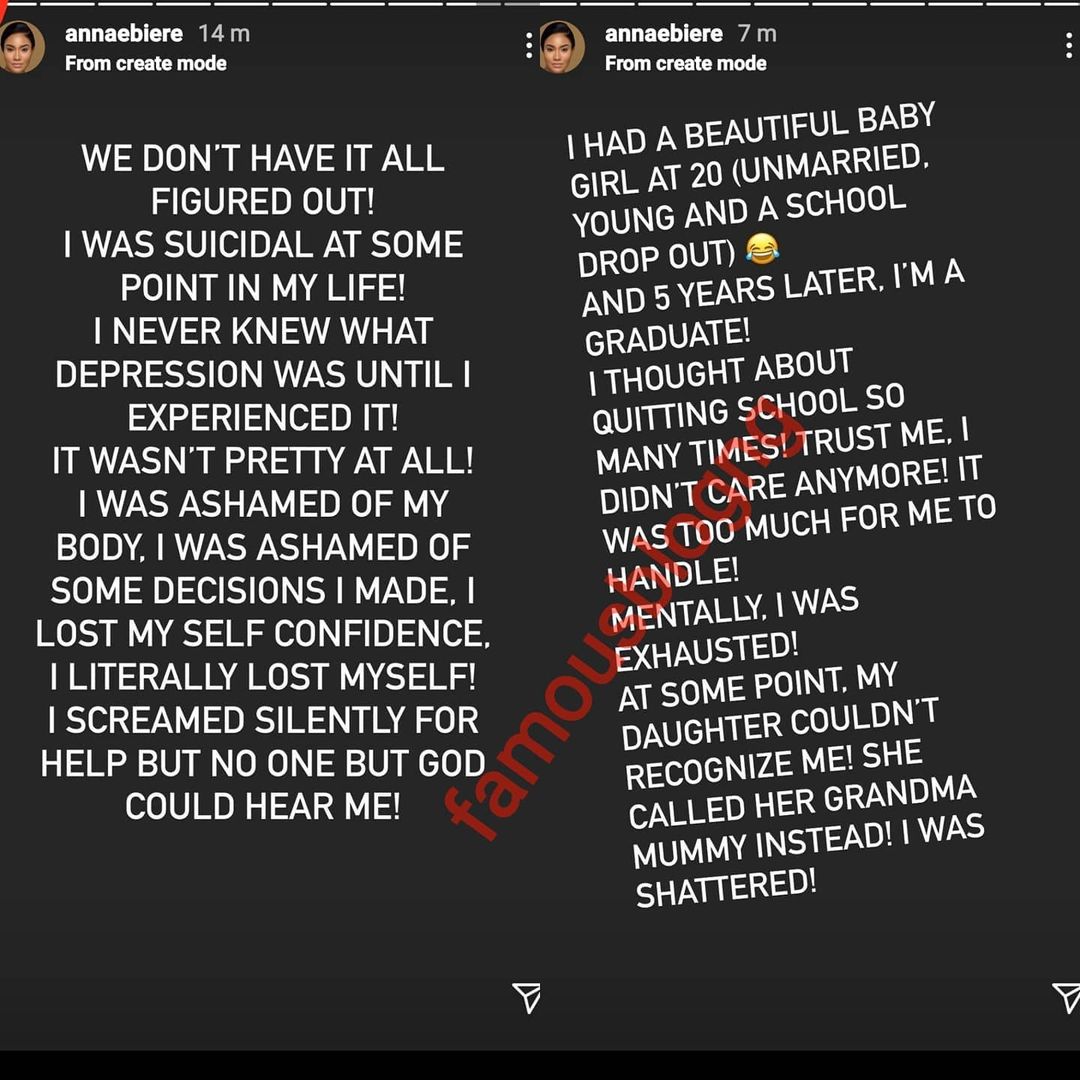 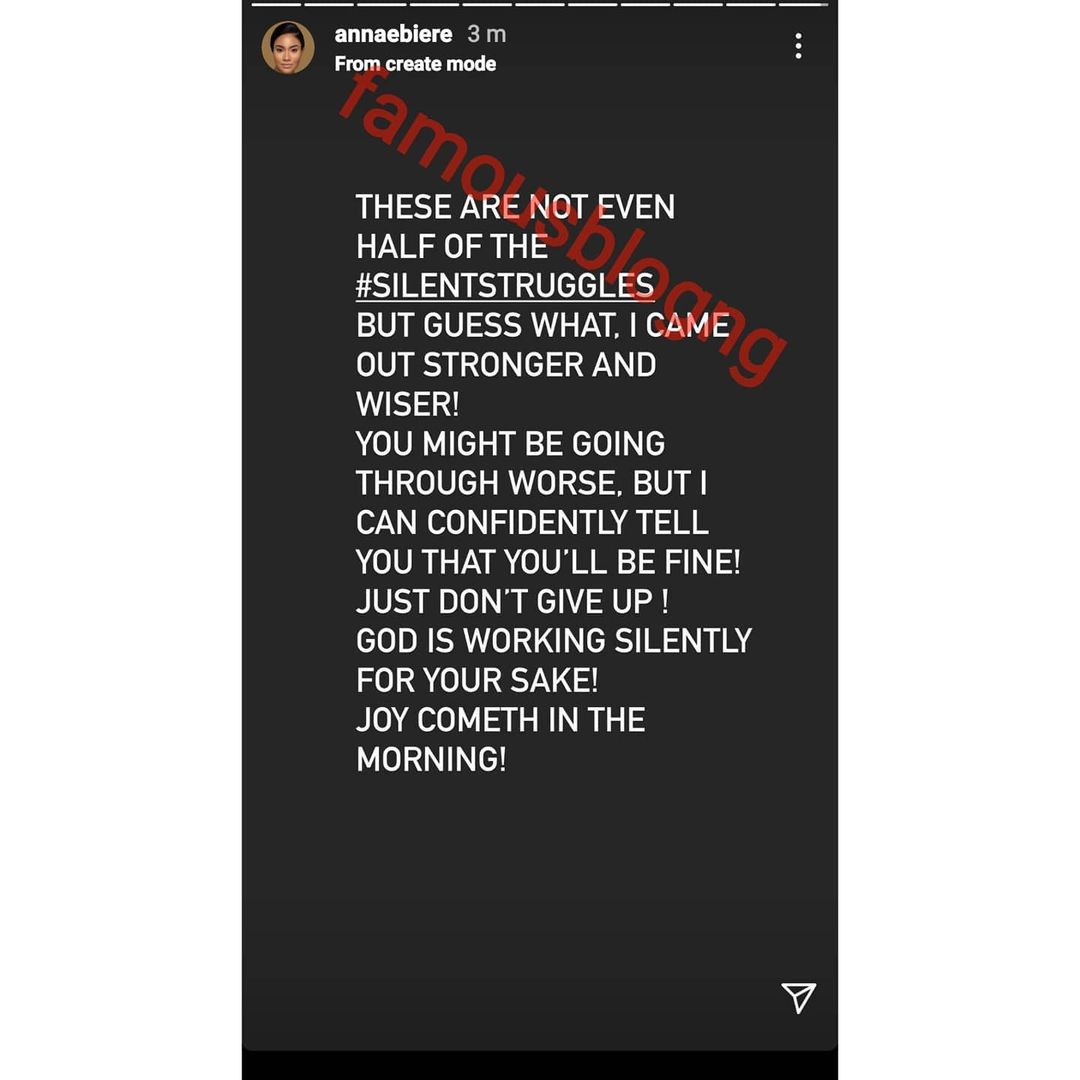